Local residents are rallying against the arrival of the evacuees from Wuhan. 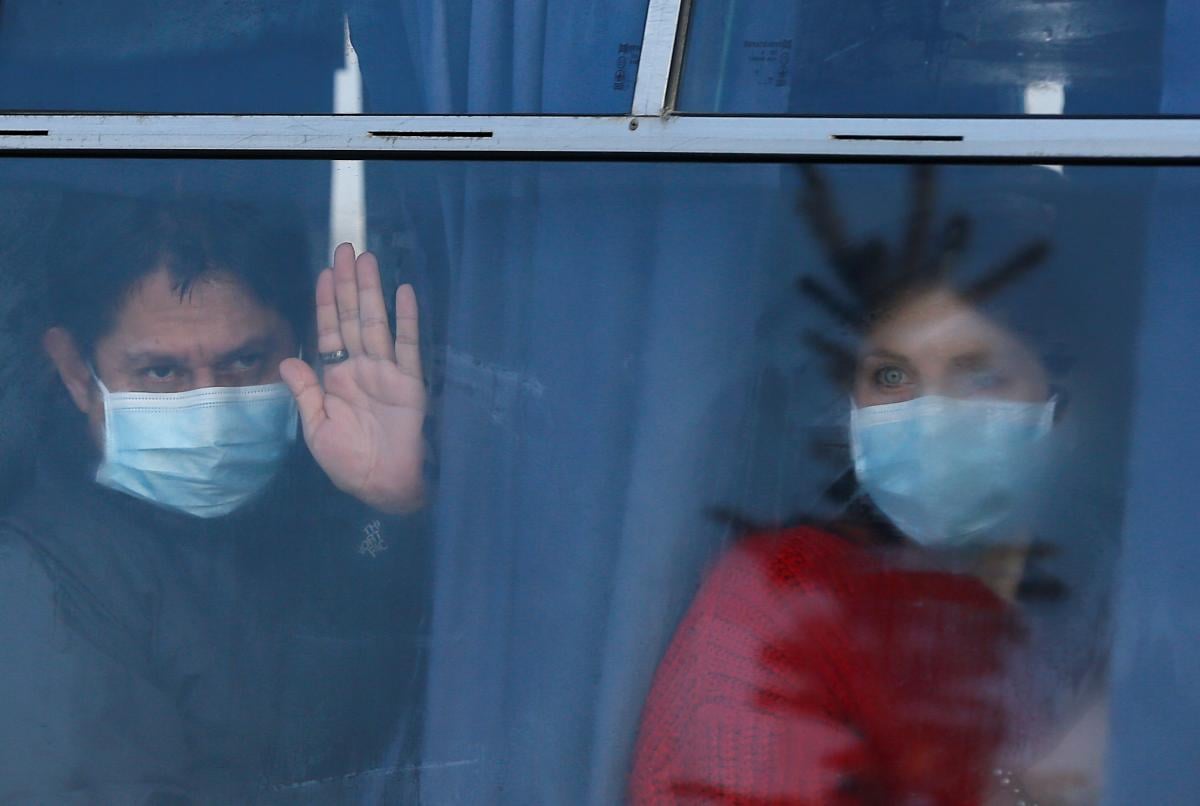 Ukrainian citizens and foreigners evacuated from the Chinese city of Wuhan, the epicenter of the novel coronavirus outbreak, are arriving in the town of Novi Sanzhary, Ukraine's Poltava region, while police are dispersing protesters to unblock roads.

The evacuees will be accommodated at the National Guard's medical center in Novi Sanzhary.

Local residents have blocked roads in protest against the arrival of the evacuees from Wuhan.

Earlier, a truck blocked the entrance to the medical center. Poltava region's governor said that if people did not clear the way, then the evacuated Ukrainians would walk from the buses to the center.

At 18:50 Kyiv time, police started pushing protesters away from the road to let the buses with the evacuees pass.

According to a UNIAN correspondent, residents of Novi Sanzhary are trying to resist, but are outnumbered by the police. Clashes have begun. Meanwhile, the protesters have been pushed back from the main road to the side. Law enforcement authorities have cleared the road.

The most active protesters in the rallies have been detained by the police. Residents of Novi Sanzhary are shouting: "Shame!"

According to a UNIAN correspondent, the police tried to detain the violators. Clashes began again. However, then the police were ordered to retreat, and fire engines started extinguishing the fire. One of the men felt ill and protesters blamed the police, claiming they had killed the man.

Yet, an ambulance was unable to drive through because of the clashes. Doctors had to walk to get to the victim and provide medical aid to him.

At 19:50 Kyiv time, the buses arrived at the destination.

According to a UNIAN correspondent, residents of Novi Sanzhary tried not to let them get to the medical center and even started throwing stones at the buses. The residents were also shouting protest slogans.

As many as seven buses arrived. Their drivers were wearing protective suits, and the passengers had protective masks on them. The police pushed the protesters back. They started detaining those who had thrown stones at the buses, which was followed by clashes. The drivers drove into the center's territory. The local protesters continued arguing with the police.

As UNIAN reported, chartered flight PQ 7302 with Ukrainian citizens and foreigners evacuated from China landed at Kharkiv Airport on February 20. Then the evacuees were taken to the National Guard's medical center in Novi Sanzhary.

If you see a spelling error on our site, select it and press Ctrl+Enter
Tags:News of UkrainecoronavirusNovi Sanzhary