He thanked the police for their professionalism. 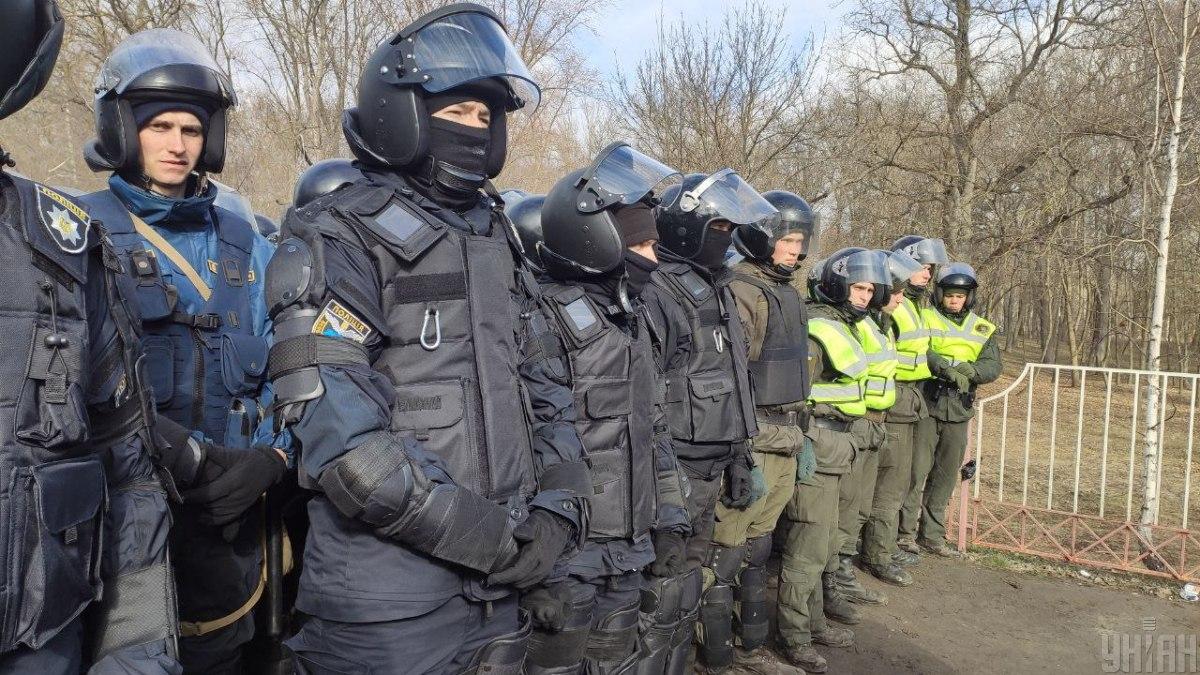 A dozen policemen have been injured / Photo from UNIAN

Over 10 police officers have been badly injured amid clashes with local residents in the town of Novi Sanzhary, Poltava region, who were protesting against the arrival of evacuees from the Chinese city of Wuhan, the epicenter of the novel coronavirus outbreak.

"Disappointment in people, in that moral system. It's a shame before the whole world! People [the evacuees] spent 22 hours on their way [home] and got such a reception... Let everyone think about it," he told journalists during a briefing in Novi Sanzhary on Thursday, February 20, after those who were evacuated from China had been accommodated in a local health center.

"Then drunk people [those who took part in the protest] tried to misuse the notion of patriotism. People don't think much about social values. I am ashamed of many things that have happened today. They may say that the authorities are bad, they may not trust the authorities, but people must always remain humans deep down in their heart," he said.

He thanked the police for their professionalism and called the events in Novi Sanzhary one of the biggest disappointments in his life.