Only 15% of respondents say they back such protests. 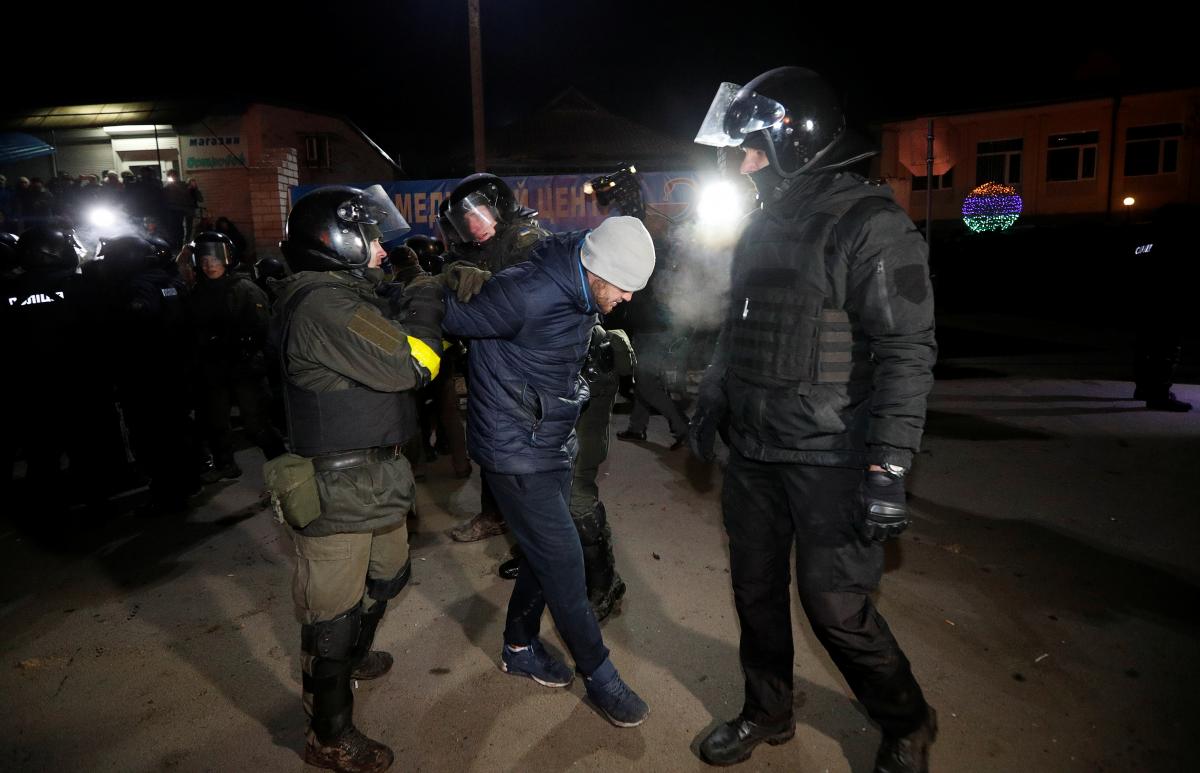 A total of 74% of Ukrainians do not support recent protests against the evacuation of citizens from China's Wuhan amid the outbreak of the novel coronavirus with subsequent keeping them under observation in Ukraine.

Only 15% of respondents back such protests, while 11% are undecided, according to a survey conducted by the Rating sociological group.

The poll was conducted on February 22-23 through personal formalized (face-to-face) interviews. The study involved 1,200 respondents aged 18 and older. The sample is representative of age, gender, region and type of settlement. The margin of error is no more than 2.8%. 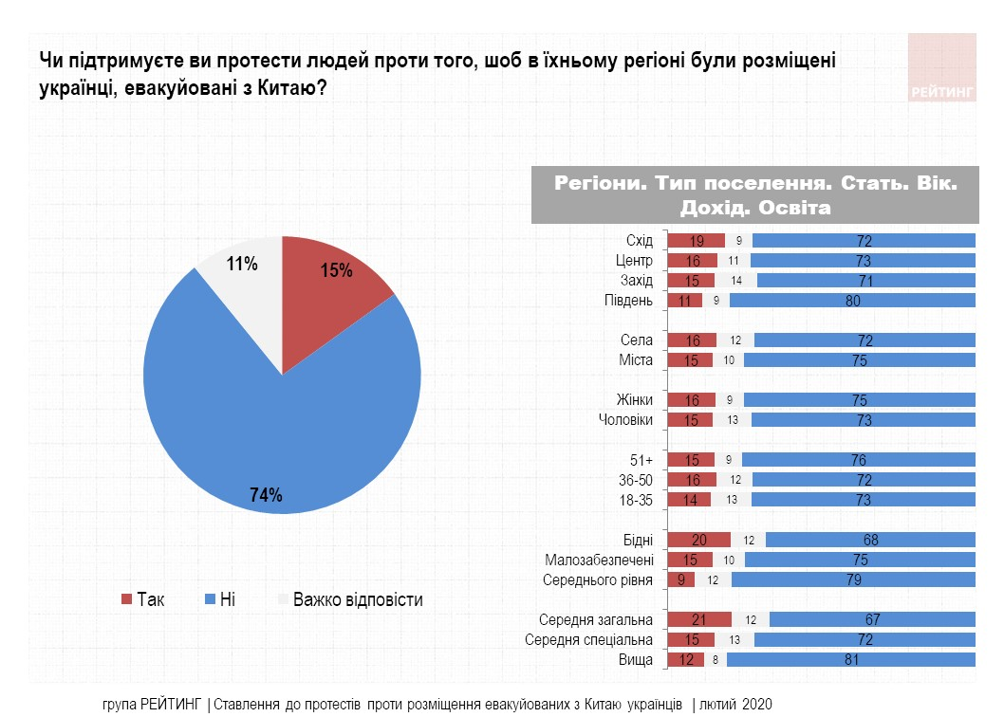 As UNIAN reported earlier, local residents in the town of Novi Sanzhary, Poltava region, on February 20 protested against the arrival of Ukrainian citizens and foreigners evacuated from China and accommodated at a local medical center, which is within the Ukrainian Interior Ministry's jurisdiction. Protesters threw stones at buses with the evacuees.

On February 21, the police released 23 of the 24 most aggressive individuals detained during the protests; one person remained under arrest. On February 22, he was placed under two months' curfew.

If you see a spelling error on our site, select it and press Ctrl+Enter
Tags:News of UkraineUkraineprotestsChinapollsupportevacuationcoronavirus