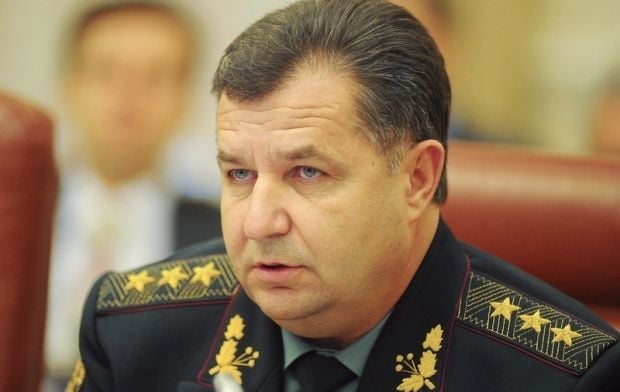 "A [Ukrainian Armed Forces] modernization program is nearing completion, and we are allocating appropriate means to rebuild Navy infrastructure, create [proper] living conditions for personnel at a new place," he said.

Poltorak believes that the problems that exist today will be certainly solved.

At the same time, the minister admitted that much had to be done so that Ukraine's Navy could become strong, well-equipped and trained.

"Today we are finalizing strategic planning documents, where we have clearly outlined a plan for the future development of the Naval Forces of Ukraine... We need money to buy new vessels, new equipment, new, modern weapons, rather than to retrofit the old ships," he said.

Poltorak said he was confident that the Ukrainian Navy had good prospects.

"I think that in the coming days we will adopt a program for the development of weapons and equipment of the Armed Forces of Ukraine until 2020, which will reflect a clear understanding of where and how we will have to move, depending on what budget is available," he said.

According to the defense minister, "the dedication of Ukrainian sailors has always provided a good example for the Armed Forces of Ukraine, and the problems that unfortunately exist today will be solved by us."

After redeployment from Crimea to mainland Ukraine, the Ukrainian sailors have not remained aloof from the events in the country, and they are "directly participating in military operations in eastern Ukraine," Poltorak said.