OSCE chief expects Donbas crisis to be solved by autumn

OSCE Chairman-in-Office, Serbia's First Vice Premier, Minister of Foreign Affairs Ivica Dacic says that major issues of the Donbas crisis are to be solved by this autumn, according to Belarusian news outlet BelTA. 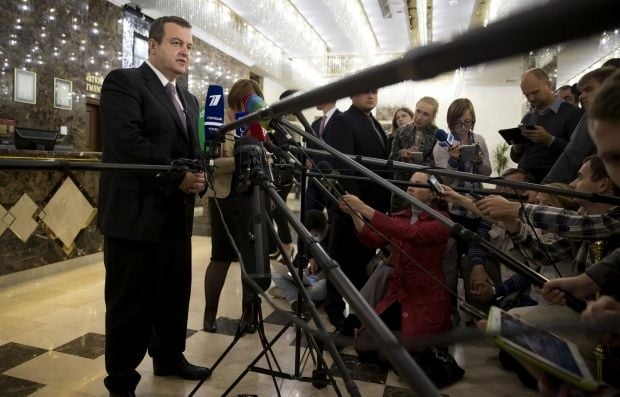 During the talks in Minsk certain progress has been made on a number of issues in different areas, Dacic said, BelTA reported.

"I came to Minsk to give the work on their solution some additional impetus, to keep the present momentum which we believe is good to address some issues before the autumn," he said.

The OSCE Chairman-in-Office said that a key event is expected in the autumn, namely the holding of the local elections which must be agreed upon by all parties: the conditions of their conduct, invitation of ODIHR observers, etc. "This is a critical period," he said.