U.S. disappointed by ban on LGBT march in Odesa 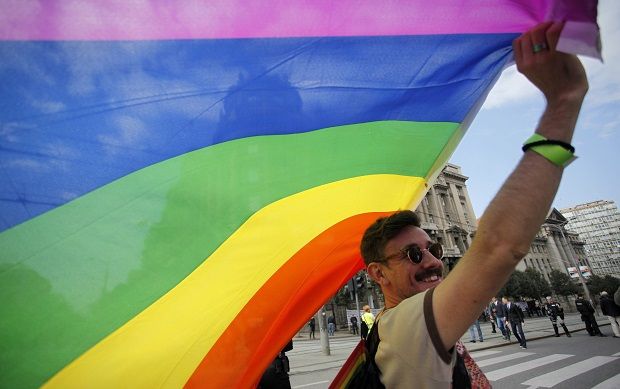 "A government has no more important task than to protect and defend the fundamental freedoms and human rights of its people. That's why we were disappointed when this weekend, in Odesa, LGBT activists were denied the opportunity to freely assemble, faced harassment, and had smoke bombs thrown at them for advocating for expanded civil rights and equal protections," Donahue said in a statement.

In his words, as a vibrant, multicultural, cosmopolitan crossroads, Odesa has extraordinary potential – but it must ensure that the rights of vulnerable groups are not overlooked or ignored, and that all people have the right to live free from violence and discrimination.

"As President Obama has said, LGBT rights are human rights.  The United States strongly supports those in Ukraine working to ensure that all people – including lesbian, gay, bisexual, and transgender persons – enjoy equal rights and equal protections under the law," the statement reads.

The OdesaPride 2015 Queer Culture Festival in Odesa was scheduled for August 14-16. The festival also included a workshop dedicated to art protest events as a tool of communication with the public, a quest city tour, discussion platforms on the subjects "Gay Tourism as Part of the Regional Branding of Odesa" and "Gay Characters in Mass Culture," the opening ceremony of an LGBT short film festival, a photography exhibition, etc.

It became known on August 12 that Odesa City Hall had refused to accept an application for holding the Gay Pride march, which was opposed by representatives of religious confessions.