Grenade near Rada thrown by Sich battalion fighter on leave 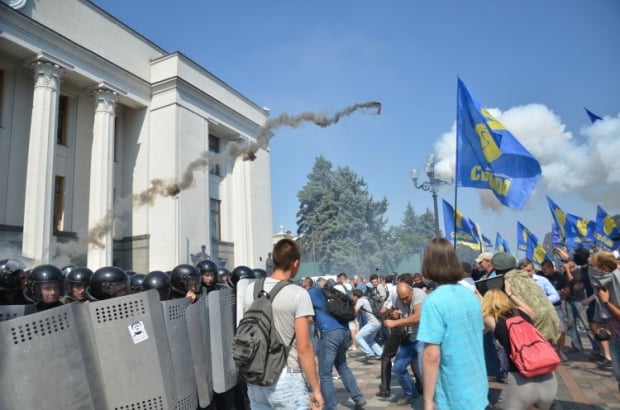 "Detained Ihor Humeniuk used a hand-thrown defensive grenade… He had one grenade with him during detention, the other had been thrown before, as he confessed. What is more, he had a safety pin from it. He introduced himself as a Svoboda party member and a Sich battalion fighter, who is on leave from August 3 to September 3," Avakov said.

As UNIAN reported earlier, a National Guard serviceman died of a grenade shrapnel wound on Monday. He had been injured during the recent developments near the parliament's building.

Protesters disagreeing with the amendments started throwing bottles, smoke bombs and paving stones at law enforcement officers guarding the parliament's building on Monday. Also, a defensive grenade was thrown at them.

Police reported about 100 wounded servicemen. Ten of them remain in a serious condition.