Sich battalion commander confirms grenade thrower one of his fighters 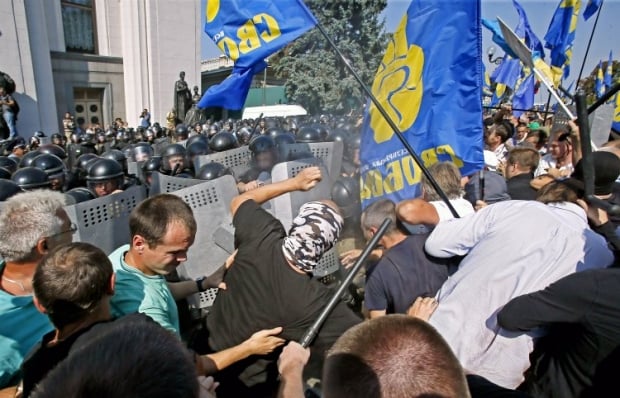 "Battalion troops are not allowed to bring weapons from the Donbas conflict zone, so I don't know where our fighter got a grenade," Pysareno said in an interview with Hromadske.tv.

At the same time, journalists have found several grenades at battalion’s base in Mezhyhiria. 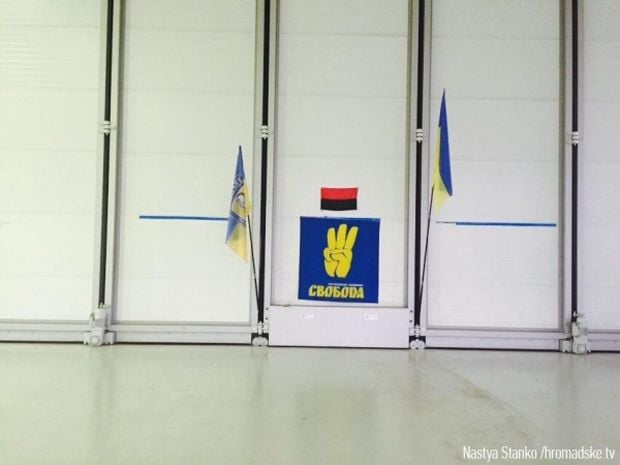 Svoboda party paraphernalia spotted at the base / hromadske.tv

In addition, according to Pysarenko, all members of the battalion are supposed to be politically uncommitted, because the unit is part of the Interior Ministry forces. However, paraphernalia of Svoboda party were spotted at the base.

However, the battalion claims that the suspect, Ihor Humeniuk, was in the process of unsolicited dismissal, according to its official Facebook page.

As UNIAN reported earlier, Ukrainian Interior Minister Arsen Avakov claimed that a detained Sich battalion fighter, participant in the Anti-Terrorist Operation in Donbas, who was on leave in Kyiv, had confessed he had thrown a grenade during clashes outside the Verkhovna Rada building in Kyiv between law enforcement units and protesters who were against decentralization-related amendments to the Constitution.