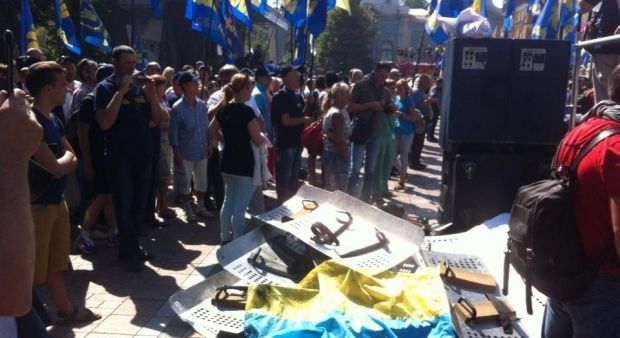 "I was interrogated as a witness. The next interrogation will be held on September 8. In the corridors of the Main Department I knew that Ihor Shvaika and Yuriy Syrotiuk were suspected of the terror near Rada. I don’t know the next steps of investigators for my colleagues, whether it will be a trial or arrest," he said.

Tiahnybok also said that the investigator asked him about 30 questions, to which he had previously answered in writing.

Protesters disagreeing with the amendments started throwing bottles, smoke bombs and paving stones at law enforcement officers guarding the parliament's building. Also, a defensive grenade was thrown at them. Three servicemen were killed, while more than 150 people received injuries of varying severity.