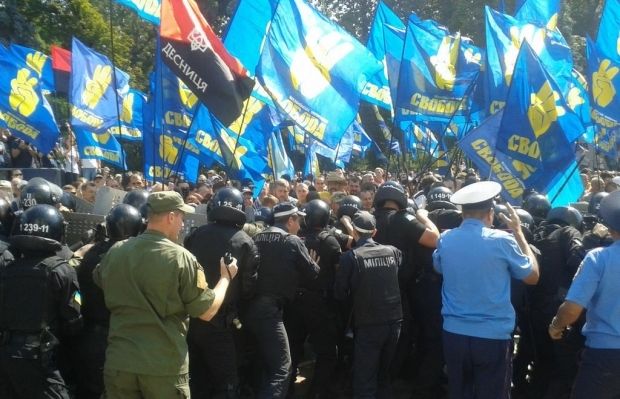 One serviceman was killed and two others died in hospitals. More than 150 people received injuries of varying severity.

The records have been entered into the Unified Register of Pre-trial Investigations under Article 348 of the Criminal Code of Ukraine (murder or attempted murder of a law enforcement officer while engaged in the performance of official duties), Part 3 of Article 345 (threat or violence against a law enforcement officer), Article 293 (group violations of public order), Part 2 of Article 294 (riots).

According to data of law enforcement bodies, the riots were organized by the All-Ukrainian union Svoboda, the Radical Party and other organizations.