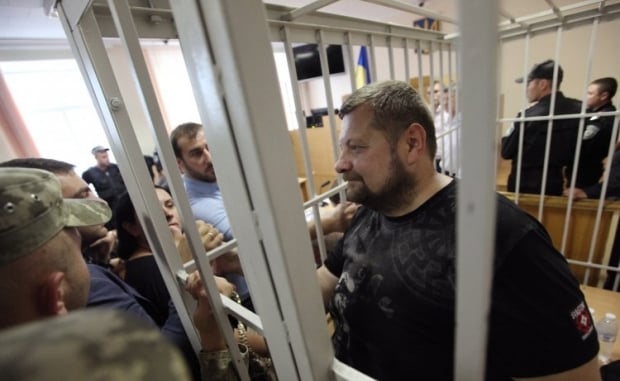 MP Mosiychuk, stripped of deputy immunity, is facing up to 12 years in prison / Photo from UNIAN

The verdict was announced by investigating judge Volodymyr Karaban on Friday, an UNIAN correspondent reported.

The prosecutors had requested a two-month detention for Mosiychuk because he could abscond, harass witnesses and destroy evidence.

The prosecutors accused Mosiychuk of committing serious crimes and demanded imprisonment for up to 12 years as his punishment.

The defense said that the prosecutors had not provided any proof of Mosiychuk's committing the crimes.

During court hearings, Mosiychuk said that already on Thursday morning he knew about law enforcement agencies' plans to detain him, and if he had planned to flee, he would have done that, but he had not. What was more, he said, he was among those MPs who voted for stripping him of deputy immunity.

After the verdict had been read out, Mosiychuk announced hunger strike. "Yes, I announce hunger strike since the very moment," he said.

The court's ruling may be appealed at the Kyiv Court of Appeals within five days.

As UNIAN reported earlier, on September 17, the Verkhovna Rada agreed to prosecute, detain and arrest MP Mosiychuk, as was requested by the Prosecutor General's Office. He was shortly after detained in the parliament's building.