One fighter was killed as a result of a grenade explosion in the office of the Right Sector in the city of Sumy, Sumy Regional Governor Mykola Klochko wrote on Facebook on Monday. 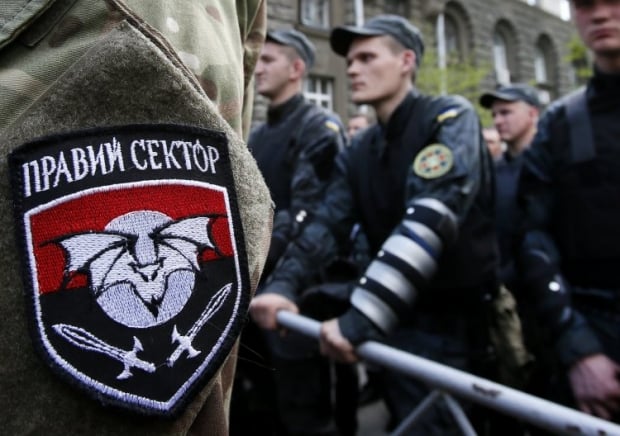 "According to an update, a 31-year-old fighter Oleksandr Yakovenko (nom de guerre "Palach") was killed as a result of careless handling of a grenade in the office of the Right Sector at 8 Rybalko Street at 06:00 Kyiv time. The other three men who were in the same room are safe and sound," Klochko said.

At the same time, Sumy police's press officer Volodymyr Krupetskiy said that the police were informed about the explosion at the Right Sector's office by an unidentified person at 05:30 Kyiv time on Monday.

Sumy Mayor Oleksandr Lysenko in turn instructed head of the city's municipal property department Vasyl Scherbak on Monday to find out what premises were leased out to NGOs.

"We will more carefully approach to the issue of accommodating such organizations in residential buildings. We will check the basis of the creation of such organizations, their statute and other details. Because our residents' safety is at stake," Lysenko said.