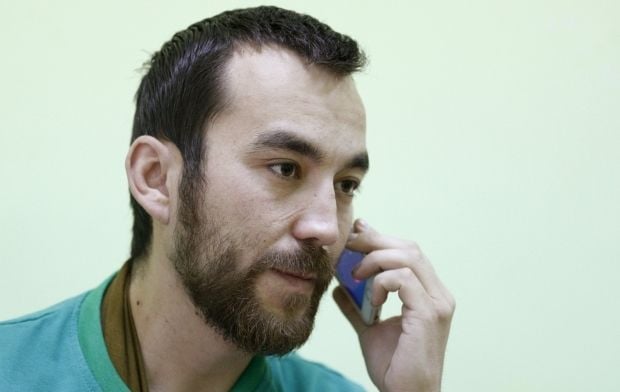 "The judges agreed to forward a criminal case against Aleksandr Aleksandrov and Yevgeniy Yerofeyev to the Kyiv Court of Appeals for submission to the High Specialized Court of Ukraine for Civil and Criminal Cases to resolve the issue of jurisdiction," the presiding judge of the board of Kyiv's Holosiivskiy District Court Mykola Didyk said, according to an UNIAN correspondent.

The court also ruled to leave the preventive measure against Yerofeyev and Aleksandrov unchanged - detention until November 21.

The court's order states that the decision is not appealable.

Read alsoCaptured Russian soldier Yerofeyev: I want to be tried for espionage, not terrorismAs reported earlier, on Tuesday, during the preliminary trial in Kyiv's Holosiivskiy District Court, the lawyers of two captive Russian soldiers appealed to the court to return the indictment to the prosecutor's office due to "wrong jurisdiction." According to them, the case must be heard by a court located in the area of a crime scene, i.e. by one of the courts of Luhansk region.

Read alsoLawyer denies Russian GRU officers swapOn May 22, Kyiv's Shevchenko District Court ordered that Russian citizens Aleksandr Aleksandrov and Yevgeniy Yerofeyev should be kept in custody until the investigation is under way.

On August 26, Chief Military Prosecutor of UkraineAnatoliy Matios said that an investigation into the case of two Russian GRU officers Aleksandr Aleksandrov and Yevgeniy Yerofeyev captured by Ukrainian troops in the Donbas conflict zone on May 16 was over, and the indictment against them might be sent to court within 10 days.