Crimea blockade coordinator: one power line to be repaired "soon" 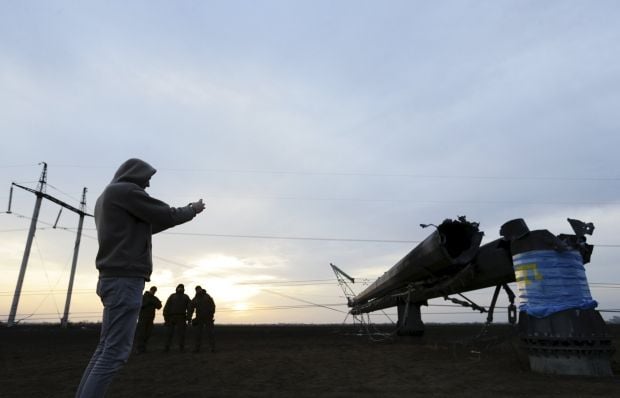 "The technicians will restore the power line, which a small part of the Kherson region depends on. Out of the necessary 1,000 MW previously supplied to Crimea, 220 MW will be submitted,” said Islyamov.

Meanwhile, the occupying authorities in the annexed Crimea have satisfied none of the protesters’ demands.

Read alsoRussia pulls tanks, Grads to Crimea-Kherson demarcation line in wake of blackout - MIA officialA special joint working group consisting of MPs and activists is to start it work on Tuesday, November 24, expected to draft an action plan regarding the situation.

A meeting was held on Monday in the village of Chongar in Genichesk district of Kherson region between the management of the Dnieper power grid, Kherson backbone power grids of state-owned Ukrenergo and the activists of the Crimea blockade headquarters, discussing the issue of providing access to repair the power lines.