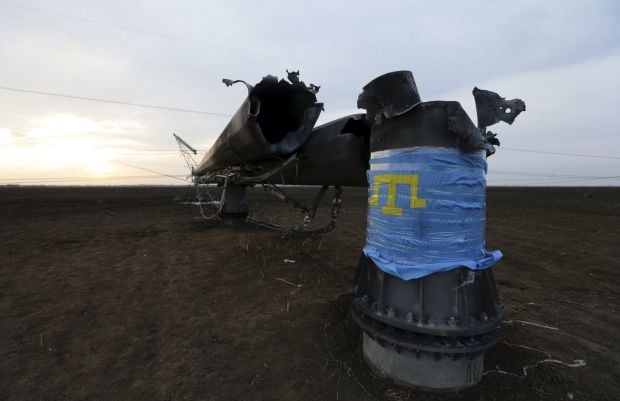 "Energy Minister V. Demchyshyn reported that an agreement had been reached with the headquarters of the Crimea Civil Blockade regarding the completion of repair work on 220 kV Kakhovska-Titan power line. The operating brigade will soon arrive at the scene. Within a few hours the installation of the cable will be finished. The issue of launching the power line is still being discussed," he wrote.

The activists of the Crimea blockade said they were ready to allow servicemen to repair the damaged transmission lines only if power cables transmitting to the peninsula would be cut. After the negotiations, repair work on 220 kV Kakhovska-Titan power line was launched.

However, on November 26, the repair teams of NEC Ukrenergo, who were involved in repairing the power lines supplying the electricity to Crimea, had to stop at the activists' requests.

One of the leaders of the Crimea blockade Lenur Islyamov said the activists were demanding that the occupying authorities release all political prisoners. He said the activists would not allow the repair of the sabotaged power line, until those conditions were fulfilled.