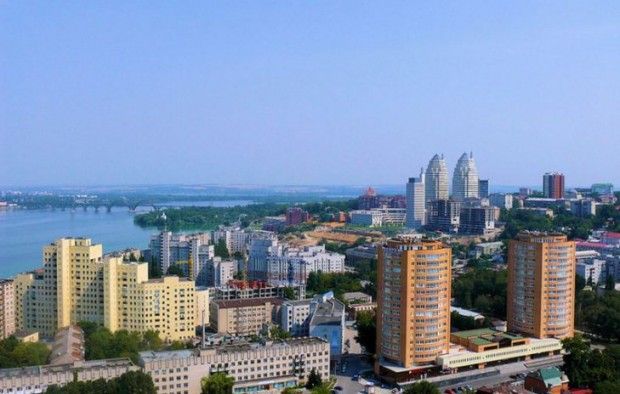 In his words, this is in line with the de-communization law, and required by the sense of moral duty before the memory of the victims of the totalitarian regime."

The wording of the resolution is not yet available on the parliament's website.

Dnipropetrovsk's previous names were originally Ekaterinoslav (Katerynoslav in Ukrainian) in 1776–1782, reestablished in 1783–1797, Novorossiysk in 1797–1802, Sicheslav in 1918 (proposed by the Central Council of Ukraine, but it was never officially fulfilled). Its other unofficial names were Krasnodneprovsk (in 1924), Dneproslav (during WWII occupation), and its current unofficial name is Dnepr.

The city, which was founded 240 years ago, was originally envisioned as the Russian Empire's third capital city, after Moscow and Saint Petersburg.

The city is located 391 kilometers (243 mi) southeast of the Ukrainian capital of Kyiv on the Dnieper (Dnipro) River. Its population is about one million people now.

Dnipropetrovsk is the city where the political career of former President Leonid Kuchma, ex-Prime Ministers Pavlo Lazarenko and Yulia Tymoshenko once began.

As UNIAN reported earlier, 11 MPs on February 1, 2016, tabled a No. 3854 resolution in parliament to rename four towns and 160 villages in Ukraine under the de-communization law.

They also suggest renaming 160 villages, namely 42 in Kharkiv region, 28 in Donetsk region, 24 in Chernihiv region, 20 in Kyiv region, 15 in Kirovohrad region, 9 in Zhytomyr region, five in Zaporizhia region, and three in Luhansk, Mykolaiv, and Cherkasy regions each, and two in Dnipropetrovsk region. One village will be renamed in Vinnytsia, Zakarpattia, Odesa, Poltava, Ternopil and Kherson regions each.

Once adopted by the Verkhovna Rada, the documents will become effective on the next day after their publication.