The Guardian: Crimean singer in line to represent Ukraine at Eurovision 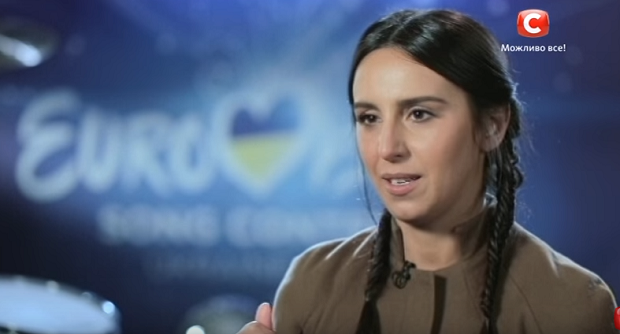 At Eurovision, Jamala will sing about the mass deportation of Crimean Tatars under Stalin / Screenshot

Jamala won the quarter-finals of a competition to choose a Eurovision act with her song 1944, receiving the highest scores both from the judges and a public vote, The Guardian wrote with reference to RFE/RL.

But most of her Crimean Tatars supporters were not eligible to take part in the competition as they live on the peninsula itself, which was annexed by Russia in 2014.

“It makes me very sad,” Jamala said. “I know that many of my supporters are inCrimea. Many people wrote to me that they would send texts anyway, because they support me. I tell them they are wasting their money and their votes don’t count, but they tell me they are sending them anyway.”

Read alsoEurovision Ukraine: Results of 1st semi-finalJamala’s performance on February 6 in Kyiv produced an outpouring of support on social media.

“Your music today made me understand the pain of our loss of Crimea,” wrote one user. “I simply wept along with you.”

With English lyrics and a chorus in Crimean Tatar, Jamala’s song tells the story of the Soviet Red Army’s deportation of nearly 250,000 Crimean Tatars in 1944.

The Soviet government had accused Tatars of collaborating with the Nazis forces occupying the peninsula, resettling them in Central Asia and remote regions of Russia.

Between 20 and 50% of the deportees died within the first two years of exile, a tragedy Ukraine’s supreme council recently declared a genocide.

“This song really is about my family, my grandmother,” Jamala said. “I had to write it. It is a memorial song and it is difficult for me to sing it.”

She began studying classical music as a child in Soviet Kyrgyzstan and later studied at the Simferopol Music college when her family was able to return to Crimea.

“If Crimeans are not able to vote in such Ukrainian competitions, we are silently agreeing with those who say Crimea is not part of Ukraine,” said Crimean Tatar leader Refat Chubarov.

In the referendum called by Russian president Vladimir Putin in 2014, the 13% of the Crimean population that is Tatar presented the most serious opposition to Kremlin rule.

The mejlis, the Tatar governing body, has refused to recognise the annexation.

Jamala noted that 1944 is not only about the past. When she sings it, she said, she remembers her own family. “Now the Crimean Tatars are on occupied territory,” she said. “And it is very hard for them. They are under tremendous pressure.

“Some have disappeared without a trace. And that is terrifying. I would not want to see history repeat itself.”

A version of this article first appeared on RFE/RL