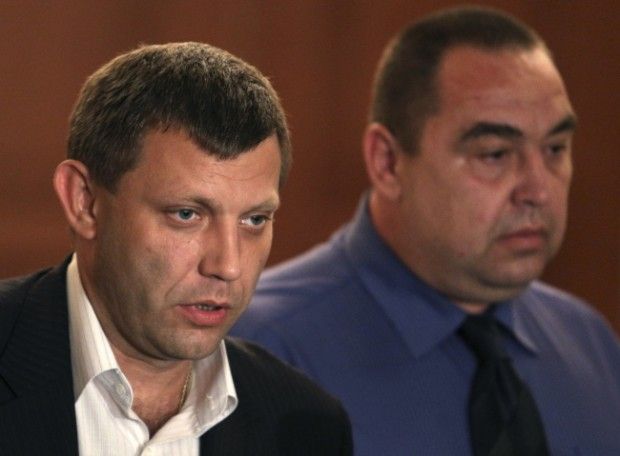 "Russian authorities are considering replacement of existing leaders of the so-called DPR and LPR who almost lost their credibility among locals with former representatives of Ukrainian authorities who are hiding in Russia," he said, as reported by Ukraine Crisis Media Center.

According to military intelligence, occupied areas of Donbas are seeing drastic downturn of industrial production. Makiyivka metallurgical plant is operating by 10% of its production capacities, out of 33 profitable coal mines in the so-called DPR only 10 are working. Militants also plan to stop works at several coal mines and fire about 1,500 workers.

"Leaders of the self-proclaimed republics are openly racketeering, they tasked the so-called "tax authorities" to revise the list of all private companies and firms to set additional duties for them in the amount of 10-30% from their profit," Skibitskyi said.

As of February 1, private actors in the coal sector will have to pay additional sum to "republican budgets" starting from RUB 50,000. Russian authorities introduced additional 10% custom duties on goods imported from temporarily occupied territories, he said.

Skibitskyi added that 2.5 million persons out of the 3.3 million residents of the temporarily occupied territories require humanitarian assistance.

"Militants made "Doctors without Borders" organization stop their activities. Foreign nationals arriving in the so-called DPR now have to have their finger prints registered. Checks are to be conducted by the Russian Federation Security Service."

"At the same time, persons exiting to the government-controlled territory are subject to more thorough checks by the so-called "law enforcement agencies of the republics" at "crossing points." Their data is to be included into respective data bases," Skibitskyi said.

He added that access to Gmail and Yahoo mail service was blocked in Donetsk.