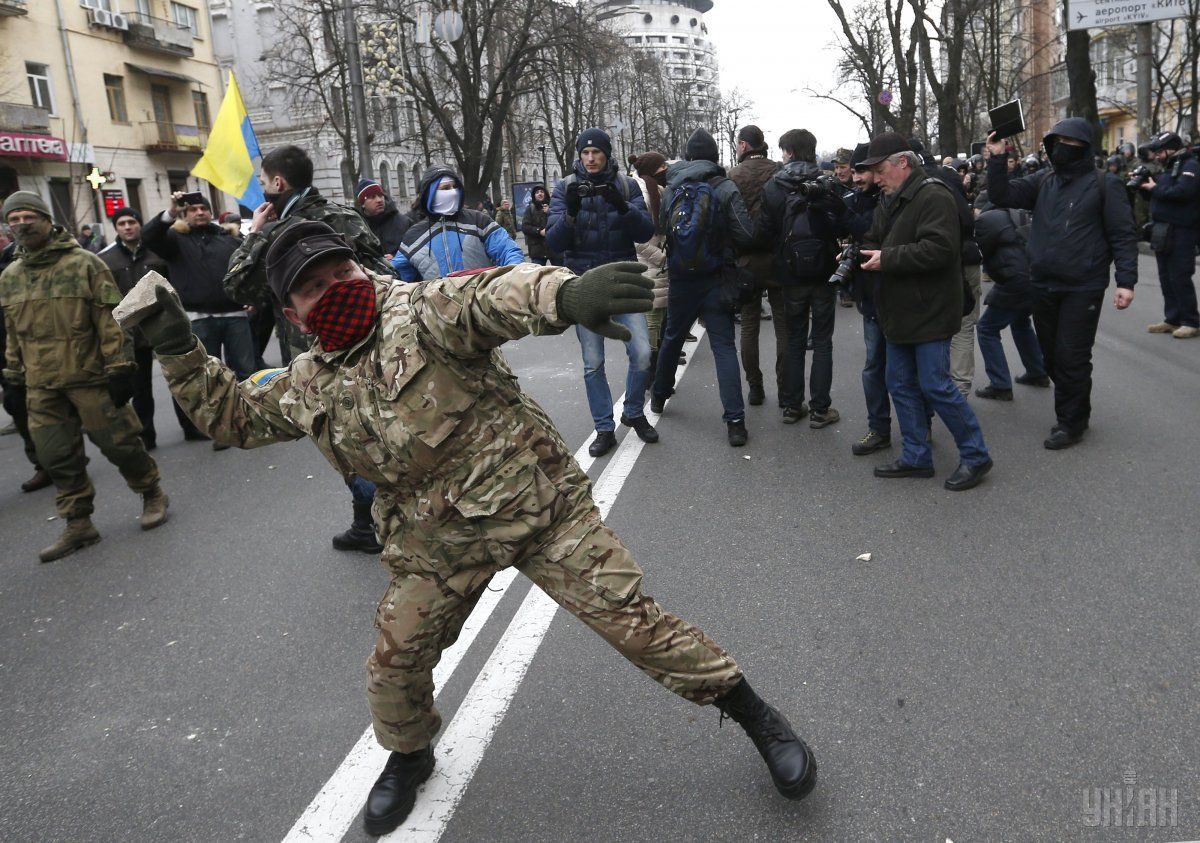 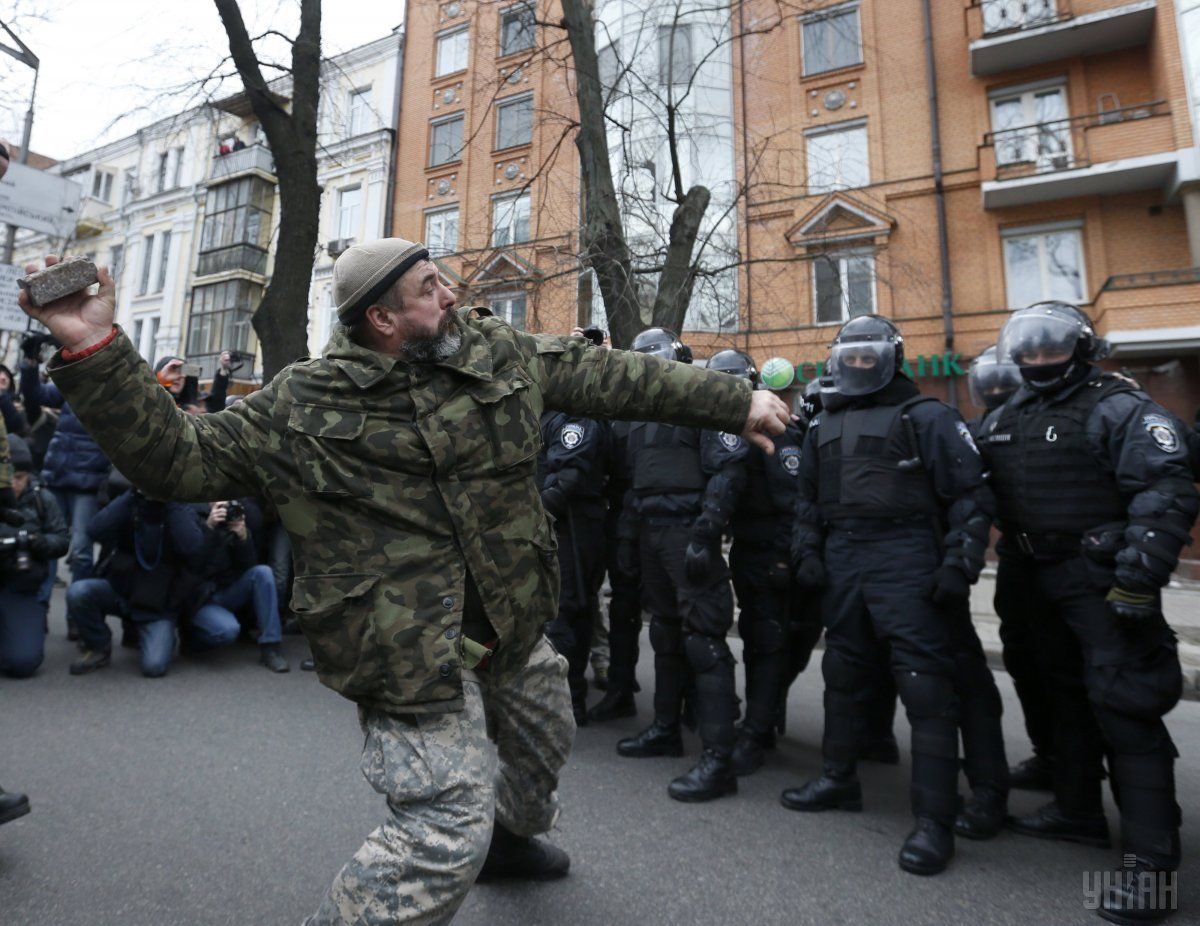 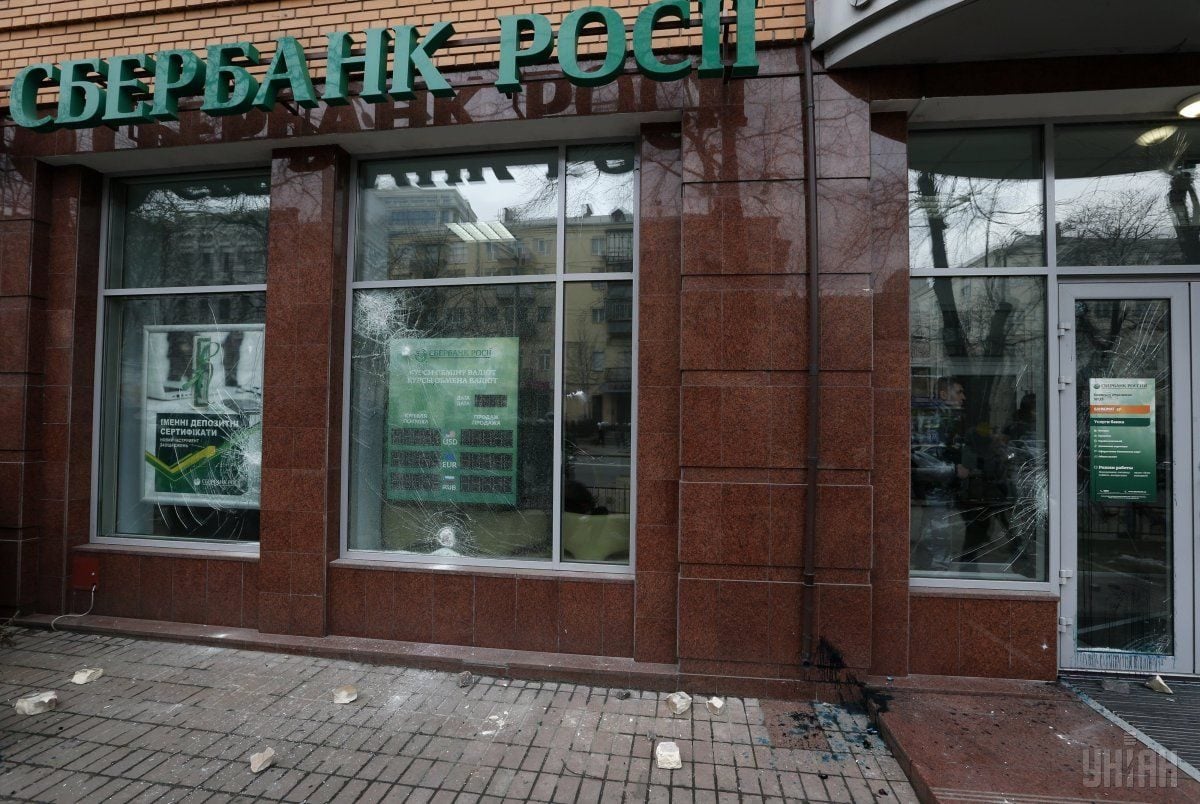 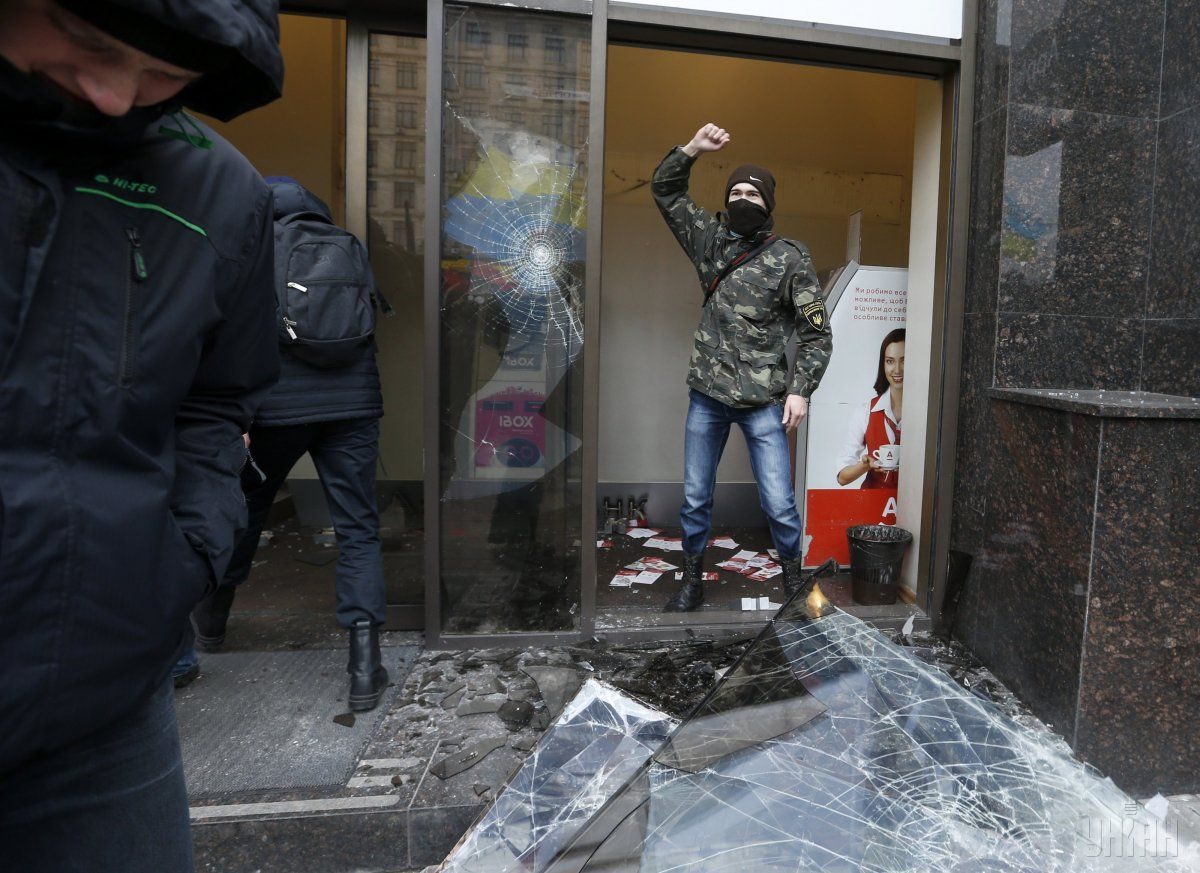 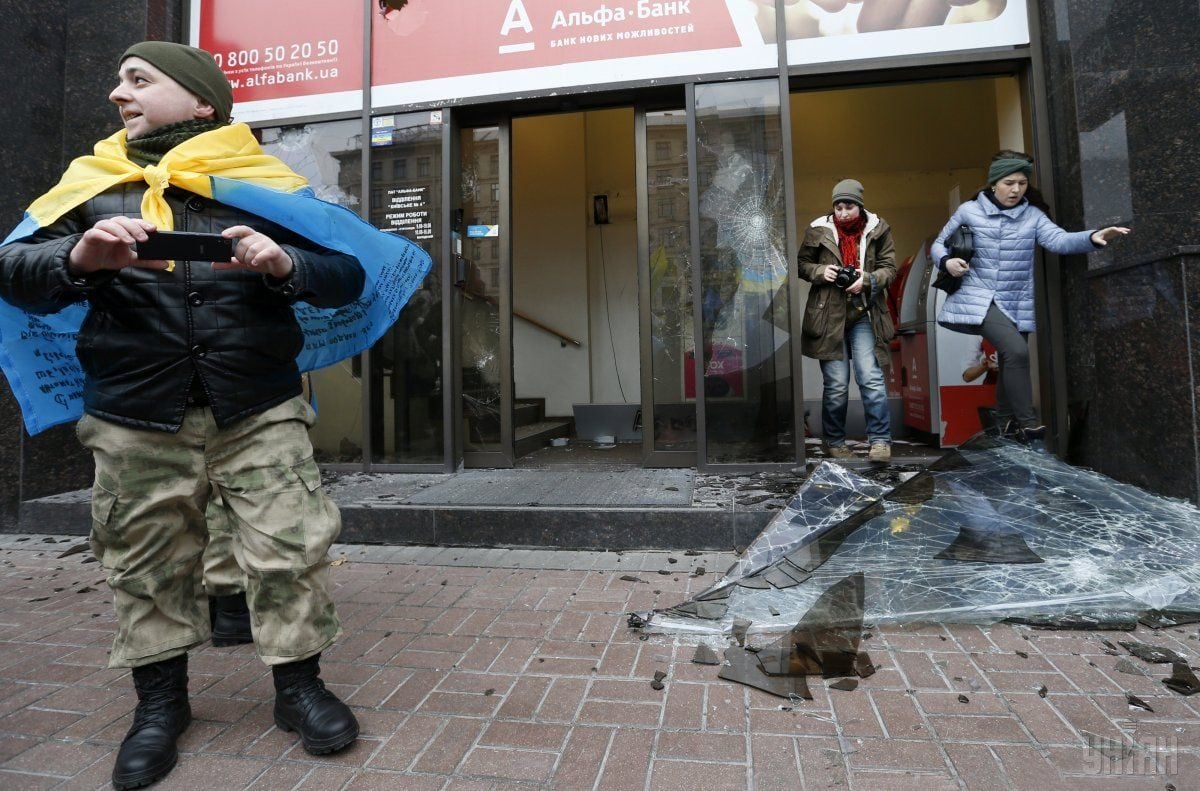 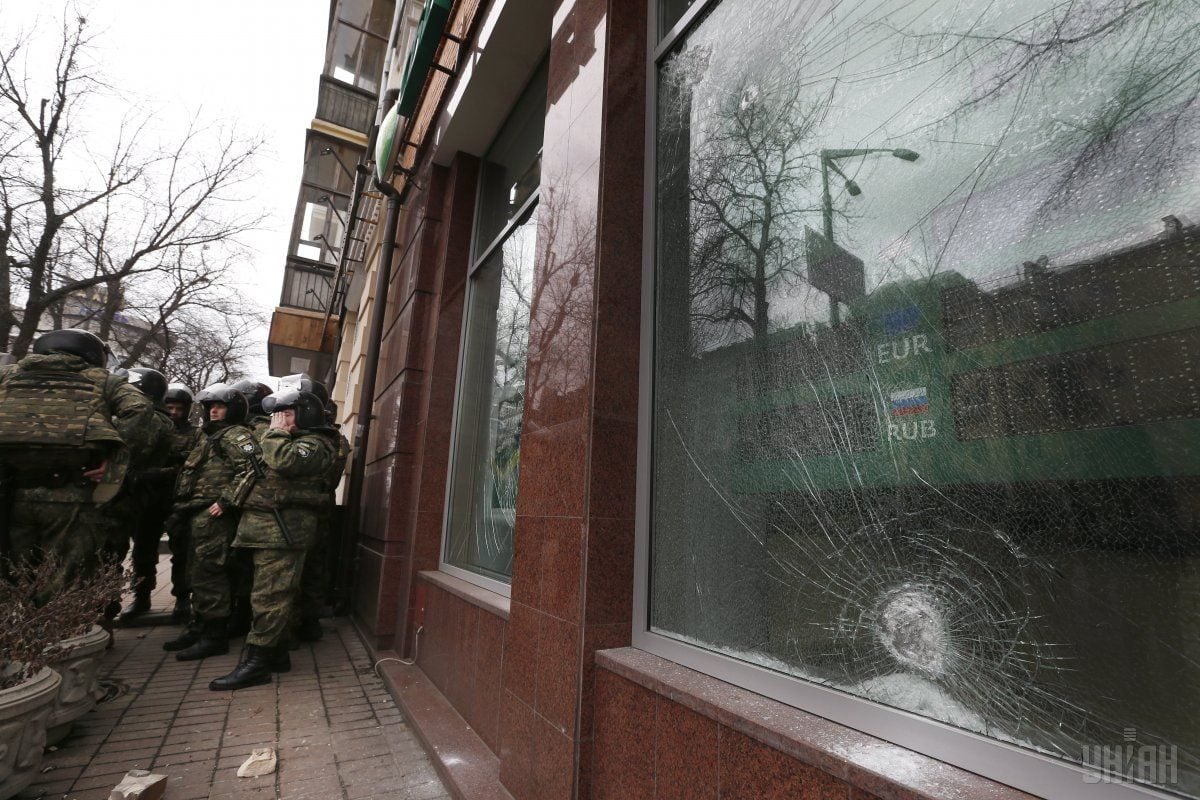 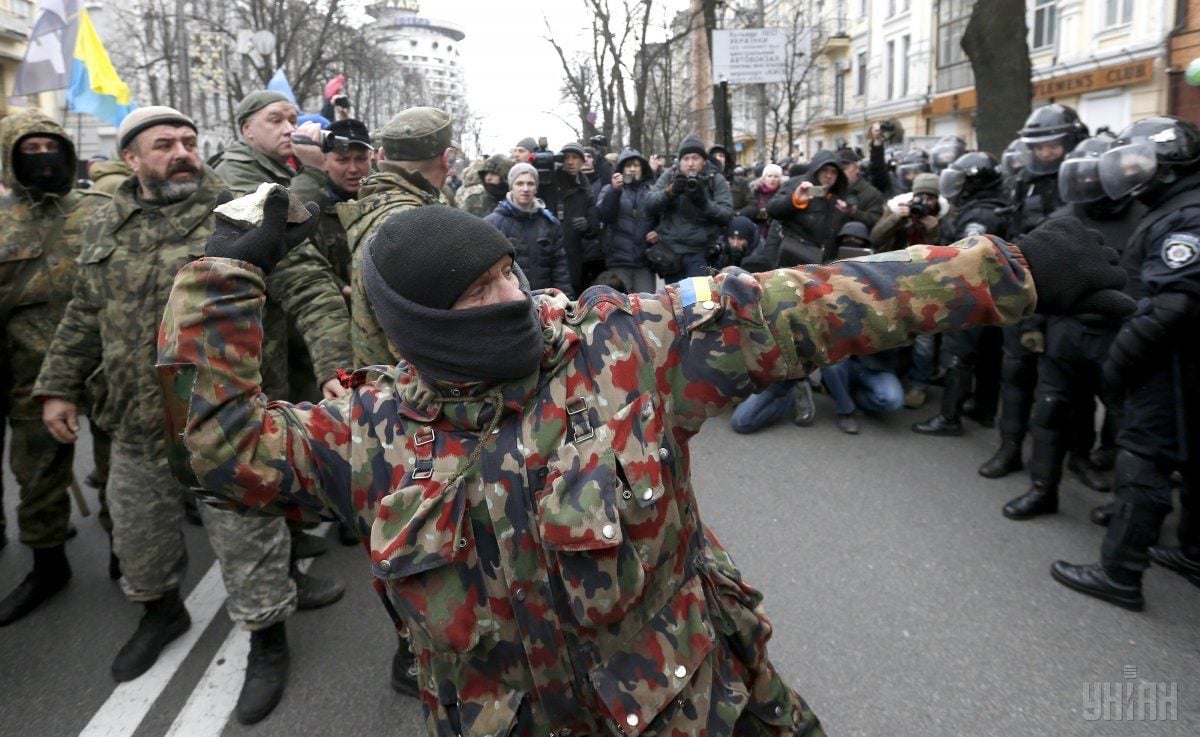 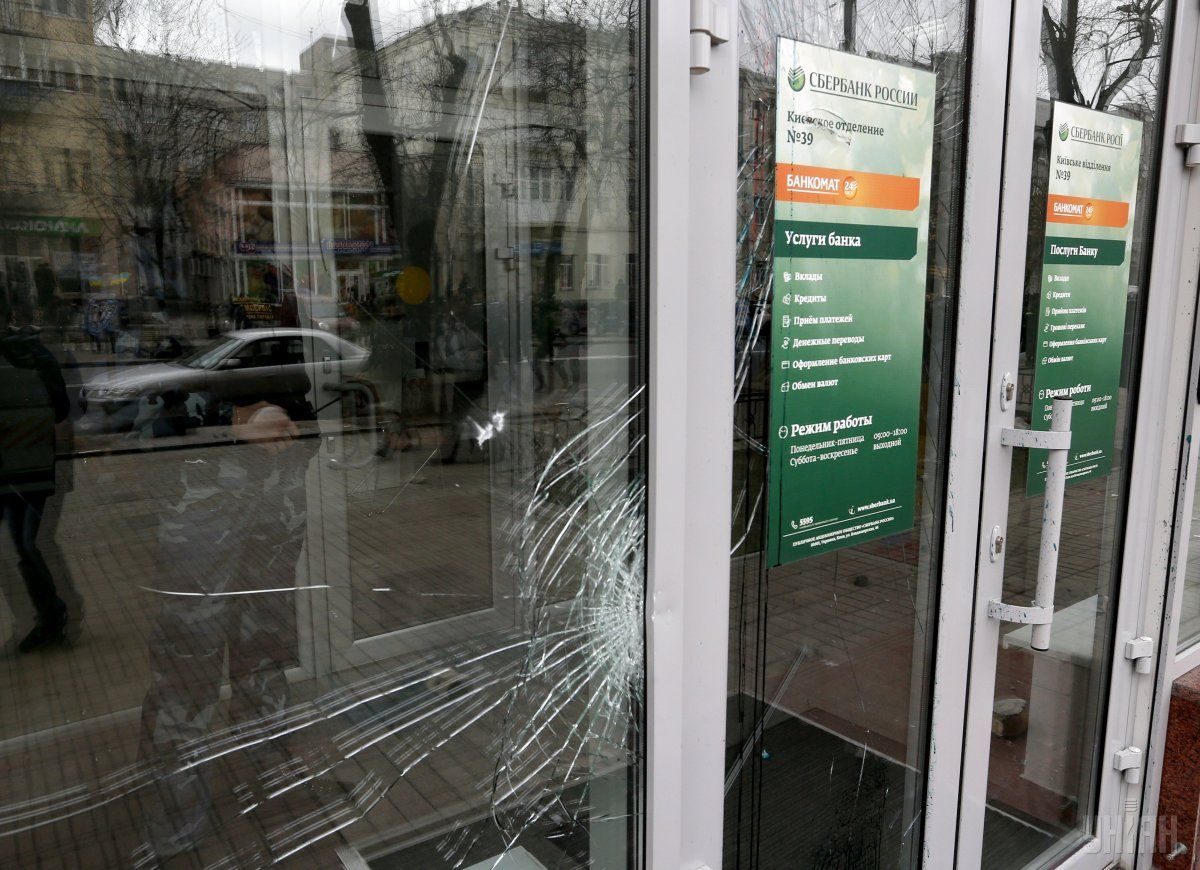 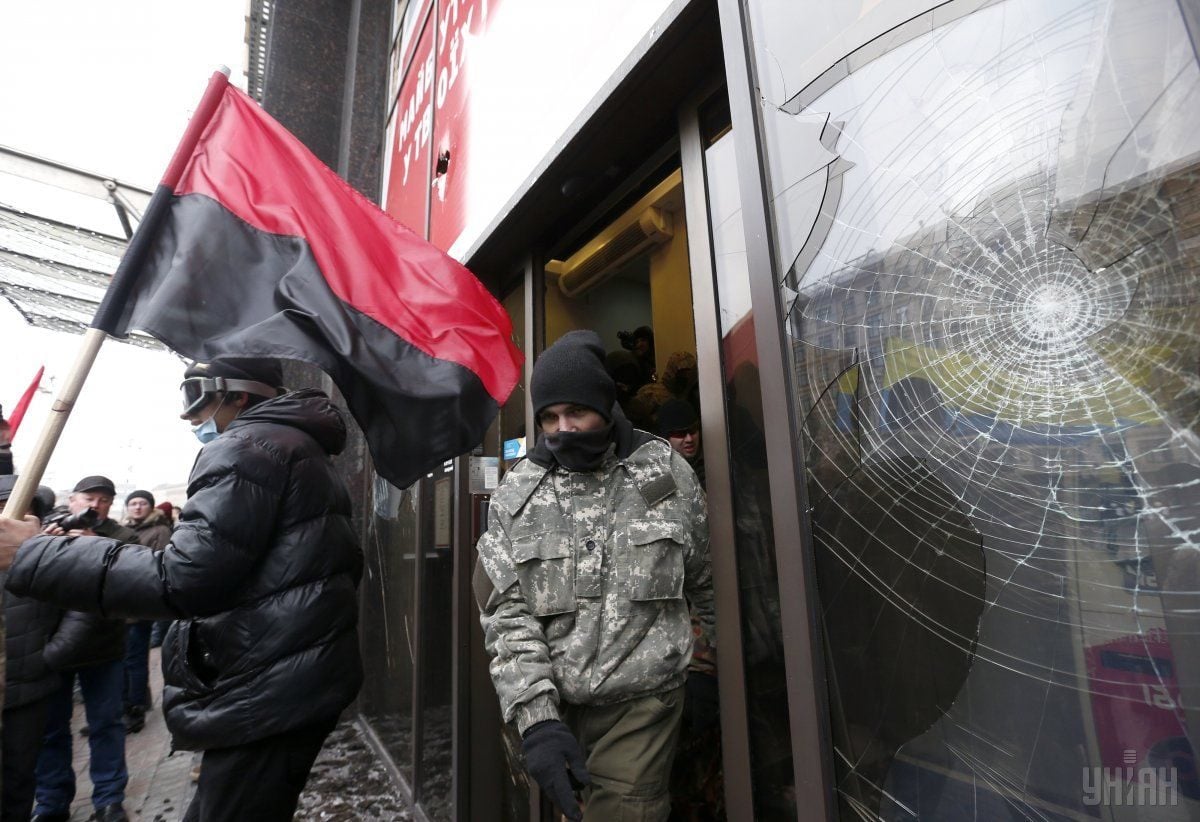 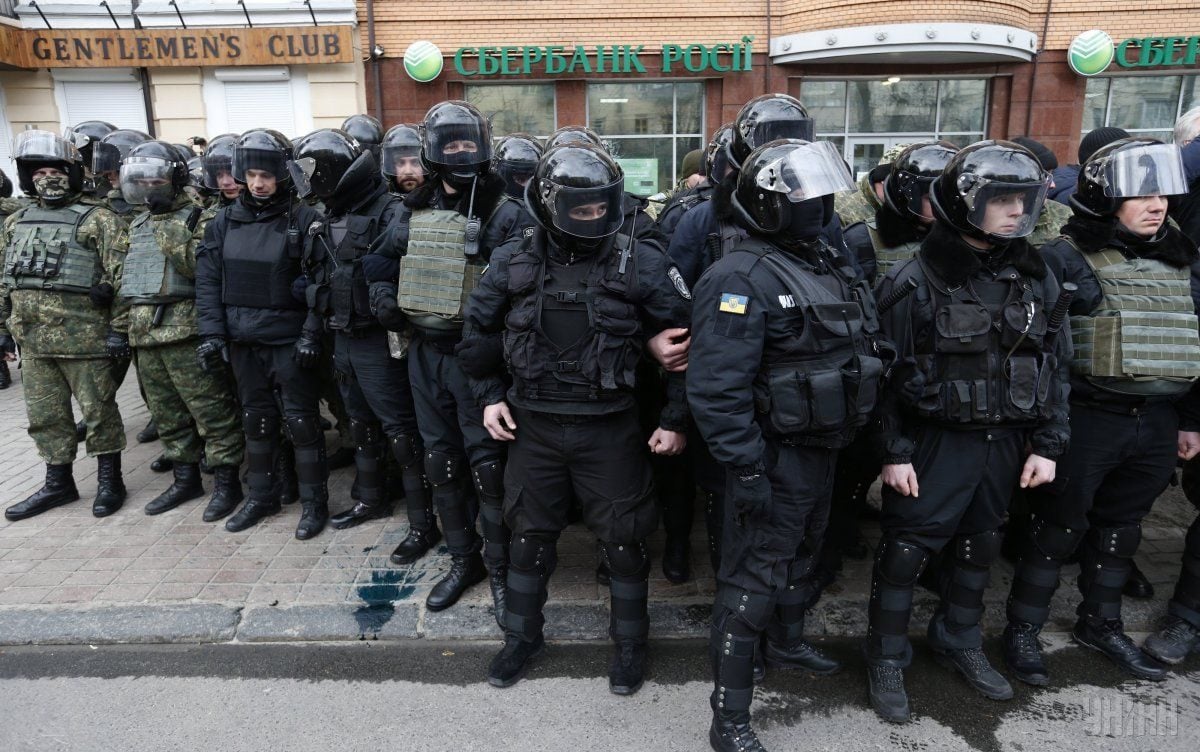 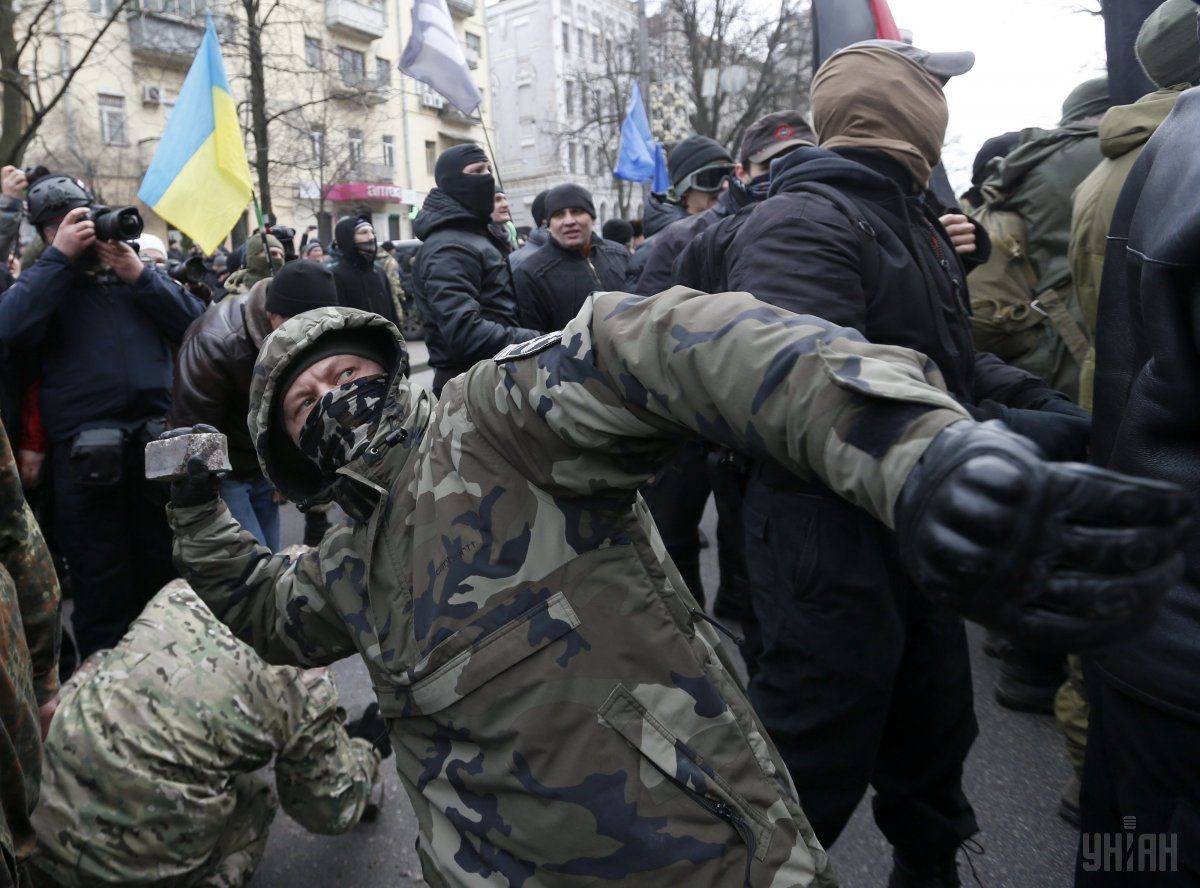 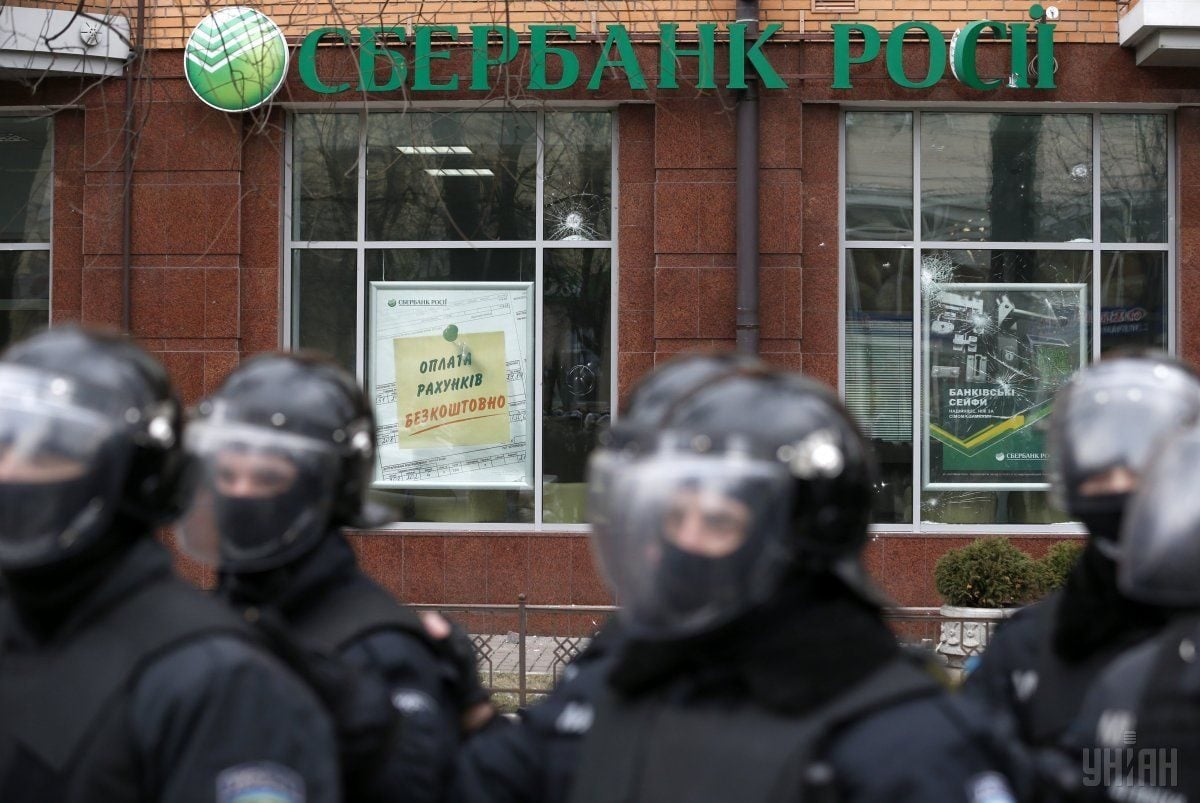 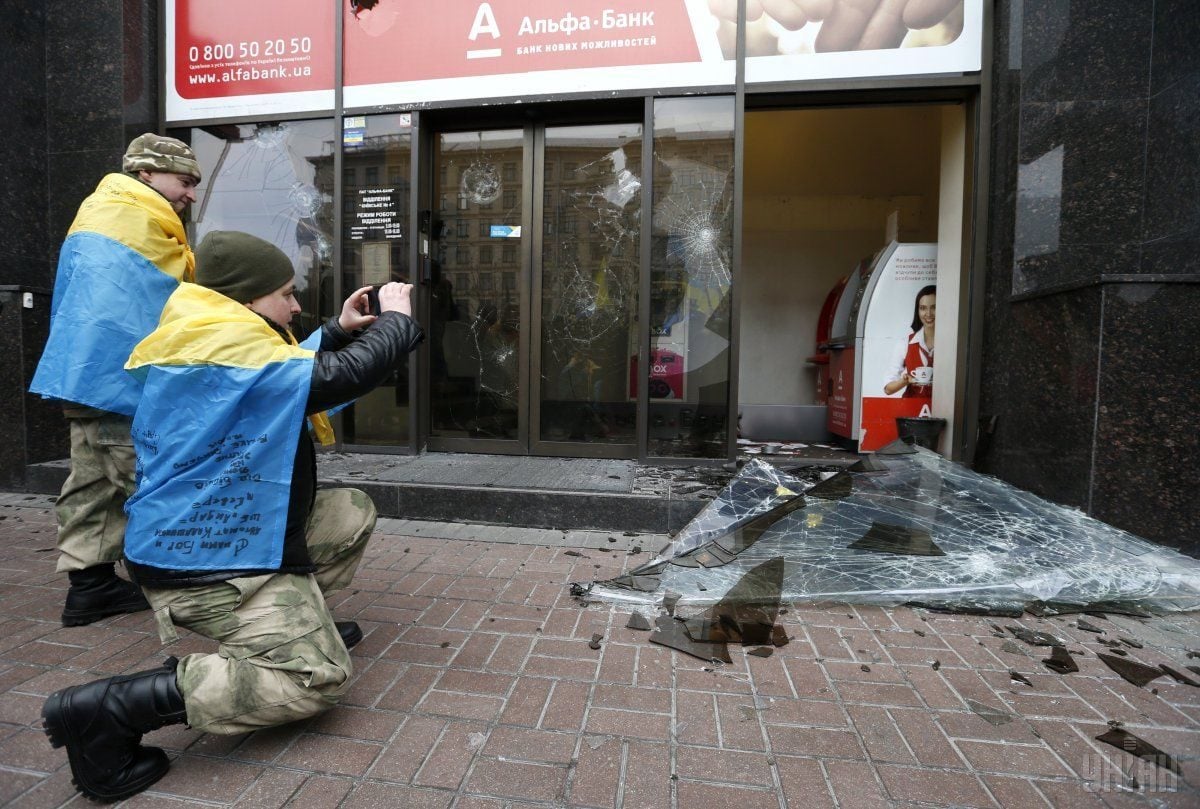 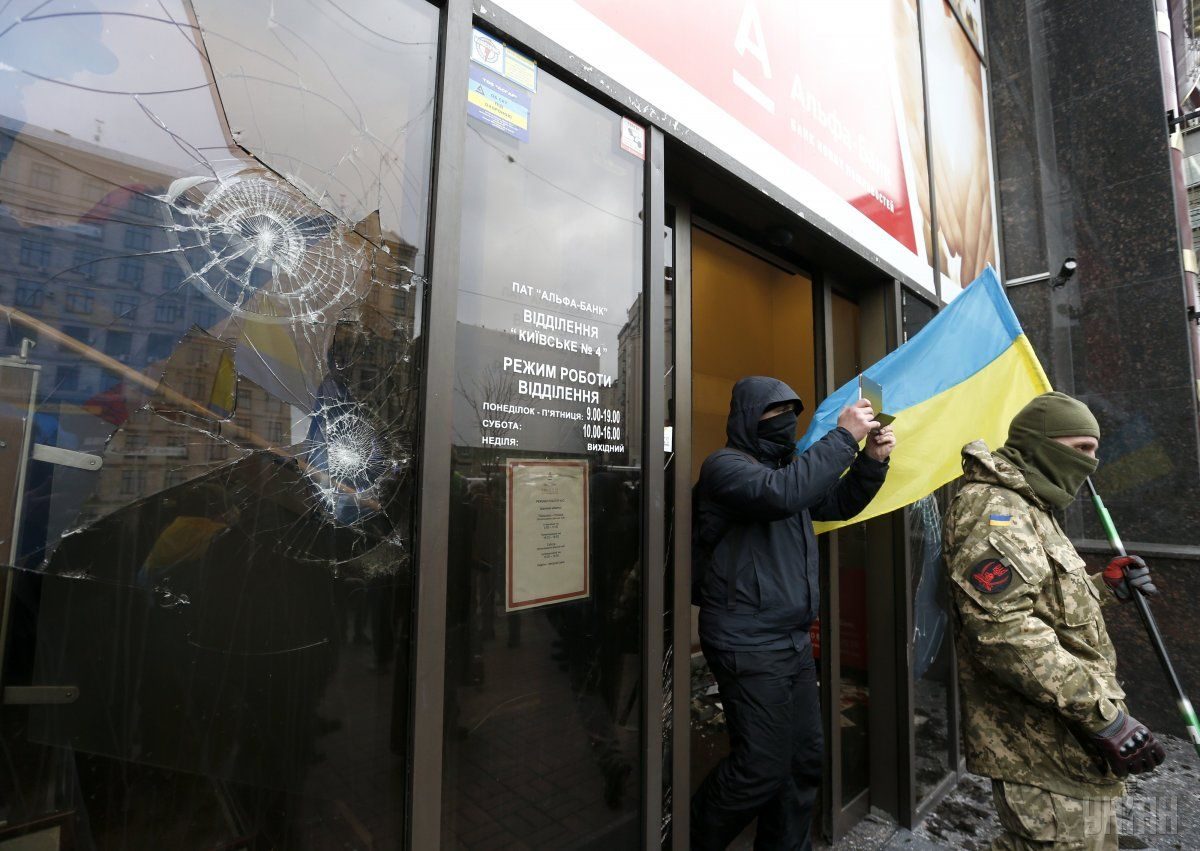 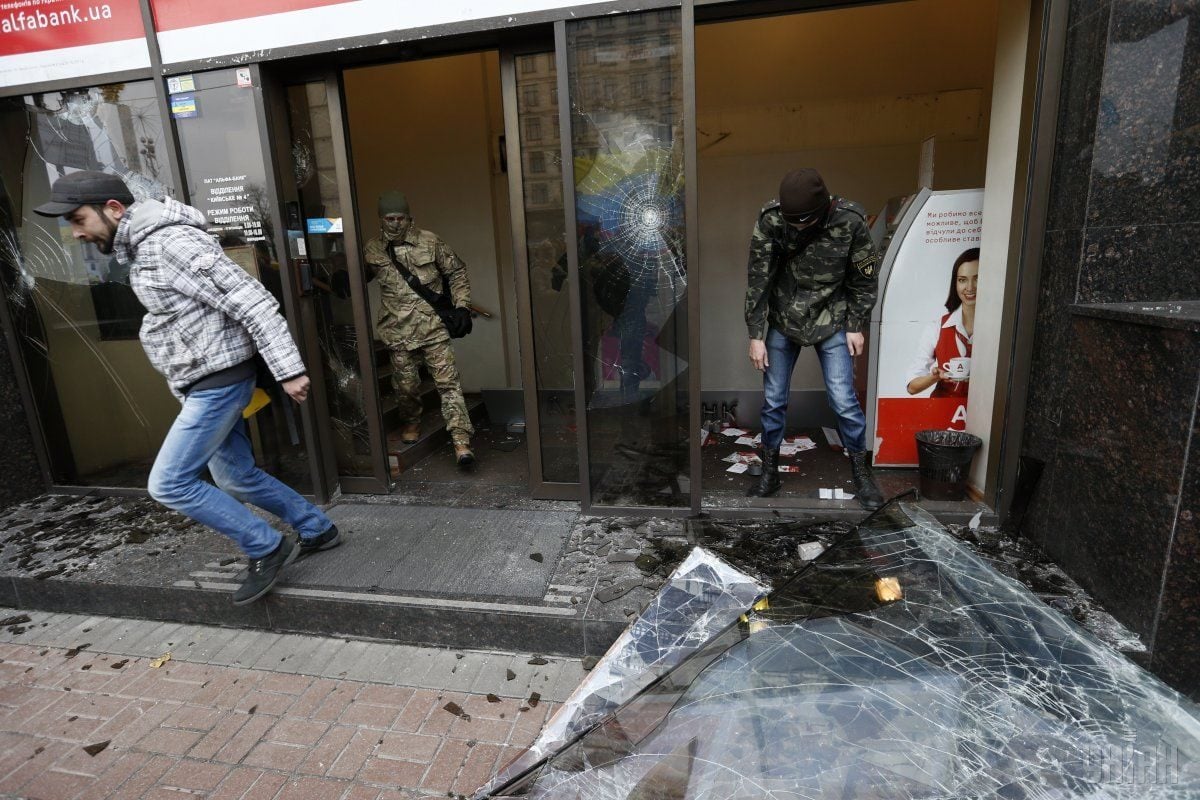 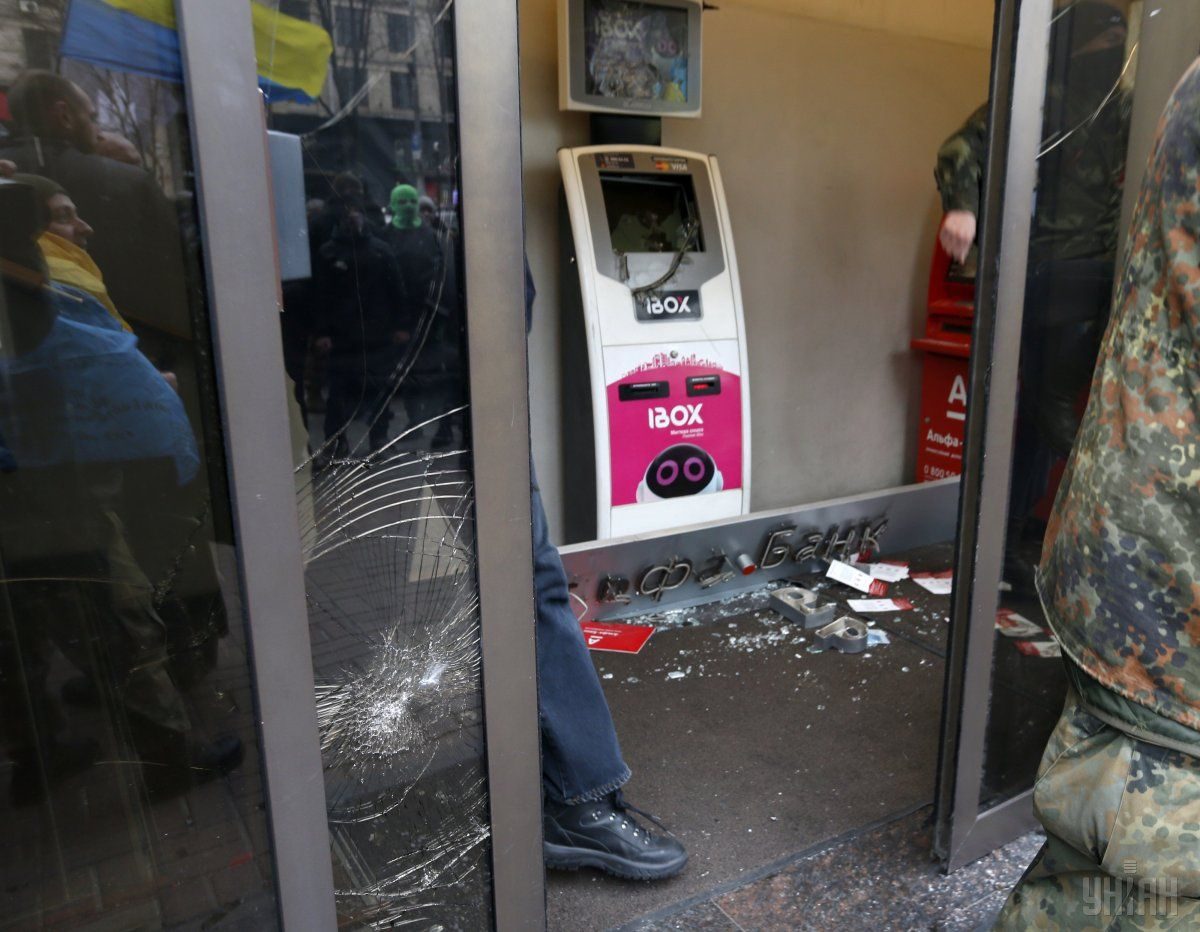 Protesters threw rocks through the windows at the offices of Alfa Bank and Sberbank and ransacked furniture and equipment inside, RFE/RL reported.

Police did not intervene.

February 20 marked the two-year anniversary of the bloodiest day of the months of protests, which had been sparked by then President Viktor Yanukovych's decision to spurn closer ties with the European Union. More than 50 people died in sniper fire and fighting with police.