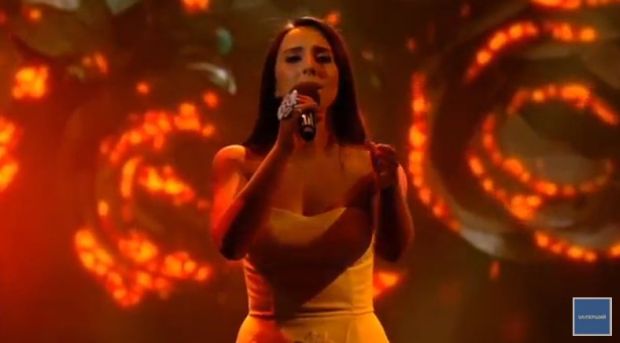 Her song "1944" about the mass deportation of Crimean Tatars under Stalin has received the highest scores both from the judges and a public vote on Sunday evening.

Jamala's song tells the story of the Soviet Red Army's deportation of nearly 250,000 Crimean Tatars in 1944.

"This song really is about my family, my grandmother. I had to write it. It is a memorial song and it is difficult for me to sing it," Jamala said in an earlier interview.

The first round of the semi-finals of the Ukrainian competition took place on February 6, the second one was held on February 13, each round offering three contestants for the finals – Jamala, The Hardkiss, Brunettes Shoot Blondes and SunSay, Pur:Pur and NuAngels (also known as neAngely).

She started her music career in 2005. Jamala became known after her participation at The New Wave 2009, the International Contest of Young Pop Singers in Jūrmala, Latvia. The singer was awarded with the grand prize, impressing the jury with her outstanding vocal talent and confident singing manner in a variety of genres.

Jamala performs music of her own composition in different genres from jazz, soul, rhythm&blues to pop.