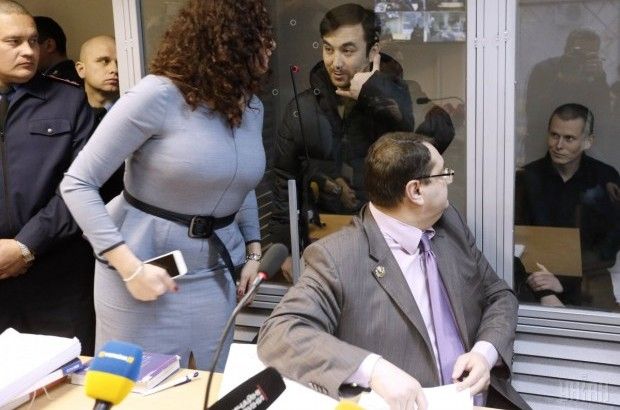 "Hrabovskiy is on a missing list, and I don't rule out that he is no longer alive," she told the reporters during a break in a court hearing against Aleksandrov and Yerofeyev Tuesday.

According to Sokolovska, neither the police, nor the SBU Security Service of Ukraine knows the whereabouts of Hrabovskiy.

"The law enforcement agencies continue the search, but to no avail. He did not cross the borders of Ukraine, and there are no other data about him," the lawyer said.

The last time Sokolovska talked with Hrabovskiy on March 4, and he was going to attend the court session.

Read alsoUkraine launches probe into missing GRU serviceman's lawyerIn addition, the lawyer said that she and Hrabovskiy had constantly received threats from unknown persons in connection with their activities for the protection of Aleksandrov and Yerofeyev.

According to Sokolovska, today she is going to file a request about these threats.

"I have a guess who and why did it," the lawyer said.

Sokolovska also said that the disappearance of Hrabovskiy, as well as attempts to remove her from the protection of the Russian GRU officers, had been associated with delaying the trial by the prosecution.