Russia to send its 50th "humanitarian convoy" to Donbas soon

Russia plans to send its 50th "humanitarian convoy" to Donbas, eastern Ukraine, on March 24, according to Russian news agency TASS. 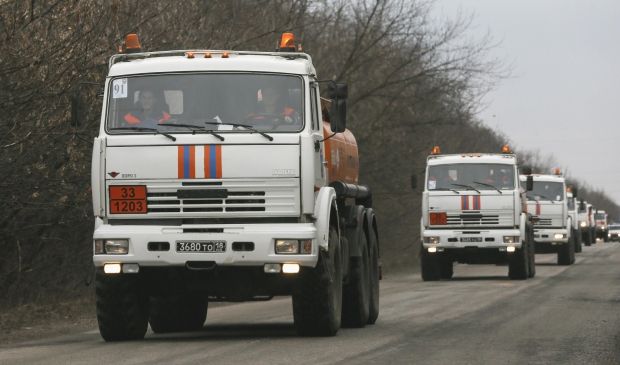 "The next humanitarian convoy is in the pipeline; all procedures are under way, being agreed with the International Committee of the Red Cross. The convoy is to set out on March 24," Russian Emergency Situations Minister Vladimir Puchkov said on Wednesday.

According to him, the freight of the convoy will contain "food and goods of prime necessity."

"We plan to send convoys every month, including this April," he added.

The Russian side does not allow Ukrainian customs and border officers to inspect its "humanitarian" aid.

The Ukrainian side has repeatedly reported that it has proof that boxes with food and other freight delivered by Russia's convoys contain weapons, ammunition and anti-tank grenades.