Documents allegedly received earlier by The New Times weekly from the murdered lawyer for one of the two GRU officers detained in Donbas in May 2015, indicate that the detainees Yevgeny Yerofeyev and Aleksandr Aleksandrov had been dismissed from the ranks of the Russian army in late 2014 and early 2015, that is before their trip to the east of Ukraine. 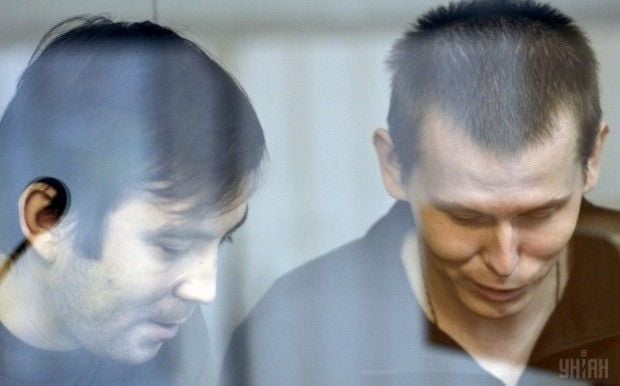 In a follow-up to the suspicious death of Yuriy Hrabovskiy, which many believe is beneficial to the Kremlin against the background of a show trial and cruel sentence of Ukrainian female pilot Nadia Savchenko, the “extracts from dismissal orders” were released by The New Times, according to RBC news agency.

According to the documents transferred to the newspaper by Yuriy Hrabovskiy, who was later found killed, Aleksandrov was dismissed to the army reserve on December 12, 2014, due to "non-fulfilment of terms of the [military service] contract by a serviceman."

Read alsoSecond suspect in abducting Russian GRU officer's lawyer Hrabovskiy detainedIn turn, Yerofeyev was dismissed from the army on March 10, 2015 in connection with staff-related measures. The lawyer, who died, refused to name the source who gave him copies of the mentioned “documents.”

Russian lawyer Yuriy Hrabovskiy was found dead in Kyiv region on March 25. Two weeks before the lawyer was reported missing.

As UNIAN reported earlier, two Russian officers Aleksandrov and Yerofeyev were captured by Ukrainian troops near the town of Schastia in Luhansk region on May 16, 2015. They were injured in a shootout.

Read alsoAnother witness says Yerofeyev, Alexandrov claimed being Russian troops when detainedDuring interrogation Yerofeyev admitted that he had led a sabotage and reconnaissance group of 12 people, to which Aleksandrov also belonged.

In late August, the pre-trial investigation against Yerofeyev and Aleksandrov was finished. The Russian military are charged with waging aggressive war, creating a terrorist organization and committing acts of terror.