Ukrainian citizens Yuriy Soloshenko and Hennadiy Afanasyev, who were illegally imprisoned in Russia, have been swapped and are leaving for Ukraine, according to Ukrainian President Petro Poroshenko's tweet. 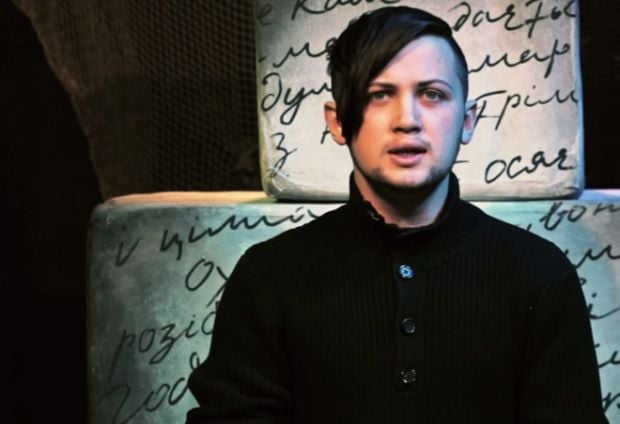 Hennadiy Afanasyev was illegally imprisoned in Russia / Screenshot from youtube.com

"Yuriy Soloshenko and Hennadiy Afanasyev are on board the Ukrainian plane, departing from Moscow for Ukraine," Poroshenko wrote on Twitter on Tuesday afternoon.

The two Ukrainians were welcomed on board the plane by Ukrainian presidential press secretary Svyatoslav Tsegolko and First Deputy Chairperson of the Verkhovna Rada Iryna Gerashchenko, who is also Ukraine's representative to the humanitarian subgroup in Minsk, an UNIAN correspondent in Russia has reported.

Twenty-four-year-old lawyer and photographer Afanasyev was sentenced by the Russian court to seven years in a penal colony.

Read alsoUkrainian political prisoners Afanasyev, Soloshenko ask for clemency in RussiaIn March-April 2014, Afanasyev attended rallies and meetings of supporters of a unified Ukraine, participated in the organization of first aid trainings. After the occupation of Crimea, he was detained by the Russian Federal Security Service (FSB), being accused of allegedly entering a terrorist cell organized by Oleh Sentsov.

He was also charged with participation in an arson attack on Simferopol offices of the Russian Community of Crimea and the United Russia Party. What is more, he was accused of allegedly coordinating Oleksiy Chyrniy in manufacturing explosives for the destruction of a monument to Lenin.

Read alsoPoroshenko urges PACE to use all instruments for release of Ukrainian political prisoners in RussiaOn August 5, 2015, the Russian court sentenced 73-year-old Ukrainian "spy" Yuriy Soloshenko to six years in a penal colony.

Former director of Ukraine's Poltava-based Znamya defense plant Soloshenko was arrested in Moscow in August 2014. He arrived in Moscow on a business trip. But the FSB decided that Soloshenko had tried to illegally acquire secret components for S-300 anti-aircraft missile systems for the Ukrainian defense industry.