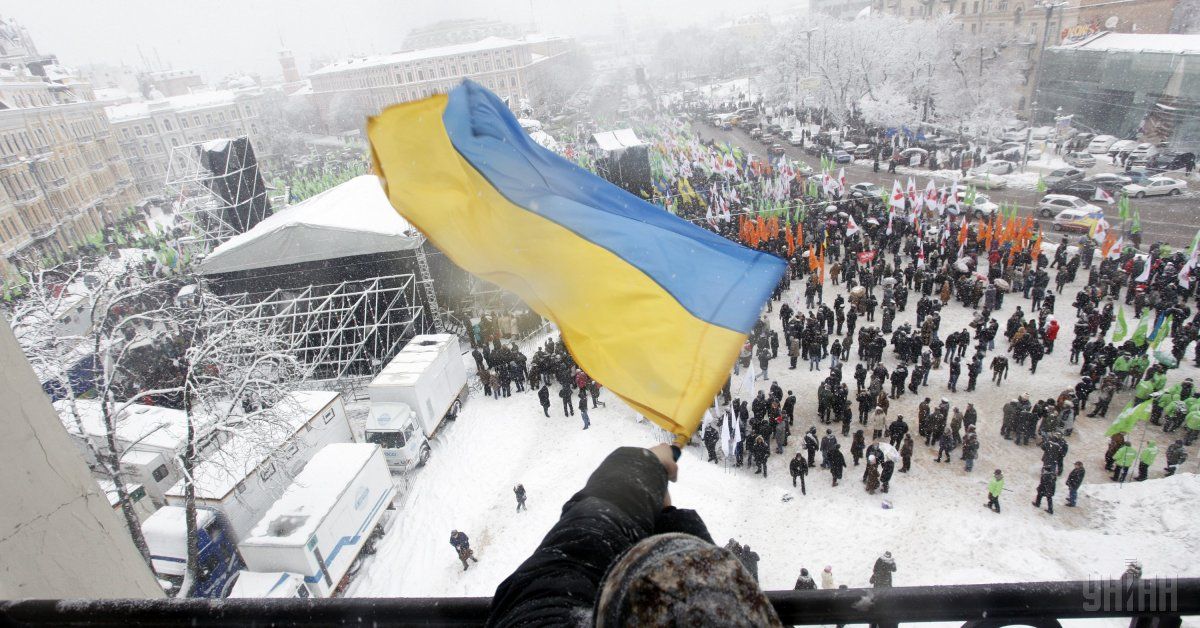 "Let me congratulate all those top-level guests present here, as well as the entire Ukrainian nation, all the Ukrainians in the Diaspora on the Day of Unity," he said on Sunday, January 22.

The Ukrainian president said that on January 22, 1919, unification of two state formations emerged from the wreckage of different empires into a single united Ukraine was declared on Kyiv's St. Sophia's Square.

Read alsoPoroshenko: Together, we are building Ukraine where there is no place for anti-Semitism"The reunion, or as it was called at that time – 'zluka,' has originated from the national liberation struggle of the Ukrainian people, a historic movement of Ukrainians for the creation of their own state. [It appeared] from dreams, aspirations and efforts of many generations of fighters for independence and unity," the president said at festivities on the Day of Unity of Ukraine.

"Even though the unification of the Ukrainian People's Republic and the West Ukrainian People's Republic in 1919 was symbolic, it had a crucial importance for the establishment of the Ukrainian unitary, sovereign state within its present borders. It outlined geographic, political and identifying contours of a united Ukraine. Unity remained a powerful, life-giving idea conveyed to posterity. That is why we mark this day in such a festive way," he said.

"Unity, as I've said earlier, is an indivisible whole from all Ukrainian lands that once belonged to different empires and now form the European independent Ukrainian state. Unity is not just a common territory. This is a spiritual unity, common values, ideals and aspirations. This is a great strong family of all Ukrainian citizens," he said.

Read alsoPoroshenko names consolidation of Ukrainian citizens his priorityAccording to the Ukrainian president, Ukrainian families speak Ukrainian, Russian, Crimean Tatar and other languages, but they are consolidated by a single Ukrainian state. "We belong to different churches, but we have one God. And one land. We have common past and problems. We rejoice and mourn together. We have a common enemy, common goal and common unity," he said.