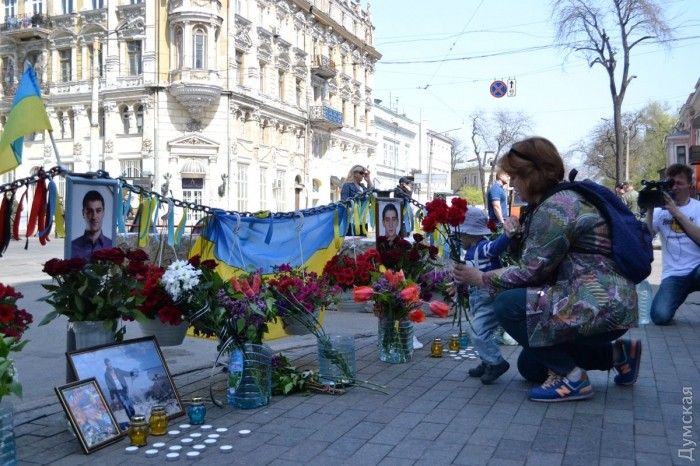 The activists created a kind of memorial of flowers. They tied a lot of yellow and blue ribbons on the metal chain separating the pedestrian and roadways and laid many flowers to the portraits of Ivanov and Biriukov, lighting candles. 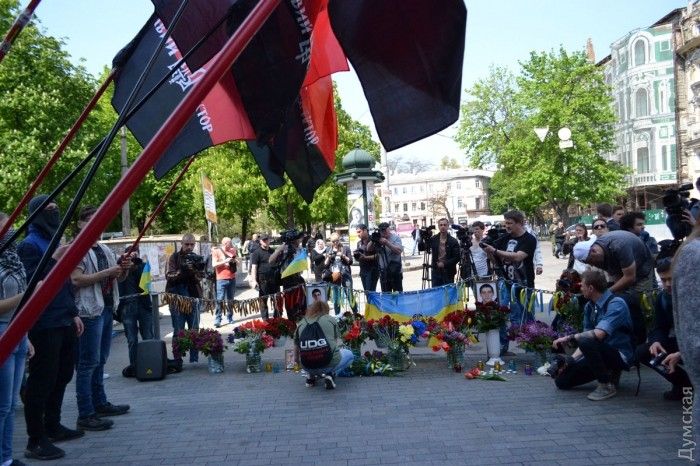 The priest held a service, while people paid tribute to victims noting that Ivanov and Biriukov had given their lives for the independence of Ukraine and free Odesa. They also cited the poems dedicated to the lost patriots.

Read alsoSBU detains group of people suspected of plotting acts of terror, sabotage in Odesa (Video)The activists were chanting: "Heroes don't die! Dying enemies!", "Glory to Ukraine! Glory to the heroes of May 2!" At the site of tragic events, they together performed the State Anthem of Ukraine. 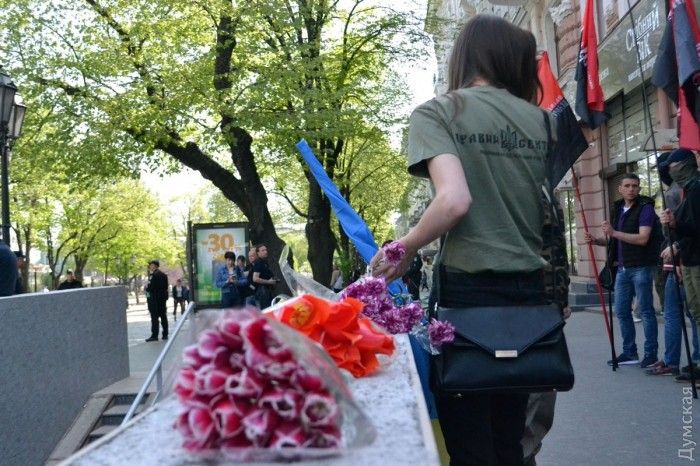 UNIAN memo. Forty-eight people died during riots with the participation of anti-Maidan supporters and Euromaidan activists and a fire incident in Odesa on May 2, 2014. About 300 people were injured.

If you see a spelling error on our site, select it and press Ctrl+Enter
Tags:News of UkrainevictimsOdesapatriotsMay2