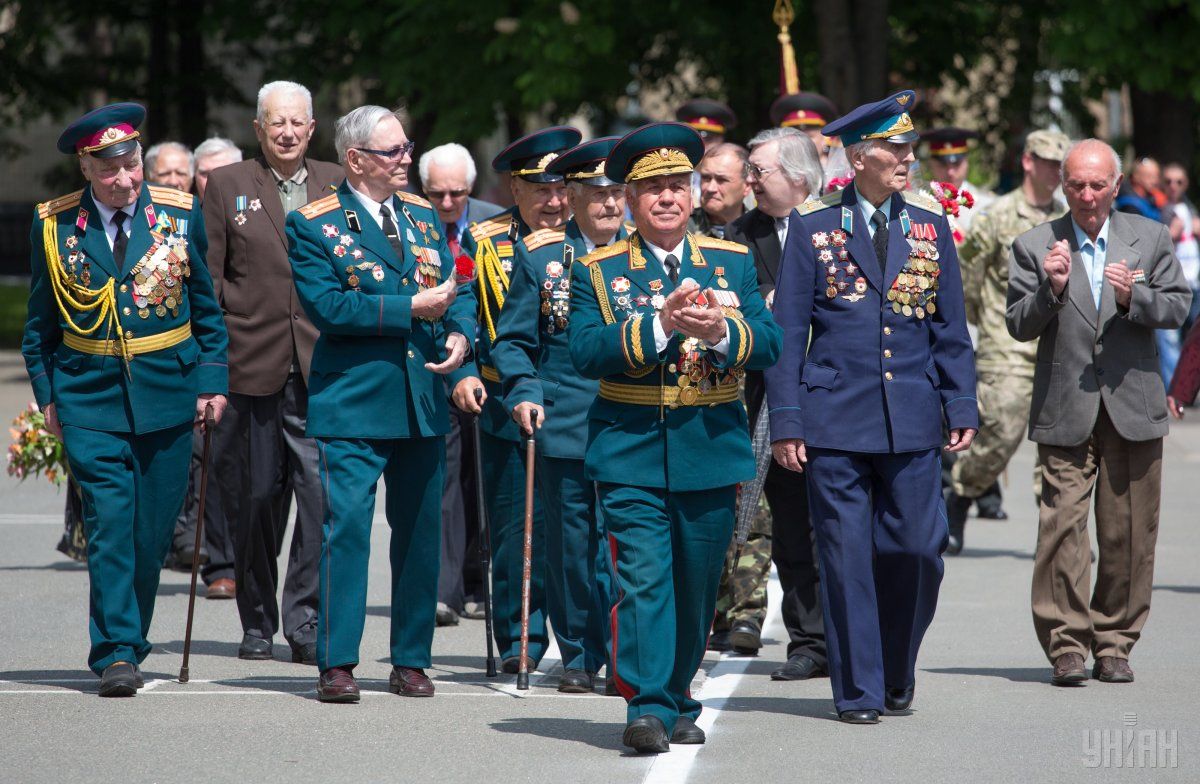 It is the 72nd Victory Day anniversary / Photo from UNIAN

This memorable date was enshrined by the Verkhovna Rada, Ukraine's parliament, in the law on perpetuating victory over Nazism in 1939-1945 World War II, passed on April 9, 2015, as part of a package of laws on de-communization.

Since then, May 9 is celebrated as Victory Day over Nazism in World War II instead of the Soviet-era Victory Day commemorating the victory of the Soviet Union over Nazi Germany in the 1941-1945 Great Patriotic War.

The term "Great Patriotic War" was utilized in the former USSR to emphasize that citizens were defending the Soviet Union as their common state in the war of 1941-1945.

The use of Soviet marks during Victory Day events in Ukraine has been cancelled, Chairman of the Ukrainian Institute of National Remembrance Volodymyr Vyatrovych emphasized.

A red field poppy, an internationally recognized sign used to commemorate military personnel who have died in war, became the official symbol of both Victory Day over Nazism in WWII and the Day of Remembrance and Reconciliation (May 8) in Ukraine.

Read alsoBreaking with the past, and Russia, Ukraine now celebrates victory in WWII on May 8

In 2017, Ukraine is officially celebrating Victory Day over Nazism in WWII for the second time.

If you see a spelling error on our site, select it and press Ctrl+Enter
Tags:News of UkraineVictoryDayMay9