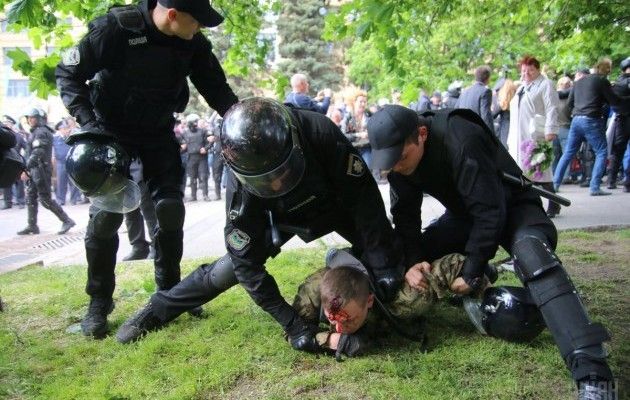 "After a preliminary consideration of the incidents and provocations in the City of Dnipro:

According to Avakov, "an official investigation has been launched concerning the events that had taken place to further probe the actions of the police. A commission headed by chairman of the police internal security office Koval was deployed to Dnipro."

As the minister noted, "a special investigation team was set up and deployed to Dnipro to investigate within criminal proceedings the actions of civilians and their coordinators."

Read alsoMay 9 parade in Russian-occupied Donetsk: Old aircraft, terrorists as "heroes"Avakov promised to disclose the results of the investigation and stressed: "I hope this lesson will be learned by the Dnipro police. I hope, it will be also learned by politicians. If we draw conclusions, we will be stronger! ".

As UNIAN reported earlier, clashes erupted during May 9 rallies in the City of Dnipro between the ATO veterans, police, and security as the columns organized by Socialist Party and Opposition Bloc were heading toward the Monument of Glory. Several ATO veterans were injured.

As a result of mass brawls, 14 people reported to the hospitals, including six policemen.

If you see a spelling error on our site, select it and press Ctrl+Enter
Tags:News of UkraineDnipropoliceAvakovtitushkydismissal