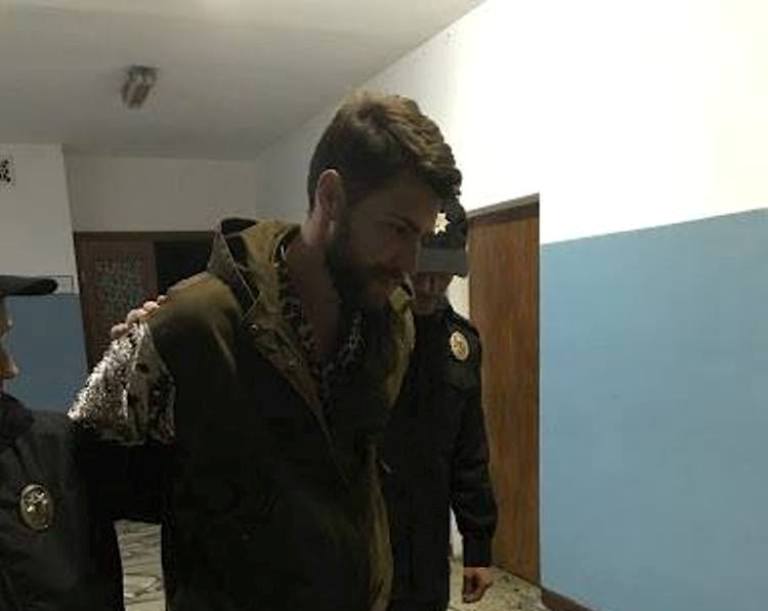 The man, identified by Avakov as prankster Vitaliy Sediuk, took to the stage draped in an Australian flag and flashed his bottom, Reuters wrote.

The incident was beamed to an audience of millions around the world and widely shared on social media during Saturday's show, which took place in Kyiv.

Read alsoKyiv spends $1.9 mln on Eurovision securityThe Ukrainian authorities did not see the funny side, and have detained him for a period of 72 hours. He could face anything from a fine to five years in prison on hooliganism charges, Avakov said in a Facebook post.

"Sediuk is a Ukrainian citizen. During the performance of our Jamala, according to his own words, he decided to realize his hobby as he 'unofficially works as a provocative journalist'," Avakov said.

Sediuk has a history of carrying out pranks.

He once struck actor Brad Pitt in the face as he signed autographs in Los Angeles.

He also breached the red carpet at the Cannes Film Festival to try to climb under actress America Ferrera's dress as she posed for photographers.

In other exploits, Sediuk has hugged actor Leonardo DiCaprio around the crotch at a Santa Barbara Film Festival event, stormed the stage during singer Adele's Grammy acceptance speech, and was slapped by Will Smith after kissing the actor at a Moscow premiere.

If you see a spelling error on our site, select it and press Ctrl+Enter
Tags:News of UkraineEurovisionESC2017Eurovision2017