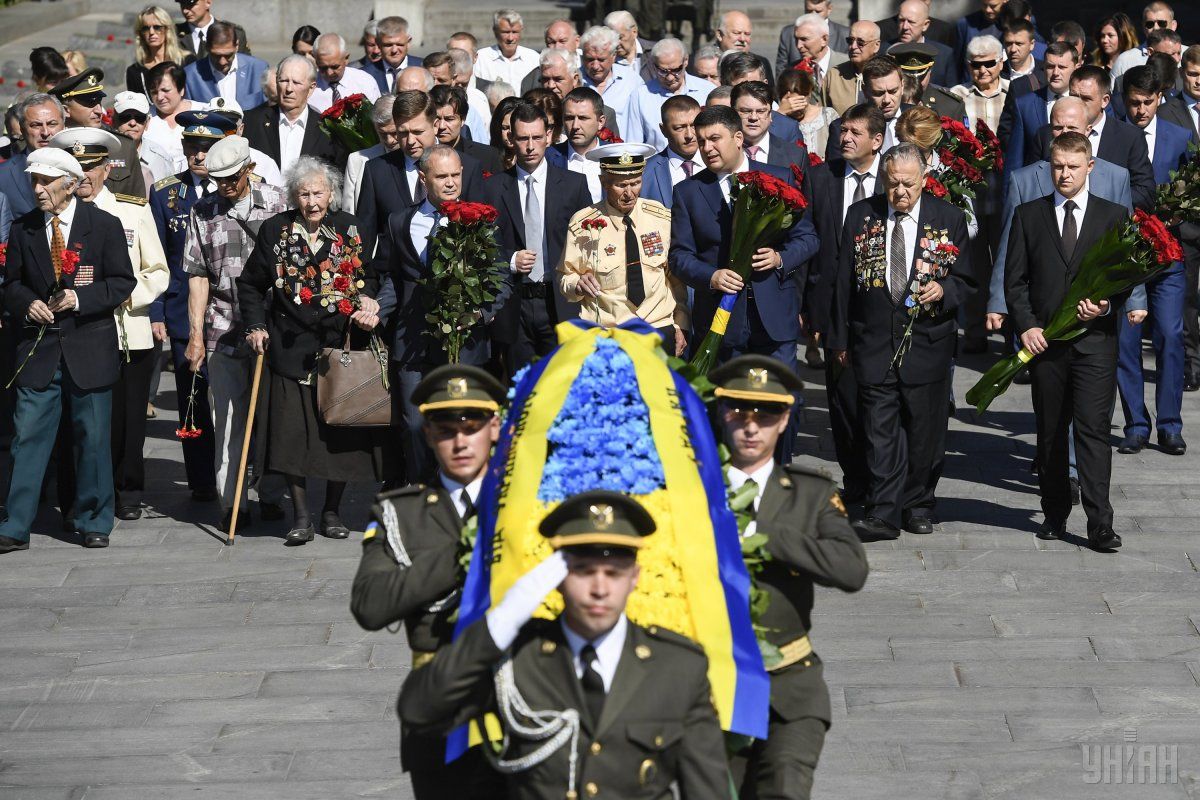 In the city of Dnipro, members of nationalist movements attempted to block rallies of the Union of Soviet Officers, which has been recently outlawed because of its anti-Ukrainian position. Fortunately, no brawls were reported. The police only drew up an administrative protocol against a woman who came with the banned St. George ribbon, a symbol of Russian aggression against Ukraine, the TV news service TSN reported.

Read alsoUkraine marks Victory Day over Nazism in WWII (Video)People who gathered at the Memorial of Glory in the city of Kharkiv brought several Soviet red flags. The police allowed them to use only those that did not have images of the Soviet hammer and sickle. One participant brought a banner saying "Hitler and Bandera attacked Ukraine," which was seized by law enforcers. 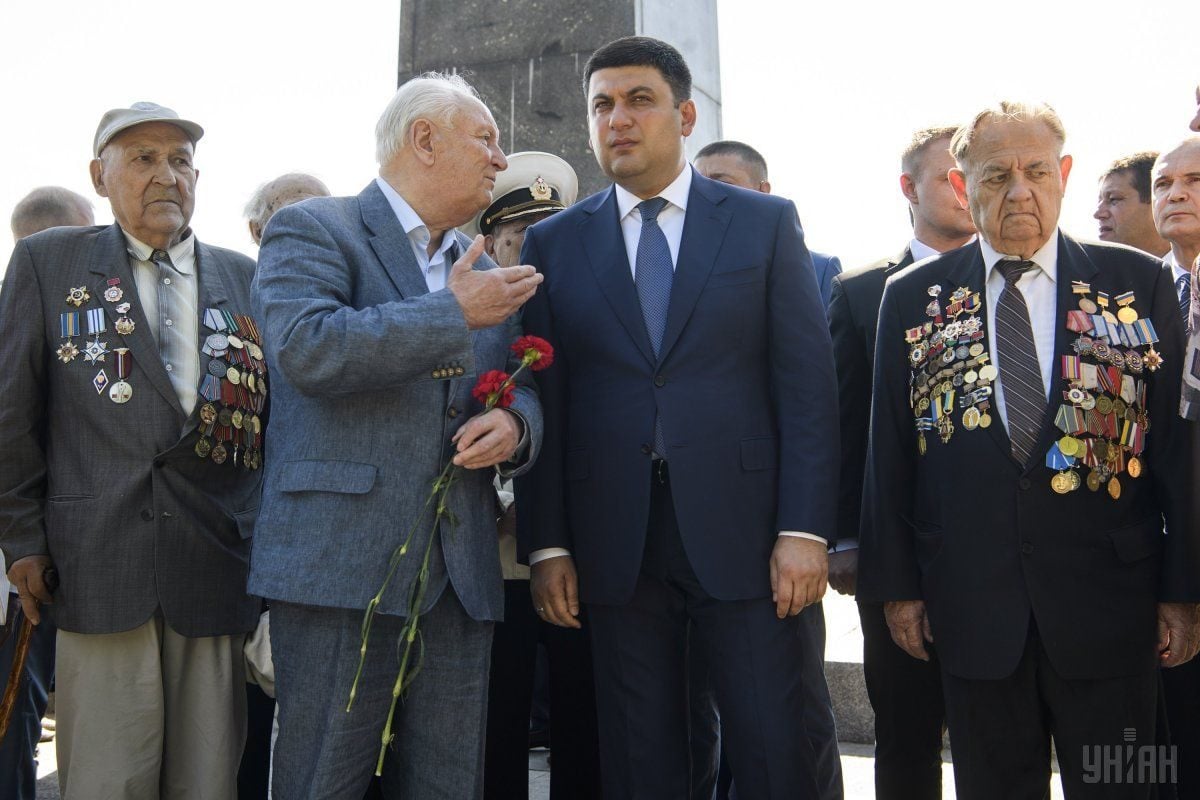 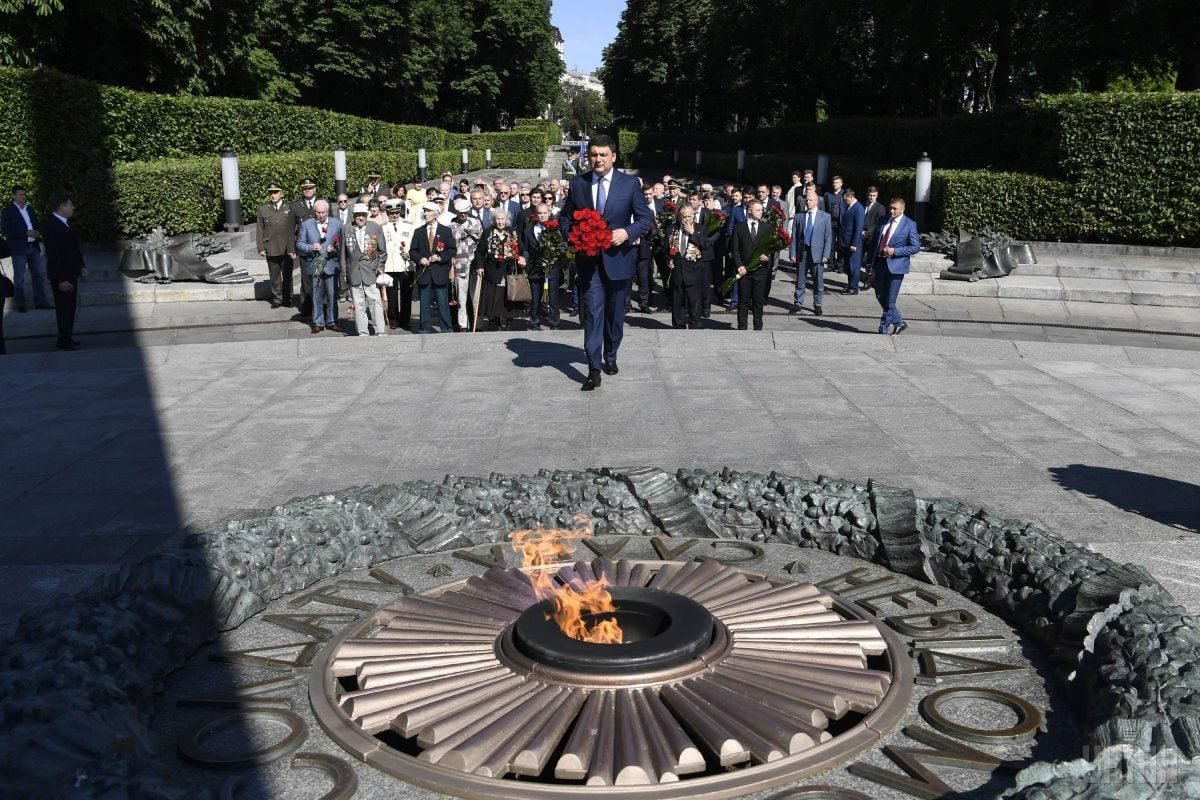 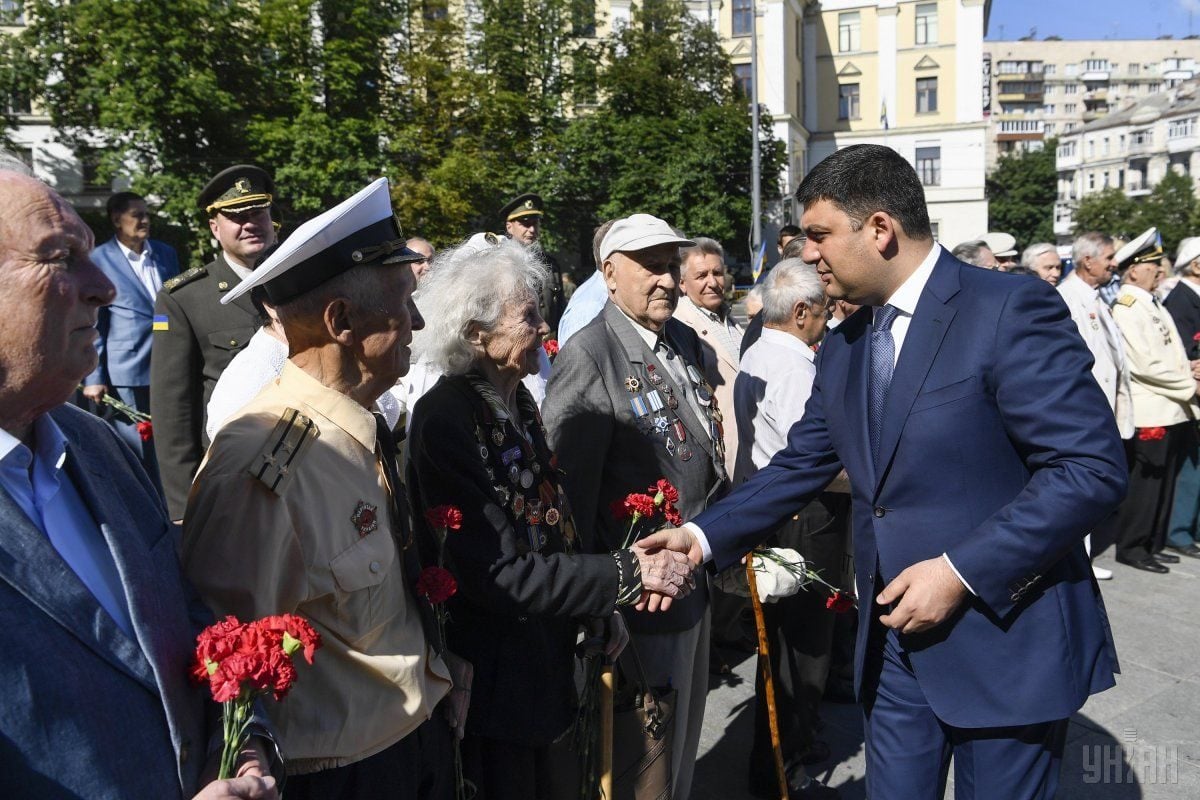 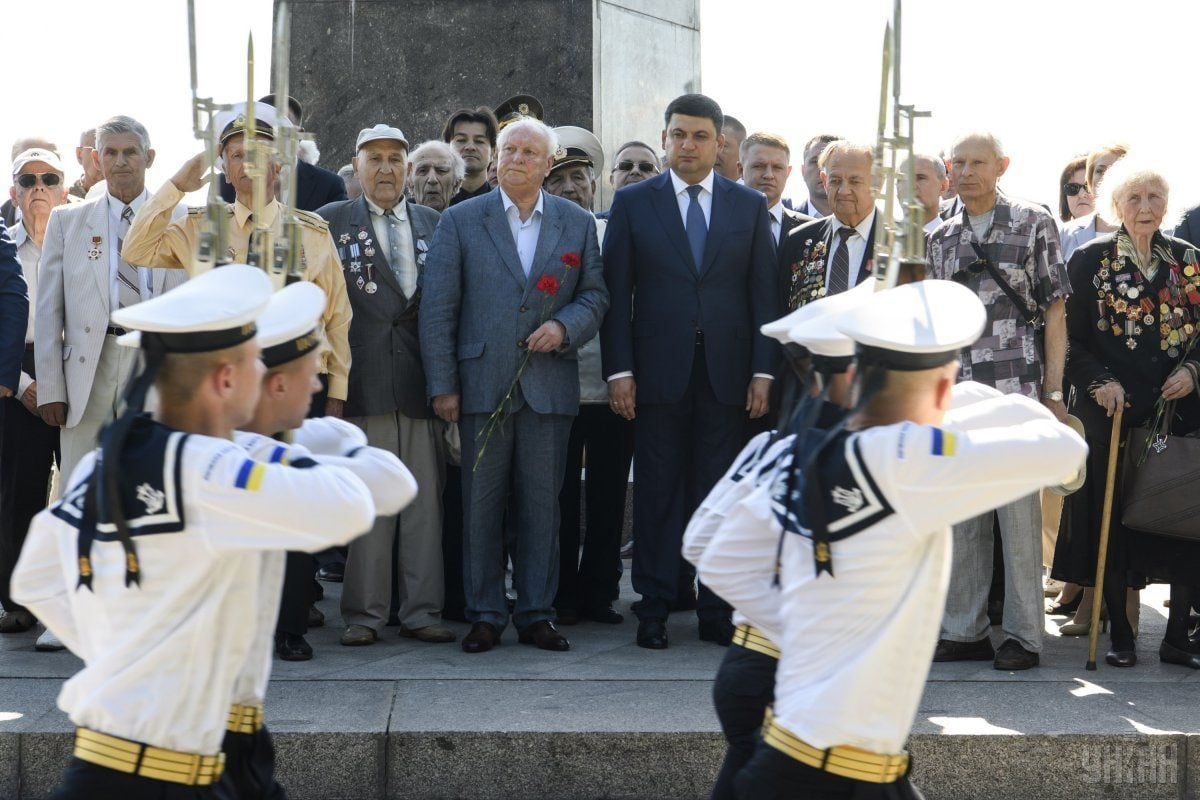 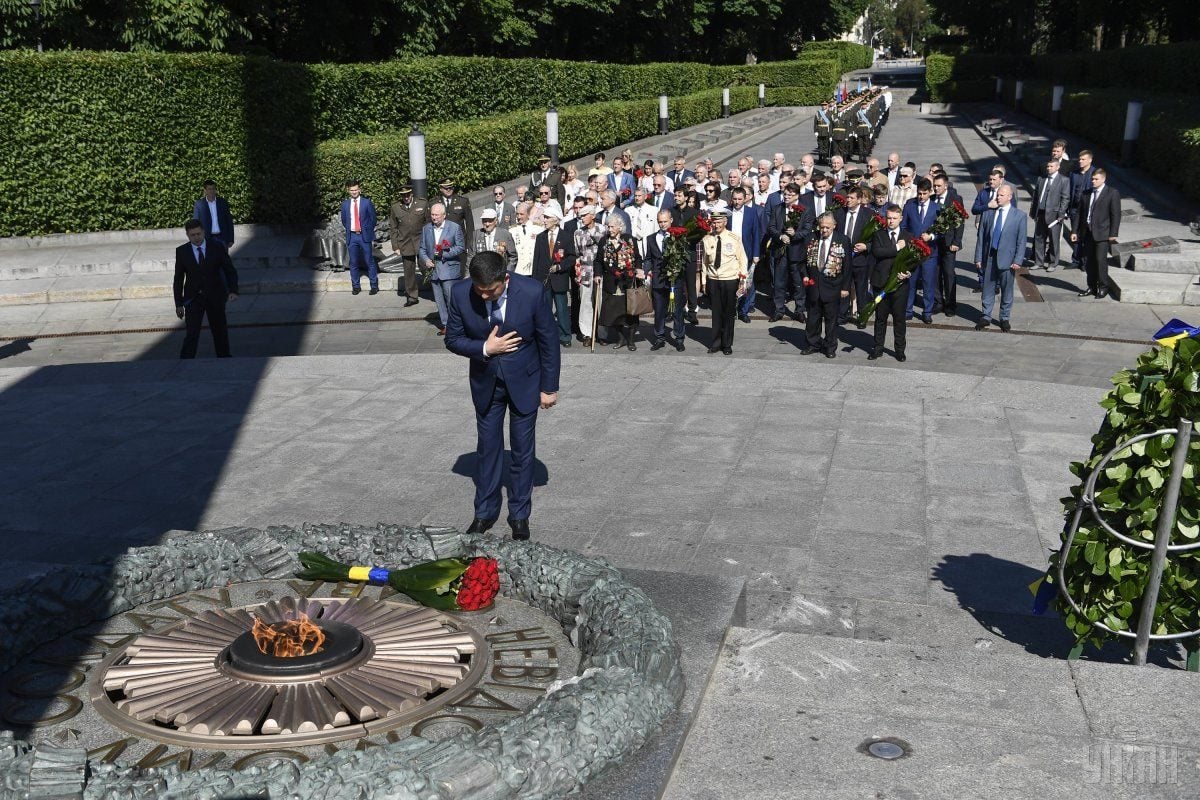 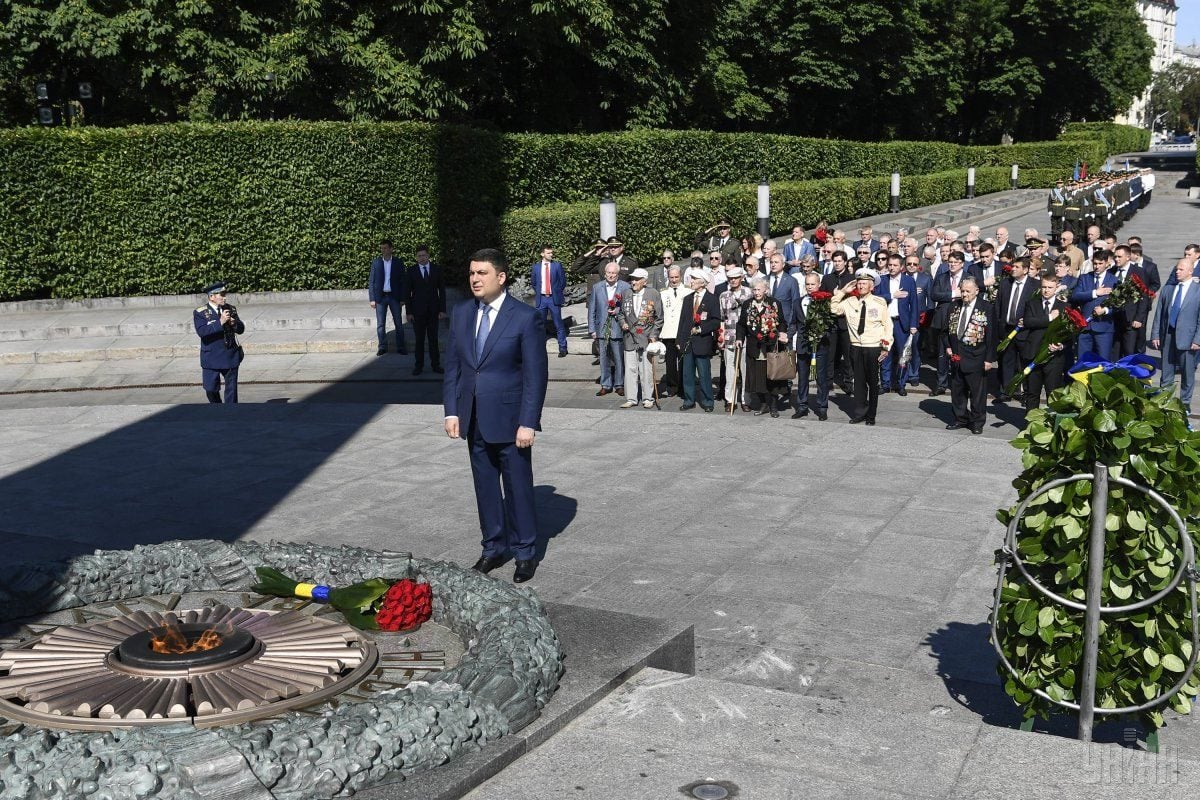 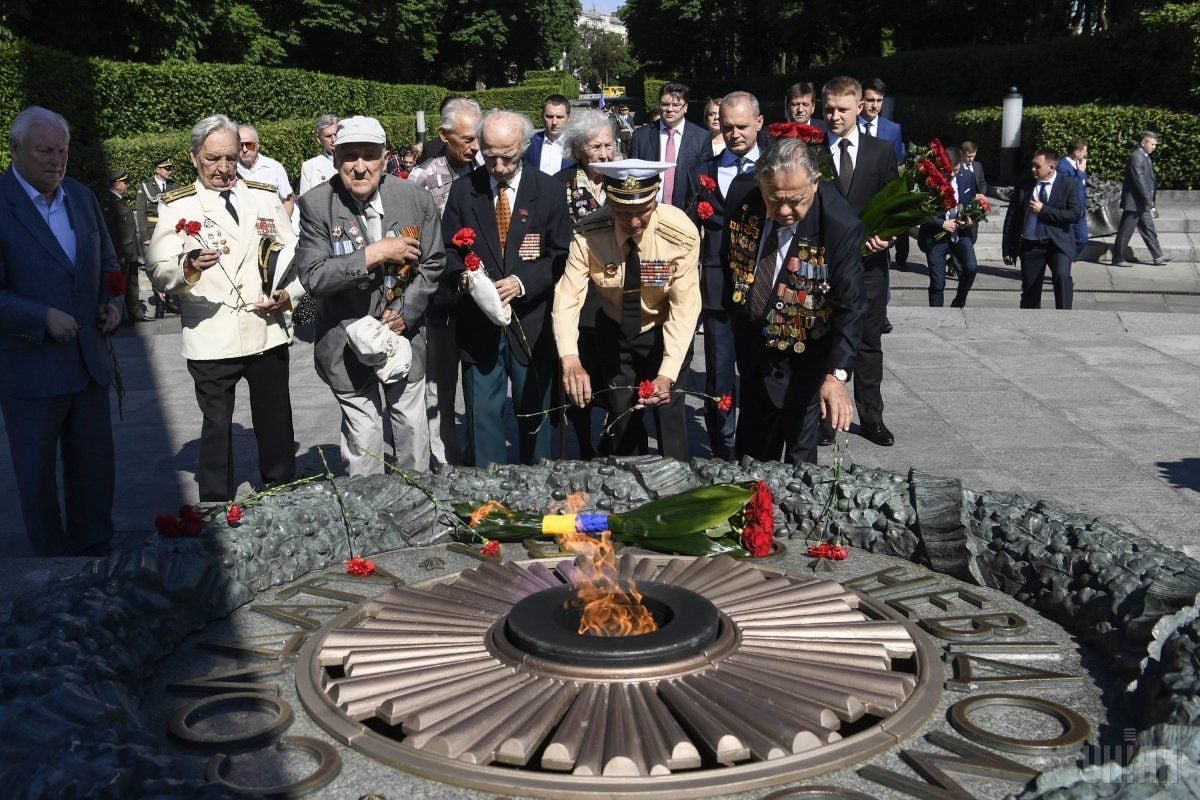 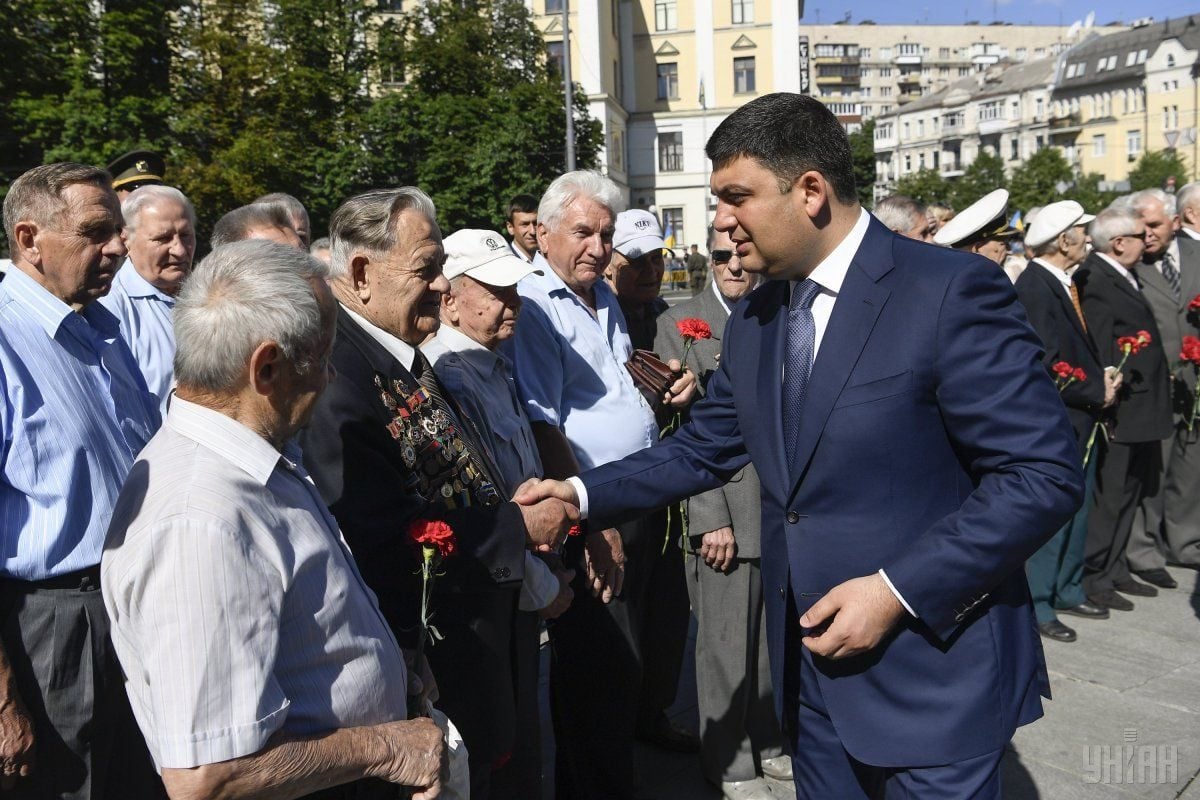 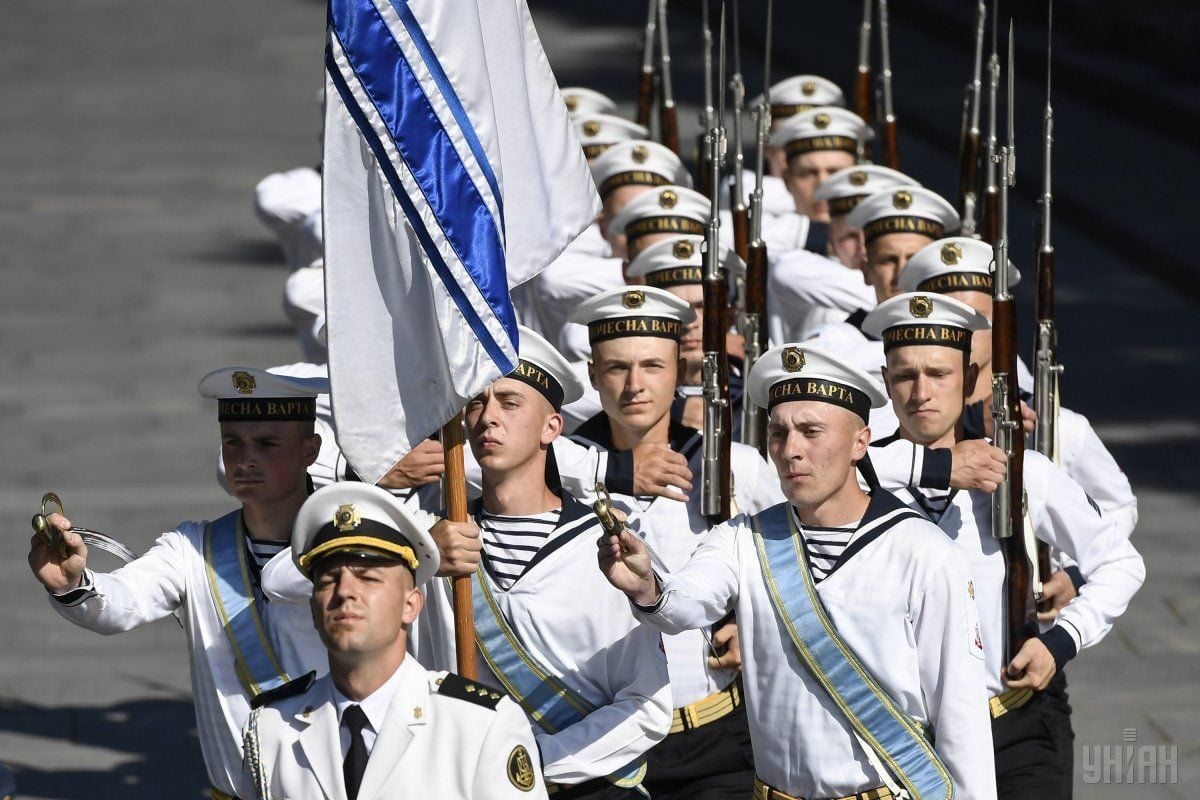 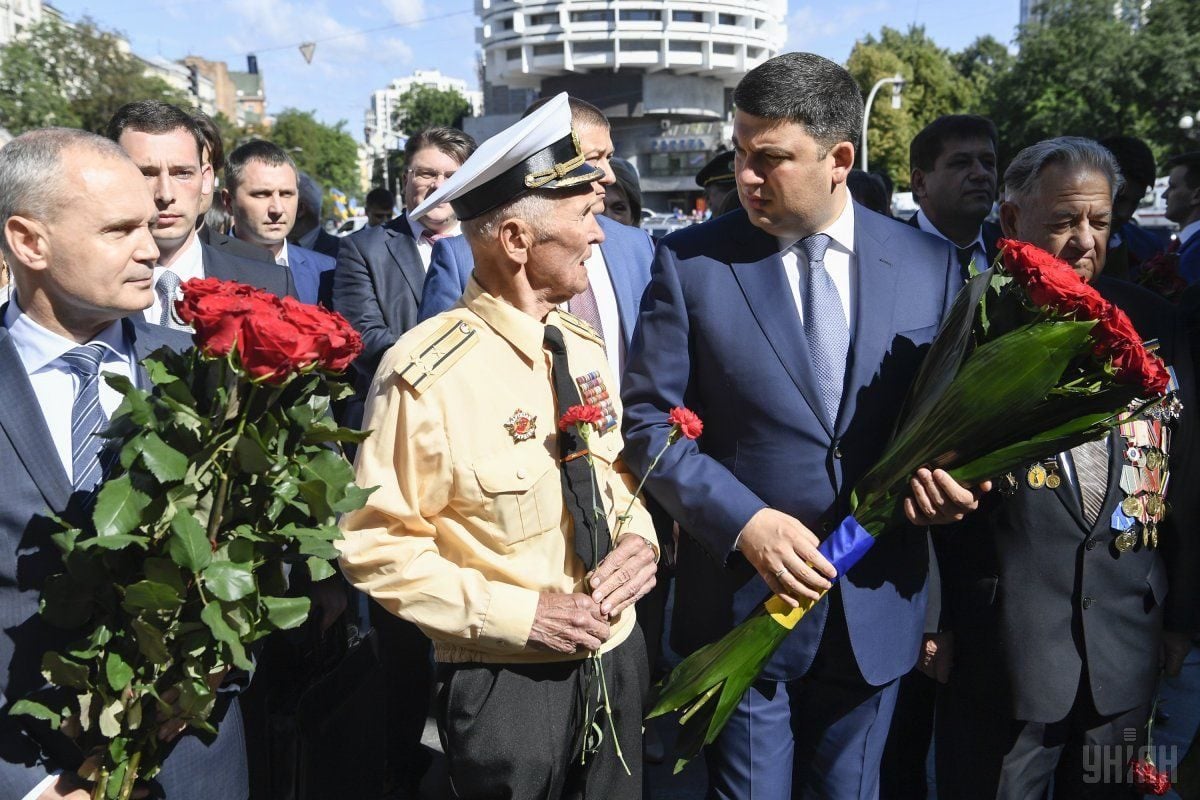 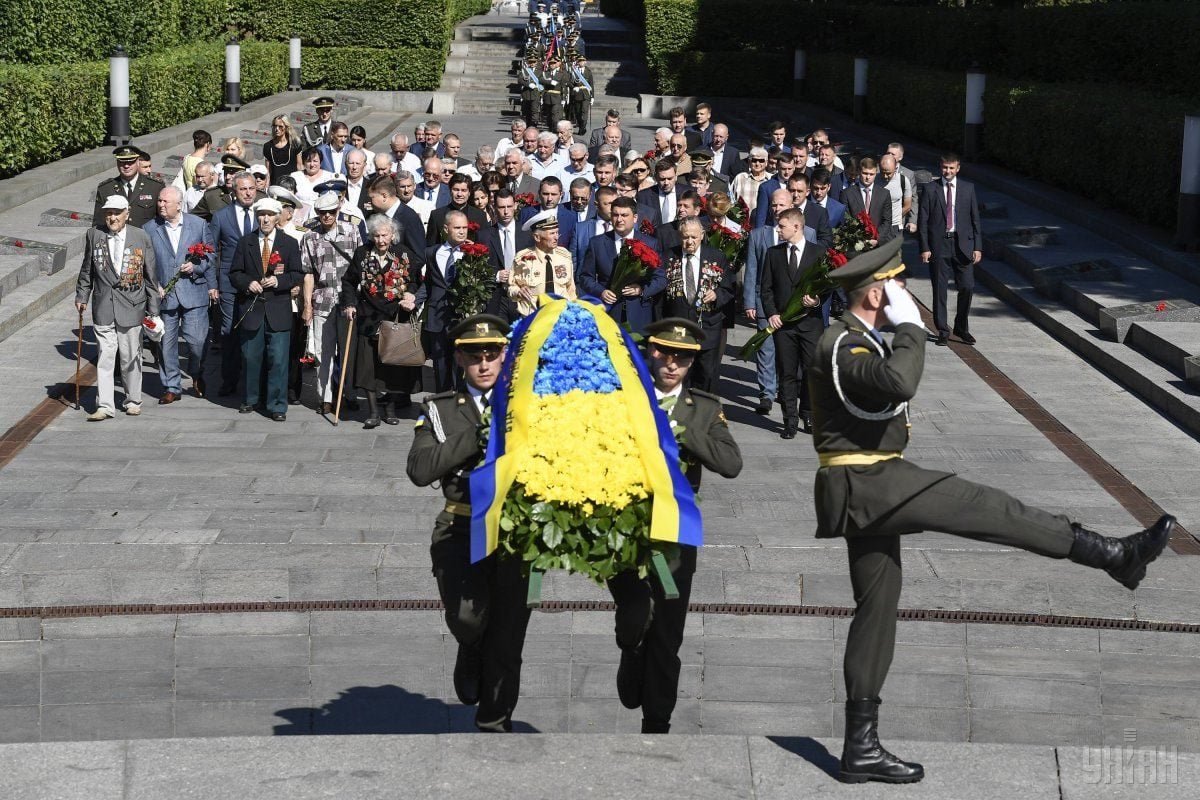 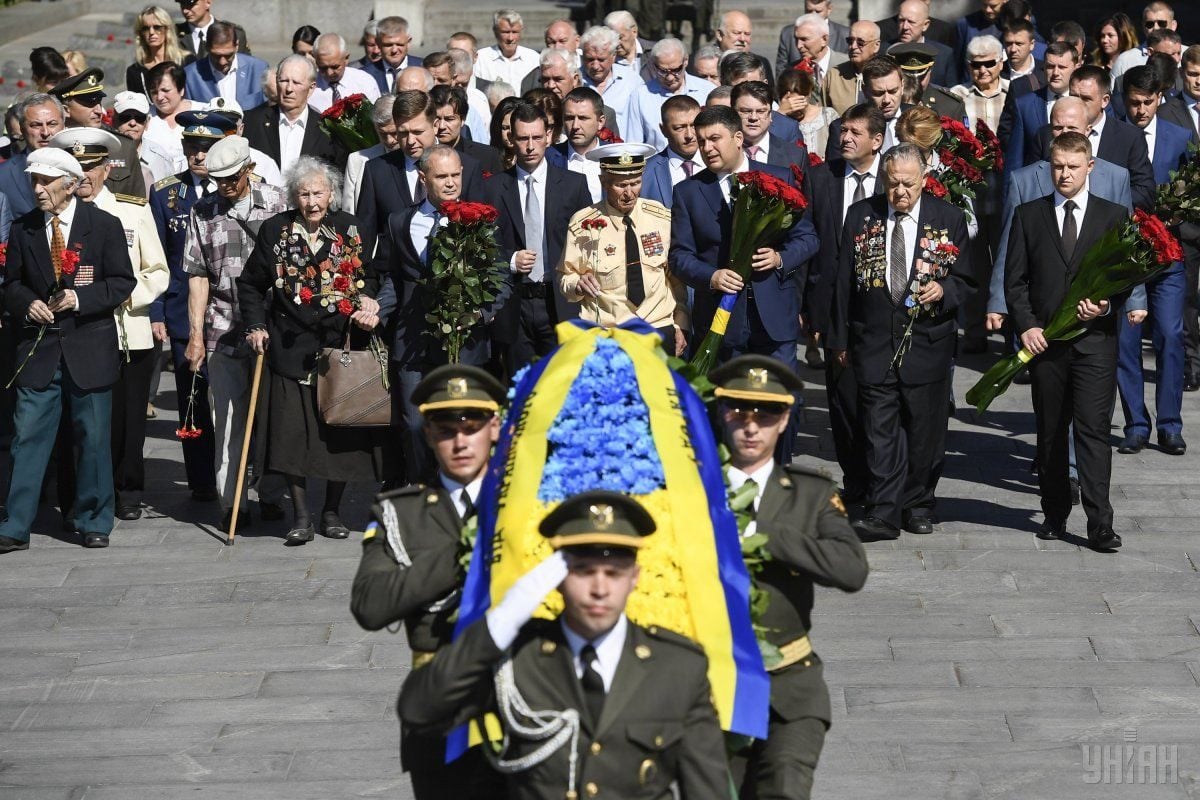 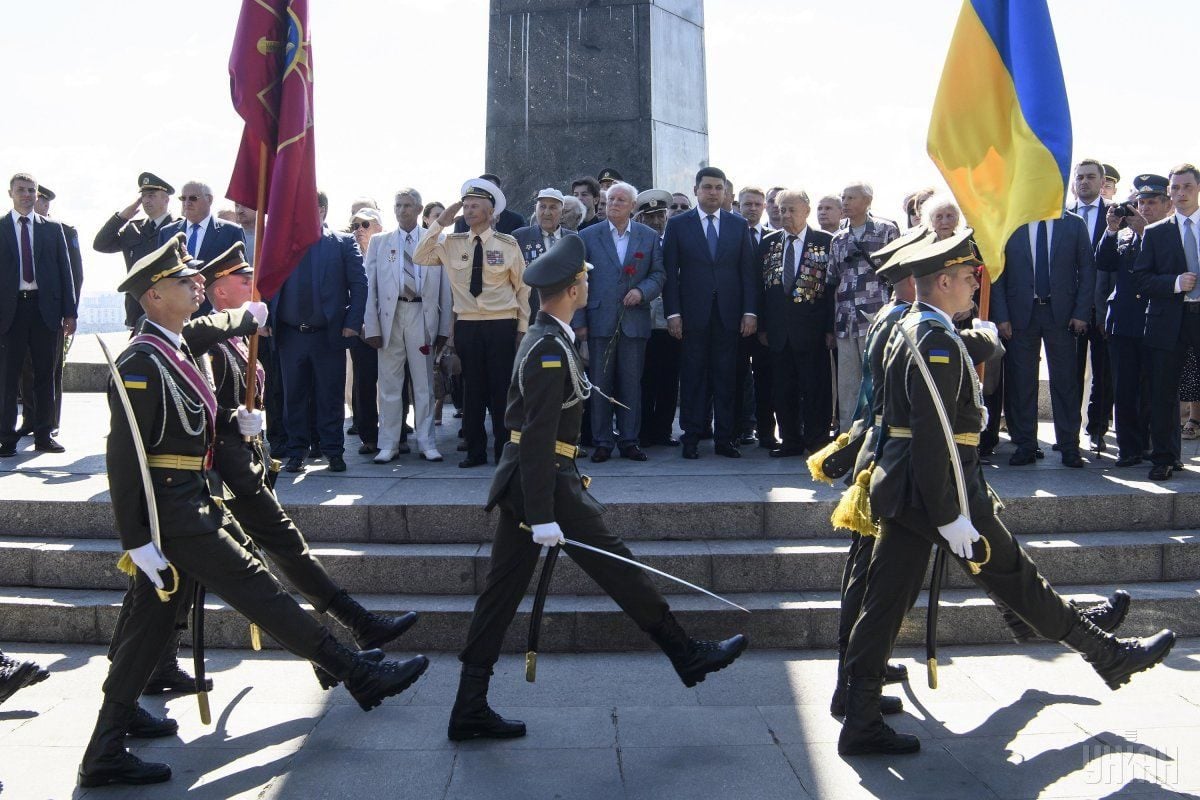 No more than 40 activists of the Russian-registered propagandist organization "Immortal Regiment" held a rally in the city of Zaporizhia, which was guarded by about 400 law enforcers.

Ukraine annually marks the Day of Grief and Commemoration of the War Victims on June 22, the day when the Great Patriotic War claiming the life of every fifth Ukrainian began in 1941.

If you see a spelling error on our site, select it and press Ctrl+Enter
Tags:News of UkrainevictimsrallySovietflag