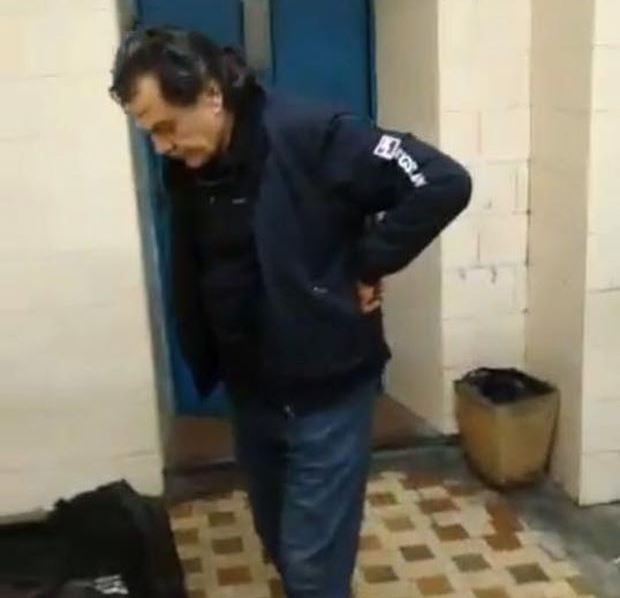 "The perpetrator has stolen hundreds of millions of euros from the Italians and has been hiding in different countries many years. In spring this year, the SBU Security Service of Ukraine detained him in a well-planned operation. Due to the professional and honest work of the Ukrainian Prosecutor General's Office and the Ministry of Internal Affairs, the procedure for Nicosia's extradition was completed within three months, and today the perpetrator, convoyed by the Italian police, has left for home, where he will soon stand trial," Lutsenko wrote on Facebook in the early hours of Monday, July 17.

According to him, this operation was another step towards strengthening Ukrainian-Italian law enforcement agencies' cooperation after the transfer of stolen works of art back to Italy.

"[This] gives grounds to count on Italy's constructive position on the Vitaliy Markiv case," Lutsenko said.

Read alsoUkraine asks Italian court for consul's access to detained Ukrainian guardsmanAs UNIAN reported earlier, member of the National Guard of Ukraine Vitaliy Markiv, who participated in the Anti-Terrorist Operation (ATO) in Donbas, was arrested in Italy on June 30. He is suspected of involvement in the death of Italian freelance photojournalist Andrea Rocchelli, who, along with Soviet-era dissident, Russian rights activist and journalist Andrey Mironov, was killed outside of the town of Slovyansk in eastern Ukraine late in May 2014. Mironov was Rocchelli's interpreter. Reports said that the two had been hit by mortar fire.

The Communications Department of Ukraine's Internal Affairs Ministry reported that it was a French journalist who testified against Markiv. According to the Ukrainian consuls, Markiv's psychological state is normal and his detention conditions are satisfactory.

Nicosia was captured by the police in the Black Sea port of Odesa on April 18, 2017, on a request from Italy's financial police and Interpol.

According to foreign media outlets, Nicosia stands accused in Italy of masterminding a complex $48 million scheme that claimed fraudulent tax credits for the purchase of advertising space. He fled Europe shortly before an Italian judge issued a warrant for his arrest in June 2014, traveling to South Africa, Brazil and Panama before finally landing in Ukraine.

If you see a spelling error on our site, select it and press Ctrl+Enter
Tags:News of UkraineItalyMarkivRocchelli