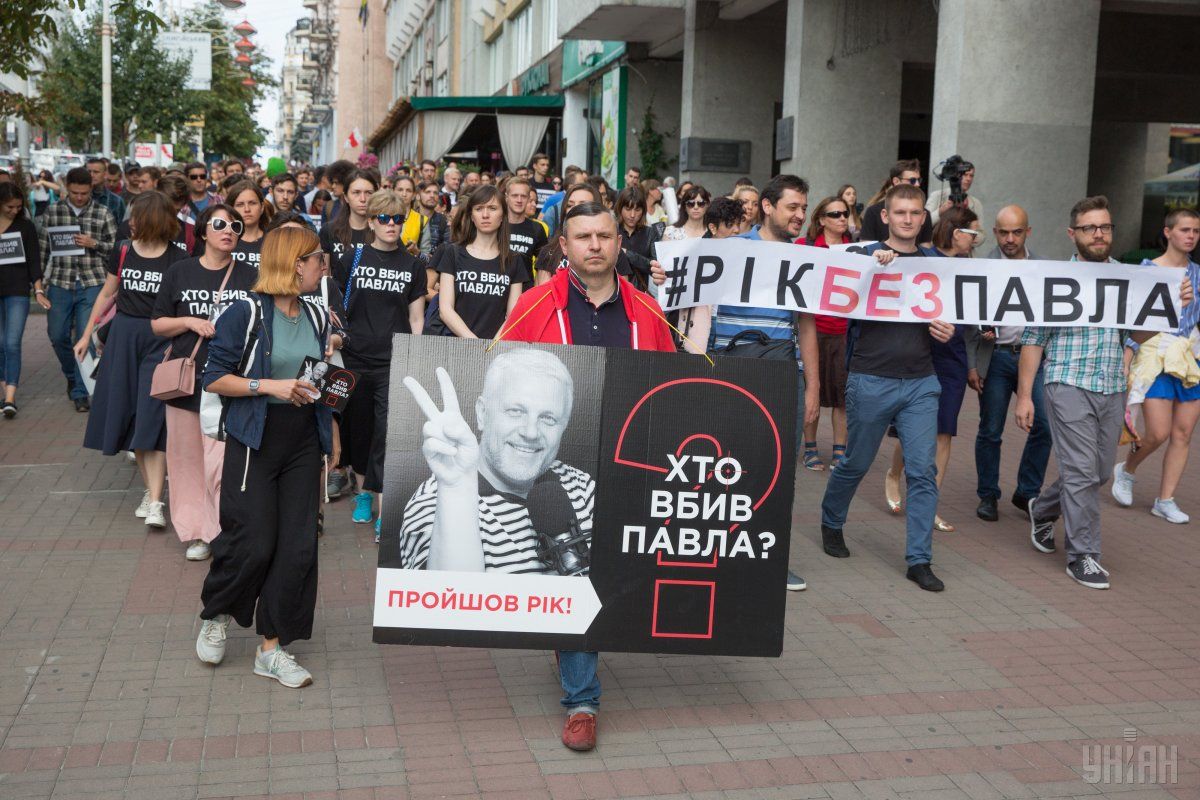 "Today marks the one year anniversary of the murder of journalist Pavel Sheremet. On this occasion, G7 Ambassadors stress the importance of continuing the investigation into his death and bringing those responsible to justice," the statement said.

UNIAN memo. Pavel Sheremet, a journalist from Belarus who was residing in Kyiv, was blown up in a car on the morning of July 20, 2016. Police opened a criminal case under Part 2 of Clause 5 of Article 115 of the Criminal Code of Ukraine (felonious homicide committed in a way dangerous for many people's life). Prosecutor General Yuriy Lutsenko called revenge for professional activity as a major version of the journalist's murder. Interior Minister Arsen Avakov did not rule out Russia's involvement in the assassination.

If you see a spelling error on our site, select it and press Ctrl+Enter
Tags:News of UkraineinvestigationSheremet