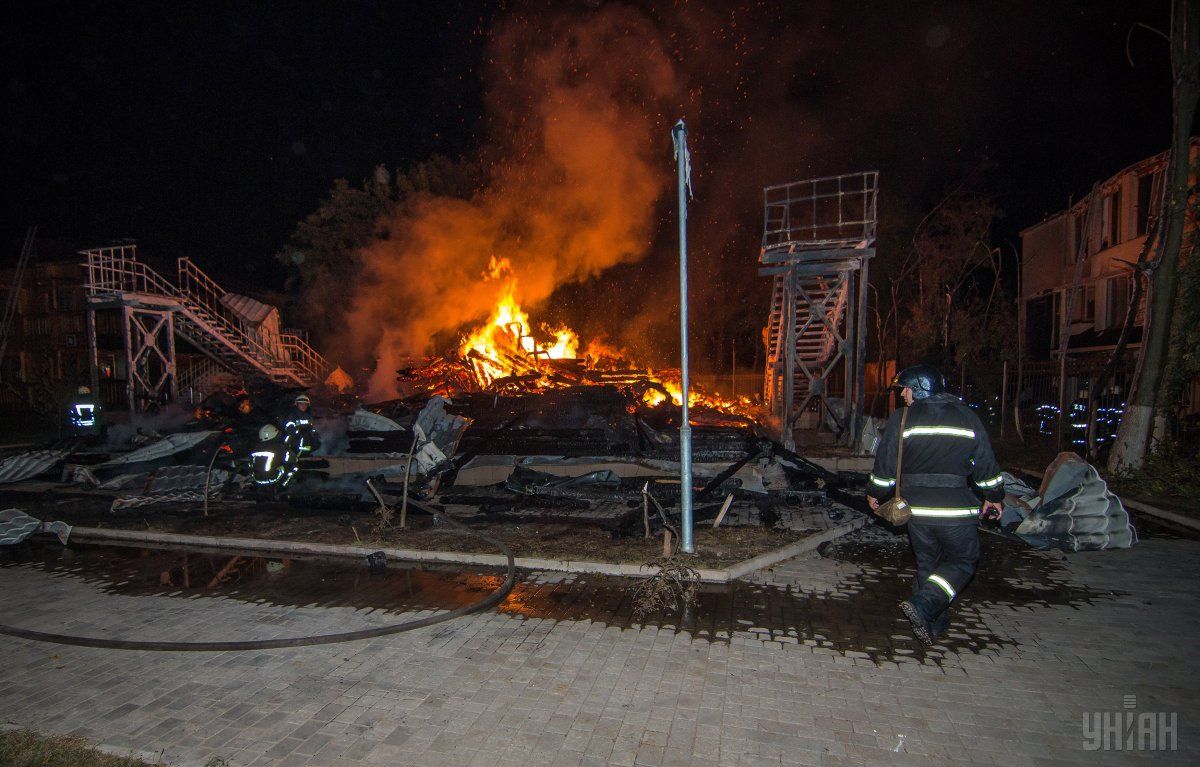 "I regret to say that a fragment of the body of yet another, the third girl, who was considered missing, has been found," he said.

As UNIAN reported earlier, the blaze broke out overnight inside a dormitory, which burned to the grounds, at Viktoria holiday camp on September 15. Two children were reported killed, while two more were hospitalized. Eyewitnesses said that some children jumped out of the windows to escape the fire.

Read alsoSeveral hurt in 'terrorist' incident on London underground train – mediaThe police have opened criminal proceedings on the preliminary legal qualification of Part 2 of Article 270 (violation of the requirements of fire safety established by the legislation) of the Criminal Code. Mourning for victims was declared in the region on September 16-17, according to the order by the head of the Odesa Regional State Administration Maksym Stepanov.

The law enforcers detained Director of Viktoria children's camp Petros Sargsyan, while a number of officials were suspended from their duties.