The court in Odesa region’s Chornomorsk on Monday, September 18, found not guilty all 19 defendants in the probe into the May 2, 2014, Odesa’s deadly mass riots case. 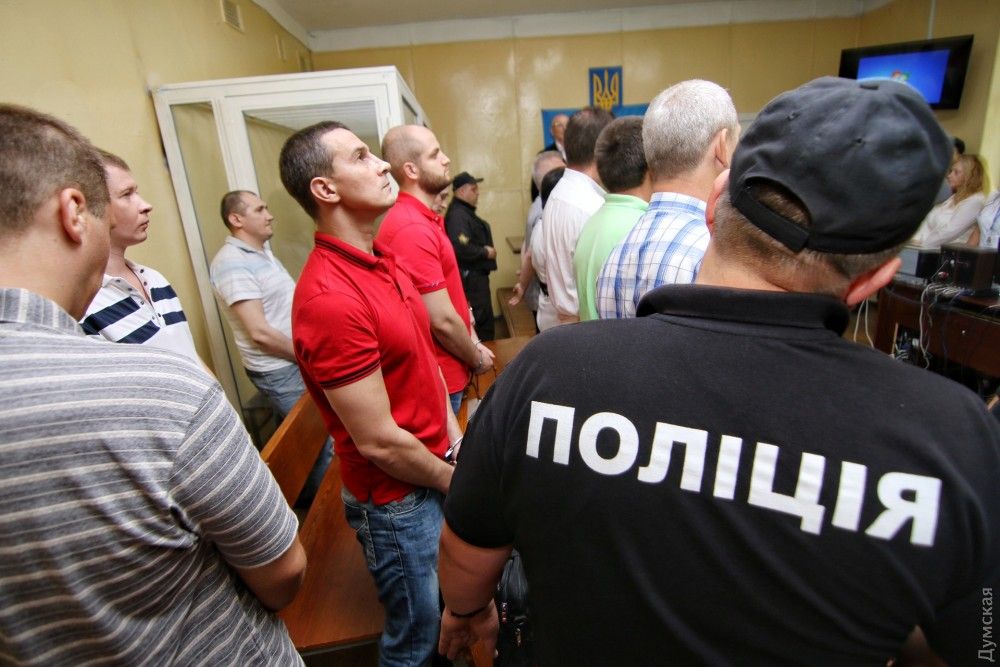 Five of the individuals tried in the case, who were held in a pre-trial custody, were ordered to be released – that is, Russian citizens Yevgeny Mefedov and Maksim Sakaulov, as well as Ukrainian nationals Serhiy Dolzhenkov, Serhiy Korchynsky and Vladyslav Romaniuk.

The presiding judge stated that the Prosecutor's Office had failed to provide convincing evidence of the defendants’ guilt: "There is not a single piece of evidence to support the prosecution. Moreover, the prosecution did not even try to prove their guilt."

At the same time, the press service of the regional prosecutor's office told UNIAN that two of the men, Yevgeny Mefedov and Serhiy Dolzhenkov, once the verdict was handed down had been taken into custody in the courtroom in another case, on “separatism” charges.

They are suspected of making public calls for deliberate action to alter Ukraine’s borders.

The press service also stressed that the prosecutor's office categorically disagreed with the court's decision in the “May 2 case” and was drafting an appeal against the acquittal.

After the court ruling was issued, clashes erupted outside the court building between the National Guard that had cordoned off the court premises and a crowd of activists who protested against the verdict they believed unfair.

As UNIAN reported earlier, the prosecutor's office required up to 15 years in prison for the defendants in the case of mass riots in Odesa on May 2, 2014.

According to the prosecution, the guilt of the defendants has been fully proved, based on the testimony of victims and eyewitnesses, as well as video footage and expert opinions.

UNIAN memo. Forty-eight people died and some 300 injured in clashes between anti-Maidan supporters and Euromaidan activists and a fire incident in Odesa on May 2, 2014. After scuffles in the city center where some were fatally shot, pro-Ukrainian activists moved to Kulykove Pole where separatists had set up a tent camp. Tents caught fire and then a fire started in the building of the Trade Unions House, where most of the victims of the Odesa incident died.

If you see a spelling error on our site, select it and press Ctrl+Enter
Tags: #News of Ukraine#Ukraine#Odesa#court#May2
Latest news