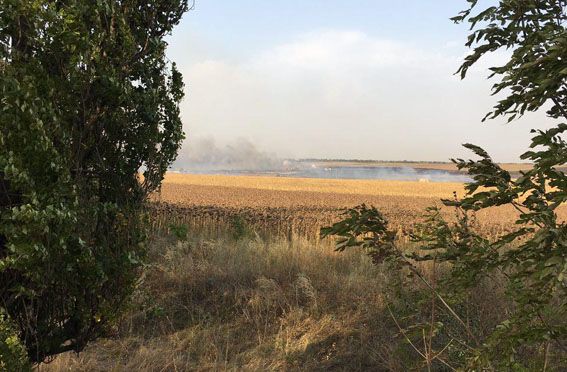 State Emergency Service personnel arrived at the scene, which was cordoned off and guarded by the police.

The rescuers are now taking measures to localize the fire.

Read alsoAlmost 20,000 residents evacuated due to blasts at Kharkiv region military depotLocal police and military prosecutors have also arrived. An investigation into the cause of the incident has begun.

There is no information about casualties, while 30 local residents are reported to have been evacuated because the ammunition depots are located near a residential area.

If you see a spelling error on our site, select it and press Ctrl+Enter
Tags:News of UkraineDonbasexplosionfireammunitionincident