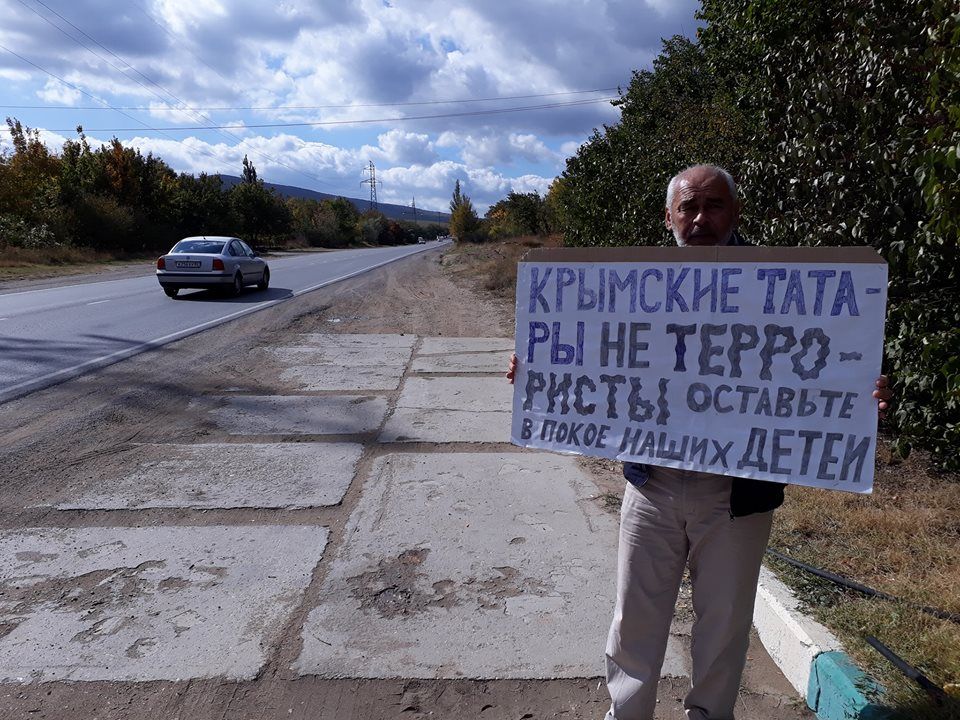 The police arrested the protesters and released them after holding "preventive talks," RIA Novosti reported.

"Forty-nine citizens were taken to the police stations for violating the requirements of the federal law on assemblies, meetings, demonstrations, marches and picketing. All the participants were released after giving their explanations and holding preventive talks with them," the report said.

Read alsoU.S. calls on Russia to release Crimean Tatars' Umerov "immediately"A police probe is underway into establishment and prosecution of those "guilty of organizing and participating in illegal public events."

As UNIAN reported earlier, On October 14, people across Crimea staged single-person pickets against the abuse from security services, searches, arrests, and kidnapping of people. The activists were protesting in Staryi Krym, Feodosia, Simferopol, Bakhchisaray, and other towns of the peninsula.

If you see a spelling error on our site, select it and press Ctrl+Enter
Tags:News of UkraineCrimeapolicepicketprotesters