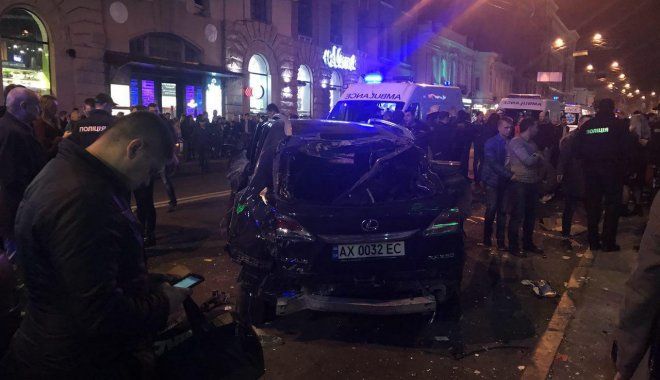 The accident occurred on Sumska Street at 20:45 on October 18.

Read alsoLarge-scale traffic accident in Kyiv: 11 cars collide on slippery avenue (photo)The law enforcers are clarifying the accident. The SUV driver, a woman, has been arrested.

The investigative bodies have initiated criminal proceedings under Part 3 of Art. 286 of the Criminal Code of Ukraine (violation of rules related to traffic or driving safety by drivers). The sanction provides for up to 10 years' imprisonment.

According to the ATN website, two cars, namely Lexus RX 350 and Volkswagen Touareg collided. Following that, the SUV flew off track and ploughed into the crowd killing five and injuring six people.

If you see a spelling error on our site, select it and press Ctrl+Enter
Tags:News of UkraineKharkivaccidentpolicedriver