Although pandemic restrictions have recently been somewhat relaxed, a climate of confusion continues to prevail along the line of contact. 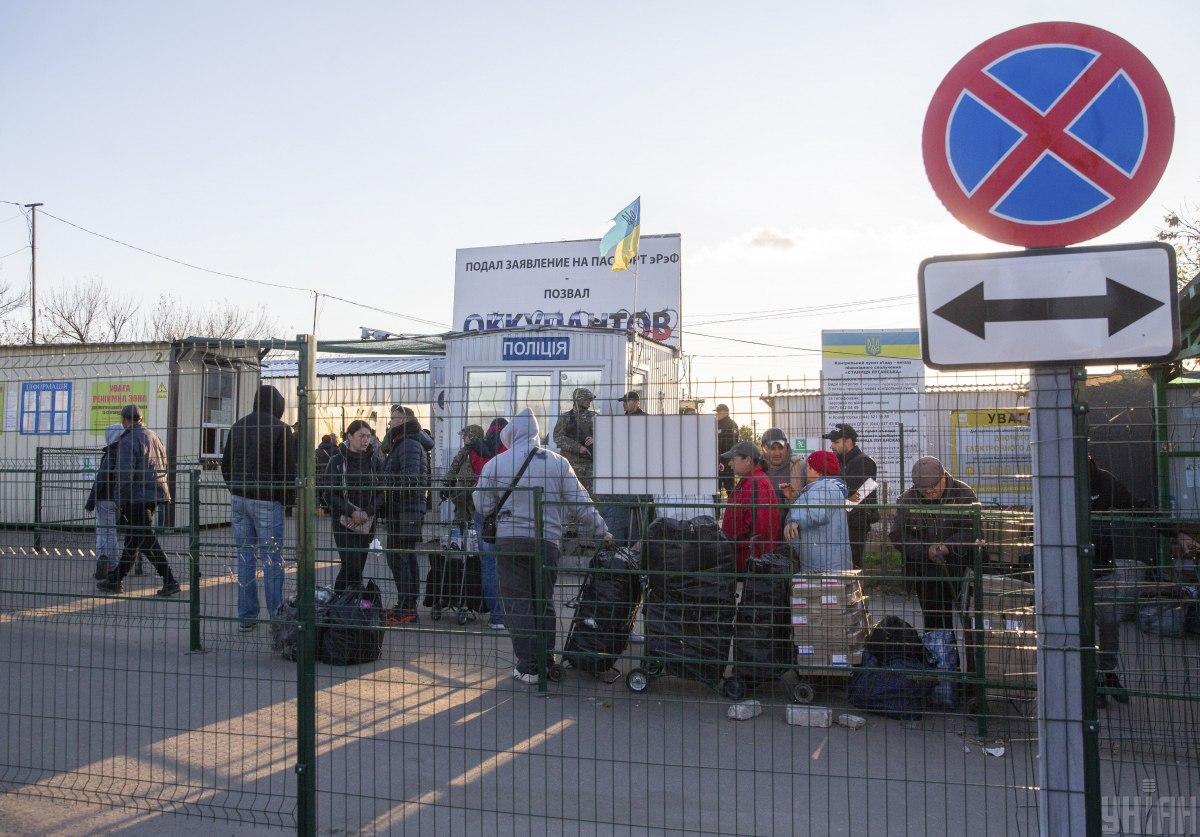 Crossing the line of contact in eastern Ukraine has been a humanitarian concern ever since the outbreak of the Russo-Ukrainian War in 2014. In mid-March 2020, the implementation of coronavirus-related quarantine procedures caused a dramatic reduction in crossings, leading to the rapid deterioration of what was already a problematic situation.

Although pandemic restrictions have recently been somewhat relaxed, a climate of confusion continues to prevail along the line of contact. This uncertainty about checkpoint operations is making life significantly more difficult for the millions of Ukrainians living on both sides of the front lines, Eric Fritz, a Project Manager with Right to Protection, wrote in an article for the Atlantic Council.

For many residents of eastern Ukraine, crossing the line of contact is critical in order to see family, visit property, withdraw cash, or access social programs including pensions. For a period of almost three months beginning in March 2020, the entry-exit checkpoints on the line of contact were effectively closed, with a very limited number of specific exceptions.

In early June, the authorities on both sides began taking steps towards easing the crossing embargo, but a lack of clarity in the reopening process has led to a number of instances where individuals have found themselves stuck for days at a time in the "gray zone," the heavily mined and almost completed exposed open space between the Ukrainian government crossings and Russian-controlled checkpoints.

These miscommunications and persistent blunders are now leading to rising tensions. As has so often proved the case over the past six years of the conflict, confused Ukrainian civilians find themselves caught in the middle and are suffering the consequences.

On June 9, Ukraine's Joint Forces Operation announced that line of contact crossing would resume on the following day. However, messaging about the resumption of operations was insufficiently clear as to exactly how, when, and where crossing would commence. For instance, the Ukrainian government failed to properly message that it was not speaking on behalf of the authorities in non-government controlled areas. Russian occupation forces had, in fact, decided to keep their entry points largely closed.

As a consequence of this confusion, many Ukrainians spent their last dollars traveling to checkpoints only to then discover that there was no way to cross. In fact, it wasn't until a week later, on June 19, that normal operations resumed at Stanytsia Luhanska, the only checkpoint on the line of contact in Luhansk region.

Meanwhile, in Donetsk region, all four existing checkpoints remain closed, with limited exceptions. Only the checkpoint at Novotroitske permits occasional passage, and this is only on an extremely limited basis.

The limited flow through the Novotroitske crossing is permitted for those individuals designated on certain previously approved lists. The drafting process of these lists remains opaque and unclear.

The Ukrainian government has since agreed to the use of these lists in order to prevent people from getting stuck in the gray zone. Nonetheless, the climate of confusion continues. Poor dissemination of information has created several localized humanitarian crises with people stuck in the highly dangerous and inhospitable gray zone for days at a time.

This lack of clarity is creating a fertile environment for dangerous misunderstandings. Over the past few weeks, rumors have been circulating that Russian occupation forces were fully opening the checkpoint at Novotroitske. As a result of this speculation, a number of individuals piled into the gray zone on July 6 hoping to cross the front line despite the fact that they were not featured on existing lists of approved persons.

Kateryna Rachynskaya, a checkpoint monitor for the local human rights NGO Right to Protection, recounts what happened next. She says a total of 83 people were lined up hoping to enter non-government controlled areas before things began to turn ugly. "The forces of the so-called Donetsk Peoples Republic began to threaten people. People started filming them, force was used against them, and 15 people were injured. Some people also had their smartphones smashed."

The militants apparently started beating some of the men, hoping that this would encourage the crowd to turn back. In response, 34 people did indeed give up and returned to government controlled areas, while the other 49 remained in the gray zone for the entire day with no food, water, or protection from the sun. They were eventually permitted to enter non-government controlled areas in the late evening.

A different group of 30 individuals trying to enter government controlled areas of Ukraine were trapped overnight in the gray zone on June 23. They weren't permitted entry because they either didn't have smartphones, or they hadn't yet downloaded the "Act at Home" app, a smartphone application which the Ukrainian government has made a requirement for entering Ukraine during the coronavirus pandemic.

These individuals also couldn't return to the Russian-occupied zone because the authorities in non-government controlled Donetsk had made them sign forms vowing they wouldn't attempt to return until the coronavirus situation had improved. In this instance, one 90-year-old man was stuck in the gray zone for two days.

Similar accounts continue to mount up. It is not difficult to imagine how dangerous such confusion and misinformation is in a conflict environment like eastern Ukraine, with its disproportionately elderly and impoverished population. Greater coordination of crossing procedures is urgently needed in order to prevent further unnecessary hardship among a population already ravaged by over six years of war.