Combat readiness checks are held weekly, both in the day and night time. 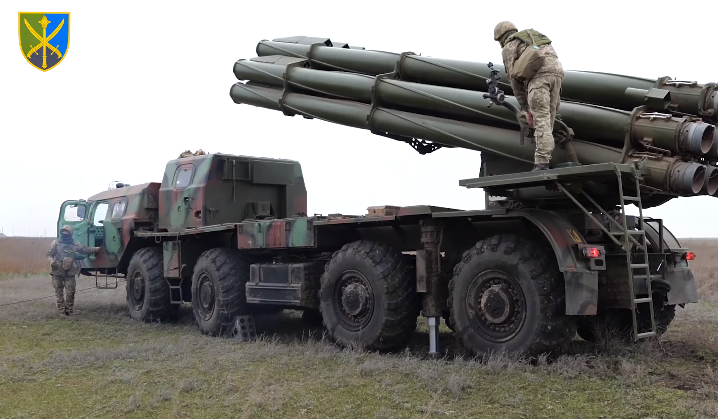 The Ukrainian military are conducting maneuvers at one of the training grounds in Kherson region to test readiness of its units operating the Smerch multiple rocket launchers.

Servicemen of the units subordinate to the Army's Joint Forces Command, serving in the southern direction, have been involved in the practical phase of maneuvers, as reported by the JF HQ.

"Ukrainian troops worked out the elements of preparations for a rocket launch against conditional enemy targets," the report says.

According to Commander of the Ukrainian Joint Forces Operation, Serhiy Nayev, defenders of the country's south advanced to ad hoc launch positions, deployed and took measures to prepare for launches with elements of site security and defense.

"In conditions as close as possible to combat, the battery quickly and smoothly completed a march and arrived at rocket launch sites. After that, it deployed and worked out precise aiming routine on specified targets," the commander said.

Combat readiness checks are held weekly, both in the day and night time.