Data are available for Kyiv, Kharkiv, Odesa, and a number of other cities. 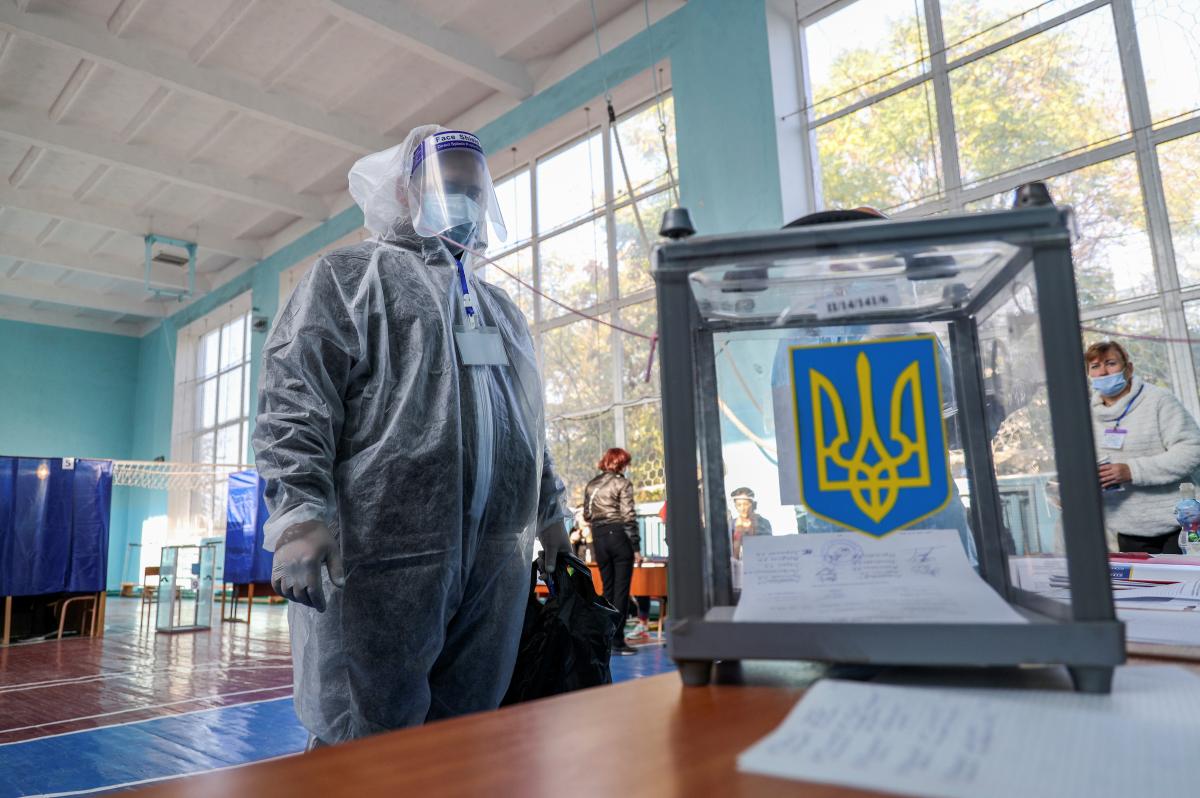 The results of exit polls and the names of the likely winners in the first round of local elections held on October 25 are already being released in Ukraine's regions.

The exit poll by Rating Sociological Group says incumbent Mayor Vitaliy Klitschko is in the lead with 47.8% of the votes.

He could compete in runoff with the candidate from the Opposition Platform – For Life (OPZZh), Oleksandr Popov, who scored 8.6%. The third is Serhiy Prytula (Holos) with 8.3%

Klitschko's UDAR party is so far winning the election to the Kyiv City Council with 21.3%. European Solidarity is getting 18%, the Servant of the People is getting 9.5%, former mayor Oleksandr Omelchenko's Yednist is sealing 6.8%, OPZZh is getting 6.7%, and Batkivshchyna is so far having 8.6%.

In Kharkiv, incumbent mayor Hennady Kernes may seal the win in round 1 with 57.9%, according to a poll held by media. The runner-up is the Opposition Platform – For Life's Oleksandr Feldman (12.12%), and the third comes Oleksiy Kucher (Servant of the People) with 11.98%.

Incumbent Andriy Sadovyi is leading with 38%, while ex-head of the regional state administration Oleh Syniutka has 28%.

Incumbent Borys Filatov is in the confident lead with 44.47%. The runner-up is Zahid Krasnov with 14.44%.

According to the exit poll held by Savik Shuster's Studio and Ukraine 24 TV Channel, incumbent Mayor Hennady Trukhanov is in the lead with 34.4%. Mykola Skoryk with the OPZZh gets into the runoff with 17.9%.

Servant of the People's candidate Oleh Filimonov received only 13.7%, the exit poll says so far.

Read alsoZelensky says free, democratic elections in Ukraine testify to true democracyMost seats in the Odesa City Council have been taken by Trukhanov's party Doviryay Spravam (23.7%), while OPZZh also makes it through with 22.3%, as well as Servant of the People (15.9%), and European Solidarity (12.7%).

In Uzhgorod, Bohdan Andriyiv has sealed the support of most voters, while in Chernivtsi, Roman Klichuk is in the lead.

The incumbent mayor of Cherkasy, Anatoly Bondarenko, has so far scored 32.66%.

Yuriy Vilkul is leading in Kryvyi Rih with 42.80%.

In Ivano-Frankivsk, 86% of voters backed the incumbent mayor, Ruslan Martsynkiv.

In Vinnytsia, the incumbent Serhiy Morhunov is confidently winning with 66%.

For the incumbent mayor of Ternopil, member of the Svoboda party Serhiy Nadal, 72.3% of the city's residents have reportedly voted.

In the first round of the elections in Mykolaiv, incumbent Oleksandr Senkevych (Propoziytsia) is leading with 40.78%.

Former mayor of Sloviansk, Nelia Shtepa, earlier accused of encroaching on the territorial integrity of Ukraine, will again fight for mayor's seat.

In Chernihiv, incumbent Vladyslav Atroshenko is set to seal a landslide win with some 85% of the votes, the local exit poll by League of Voters says.

If you see a spelling error on our site, select it and press Ctrl+Enter
Tags:News of Ukrainelocalelectionsexit polls