On December 30, a device consisting of two grenades connected to a black box was revealed outside his elderly mother's home in the city of Rivne. 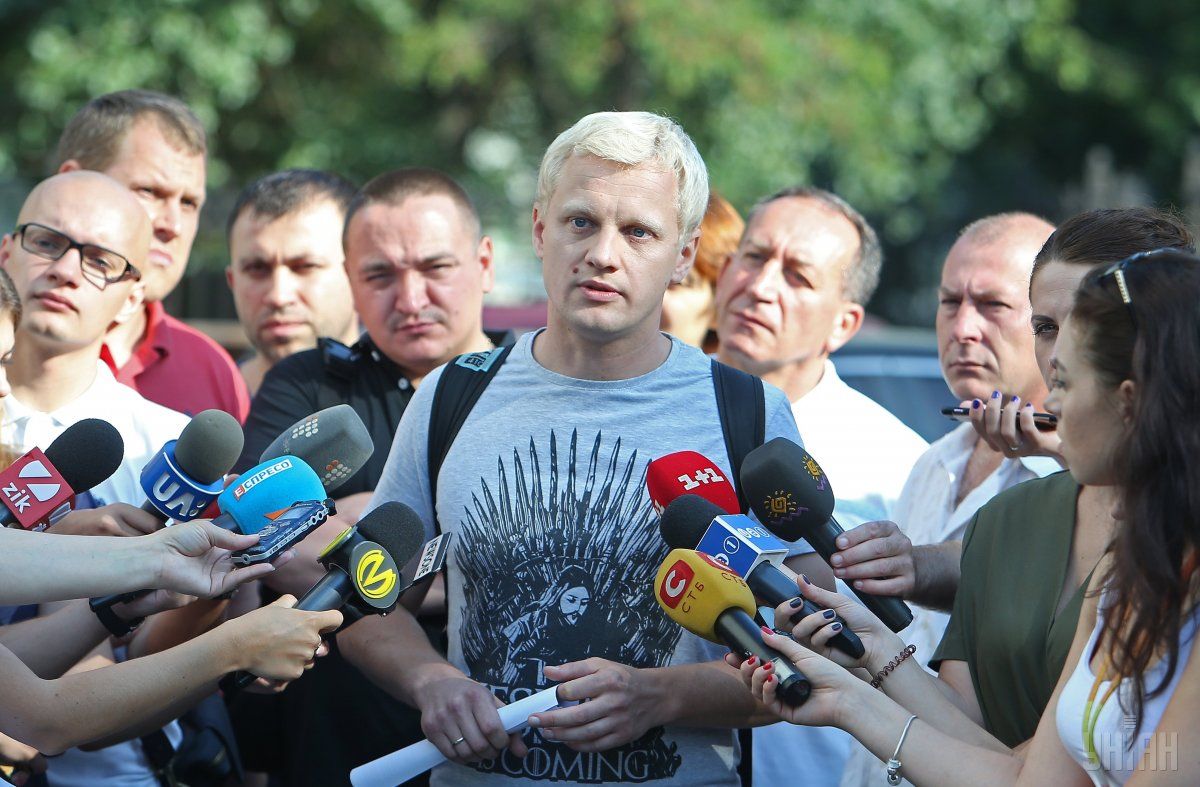 A high-profile civic activist, chair of the board at Ukraine's Anti-corruption Action Center Vitaliy Shabunin has apparently faced another series of intimidation efforts – this time targeting his family.

On December 30, a device consisting of two grenades connected to a black box was revealed outside his elderly mother's home in the city of Rivne.

The police have later reported that no explosives were found in the grenades planted outside the 69-year-old mother's apartment door.

Read alsoZelensky "concerned and upset" over torching of anti-graft activist's home (Photo)At the same time, Shabunin took the incident seriously, blaming law enforcement chiefs for the inability to ensure safety of Ukrainian citizens as the perpetrator, the activist claims, believes in own impunity.

"All together, they have failed to punish any of those who ordered attacks on activists. In thousands of cases of violence against Ukrainians, the situation is similar," he said.

The Office of the Prosecutor General has opened criminal cases into a murder threat and hooliganism with the use of weapons.

On December 31, Shabunin took to Facebook to report another worrisome find: "An explosive device was also planted outside the apartment where my wife's parents live."

The police have confirmed that a pair of F1 hand grenades were found in an apartment block in Kyiv.

"Taking these incidents into account", police said they will offer Vitaliy Shabunin a package of security services.

Shabunin and his family were out at the time.

The incident brought no casualties as his parents, who were at home when the fire broke out, managed to get out of the house after a neighbor had heard a blast and seen the front door flare up.

The police launched criminal proceedings under Part 2 of Article 194 (intentional destruction or damage to property) of the Criminal Code of Ukraine.

The police said no remains of an explosive device had been found at the site.