Local communists have seized on the February 14 holiday hype to promote their agenda. 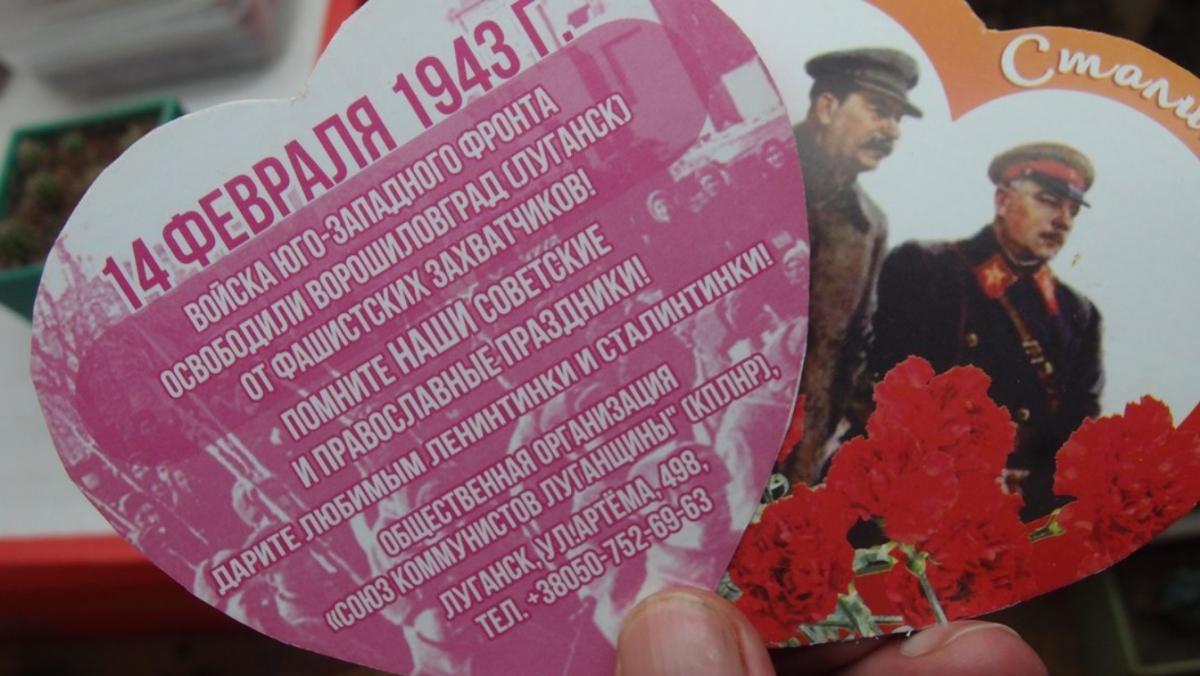 In a once major industrial city of Luhansk in eastern Ukraine, which is now one of the main strongholds of Russian proxy forces waging war against government troops, local adepts of communist ideas were spotted handing out to strangers in city streets what they called "Stalintine's" greeting cards with Soviet dictator Joseph Stalin' picture on them.

That's according to the Donbas News outlet.

The stunt was aimed at mocking Valentine's Day, traditionally ignored by communists as a "product of the Western world."

Read alsoRights activist: Russia's tactic in Crimea is to stigmatize Crimean TatarsThe cards circulated in Luhansk say February 14 marks the anniversary of the city's liberation from Nazi troops in 1943.

The "greeting" calls on residents to refrain from celebrating Valentine's Day, instead honoring "Soviet and Orthodox holidays."

The Communist Party has officially been banned in Ukraine as part of decommunization spree that was formalized in April 2015 when communist symbols were outlawed by Parliament.

If you see a spelling error on our site, select it and press Ctrl+Enter
Tags:News of UkraineLuhanskStalinoccupiedDonbas