According to eyewitnesses, the police used tear gas. 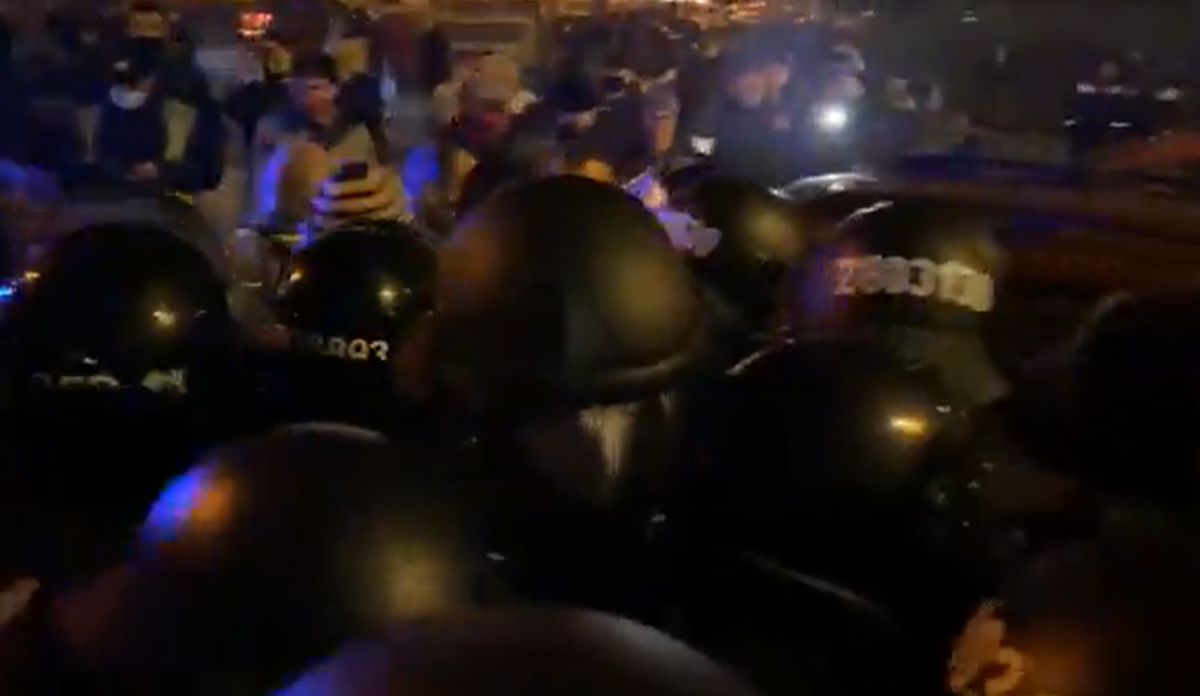 Clashes between activists and police officers have been reported outside Kyiv's Shevchenkivsky District Court amid the ruling to extend the arrest of former Donbas war volunteer and musician AKA 'Riffmaster' Andrii Antonenko, a suspect in the murder case of journalist Pavel Sheremet.

Read alsoSheremet case: Ex-Donbas war volunteer, musician Antonenko's arrest extended (Photos)Witnesses and journalists said dozens of people had come to the court building. Later, clashes broke out between them and the police officers. According to eyewitnesses, the police used tear gas, according to an UNIAN correspondent.

Today, October 21, the court ruled to extend the preventive measures against Antonenko and army volunteer and pediatric surgeon Yulia Kuzmenko, as well as the obligations laid on nurse with a paratrooper unit Yana Duhar until December 19 (she is banned from communicating with witnesses in the high-profile case and must be present when summoned by investigators or prosecutors).