The event is to begin at noon. 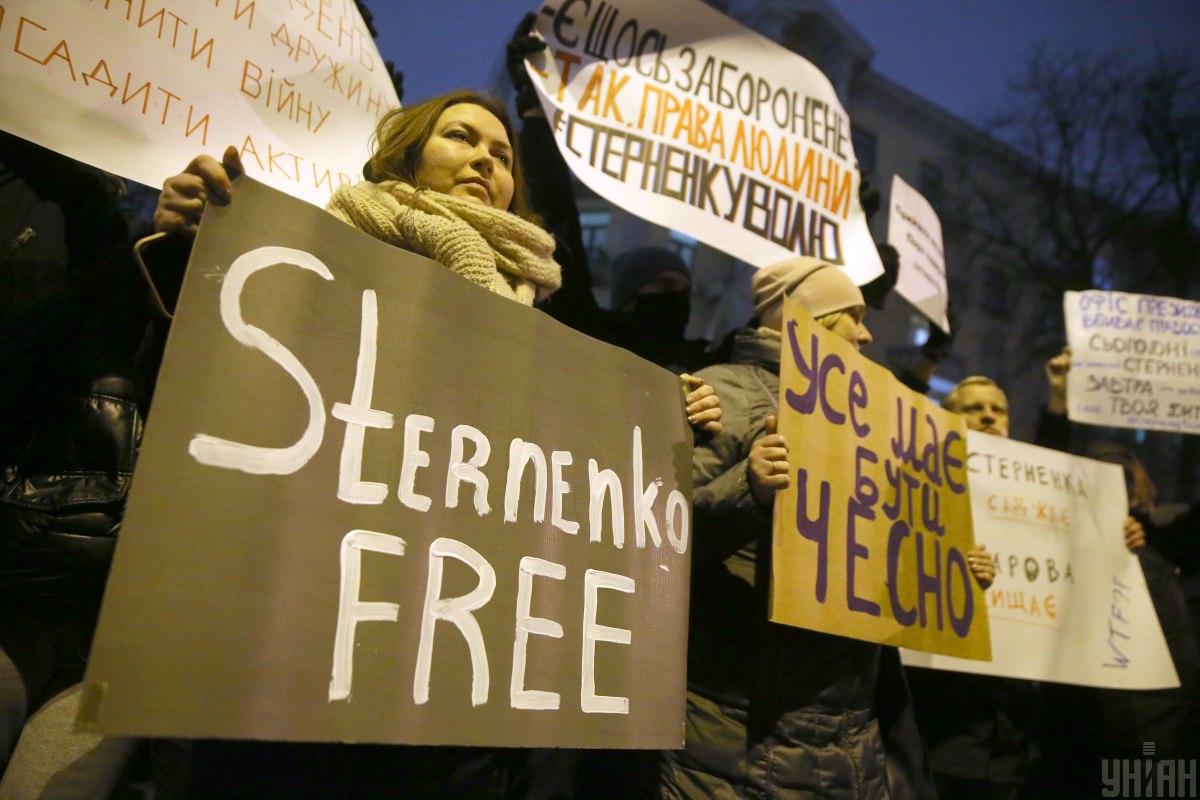 Protesters in Kyiv have announced that a new, indefinite rally in support of imprisoned activist Serhiy Sternenko is to start at noon on February 27.

They invited supporters to join the protest action over the court ruling and imprisonment of Sternenko, according to an UNIAN correspondent.

Protesters also announced over the loudspeaker that updates regarding the event would be posted on social media.

Despite the fact that the February 23 rally was over, some activists started throwing smoke bombs and firecrackers again, the correspondent said.

Hundreds of people took to the streets in Kyiv in protest against Sternenko's imprisonment on February 23, which was followed by detentions amid clashes with police. The number of detainees grew to 24; they were later released after interrogation. Over 2,000 people took part in the protest event, police said.

If you see a spelling error on our site, select it and press Ctrl+Enter
Tags:News of UkraineprotestrallySternenko