The ministry sent a request to the Libyan Foreign Ministry, asking for the release of all the Ukrainians held in that country's prisons. 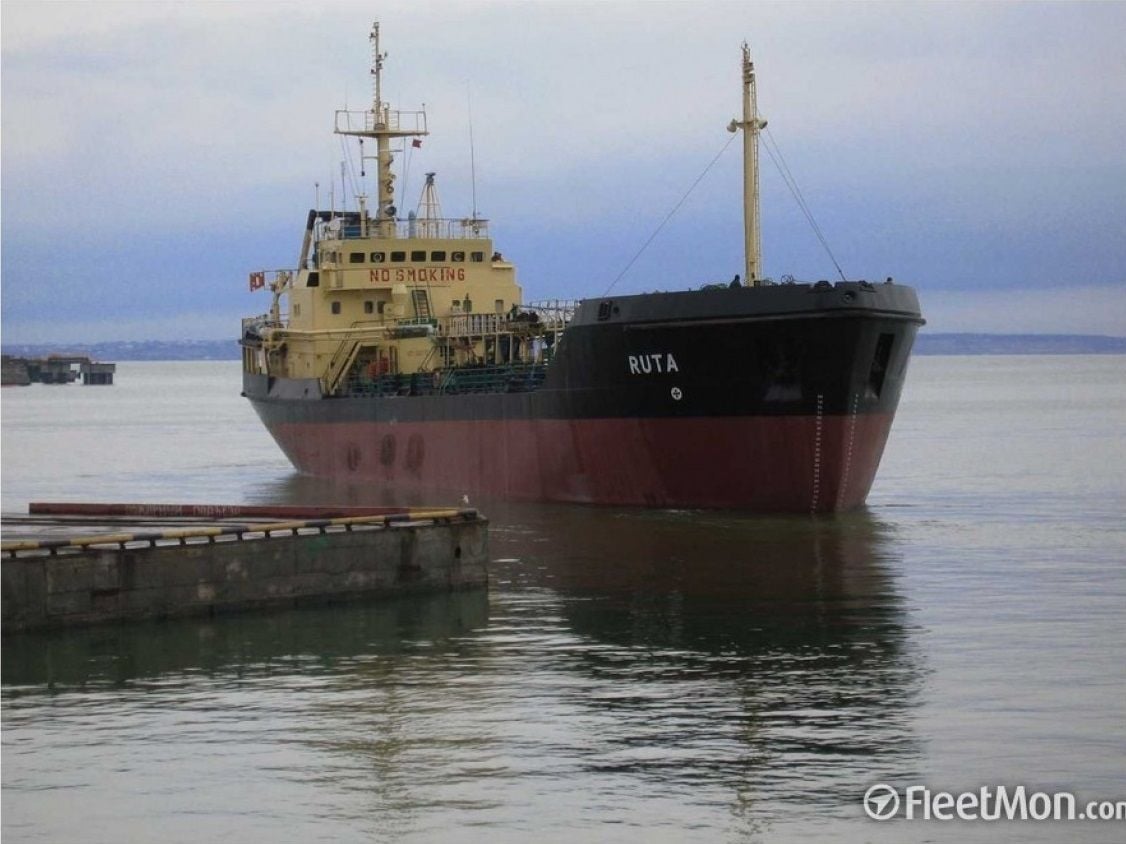 The Ruta was seized in Libya in April 2017 on charges of oil smuggling / Photo from fleetmon.com

Ukraine's Ministry of Foreign Affairs says 14 Ukrainian sailors detained on board the Ruta tanker in Libya in 2017 and now kept in a prison in Tripoli may be placed under house arrest on June 11.

Director of the Consular Service Department of Ukraine's Ministry of Foreign Affairs Serhiy Pohoreltsev told UNIAN that the Ukrainian Embassy in Tunisia, which is also responsible for Libya, had been instructed to maximize efforts to resolve the sailors' issues after their relatives' appeal following the tanker crew's announcement of hunger strike.

Pohoreltsev said the Foreign Ministry had involved all the diplomatic and consular legal instruments to protect the rights and interests of the citizens of Ukraine. "Given the spread of the COVID-19 pandemic, the Ukrainian side on March 23, 2020, sent an official request to the Libyan Foreign Ministry, demanding the release of all the Ukrainians held in that country's prisons. Now our diplomatic mission's request is under consideration by the Libyan side," he said.

In addition, during a telephone conversation on April 23, Ukrainian Foreign Minister Dmytro Kuleba called on his Libyan counterpart, Mohamed Taher Siala, to help resolve the issue of the release of the Ukrainians and their return home.

"On April 29, 2020, Tripoli's appeals court decided to change the preventive measure for the crew of the Ruta tanker. In the case of payment of bail (approximately US$21,000 per each crew member for the crew of 14 sailors) and guarantees that the citizens of Ukraine will be present at the next hearing, which is scheduled for June 11, 2020, the sailors can be transferred under house arrest," Pohoreltsev said.

According to him, "despite all the challenges related both to the spread of the COVID-19 pandemic and the escalation of hostilities in Tripoli, the Ukrainian diplomats will continue to take all possible measures to protect the rights and interests of Ukrainian citizens who are in Libya."

As UNIAN reported earlier, relatives of the sailors and representatives of the Assol Seamen Relief Fund announced in Odesa on May 14 that the 14 Ukrainian sailors of the Ruta tanker, detained in 2017, had gone on hunger strike.

Late in April 2017, the Libyan naval forces seized the Ruta vessel flying under the Ukrainian flag, on suspicion of smuggling crude oil from Libya. The vessel belongs to an Odesa-based company. There were 14 Ukrainians on board the ship. They are residents of Odesa, Kherson and Mykolaiv regions.

The sailors have been kept in a prison in Tripoli for three years. Another four Ukrainian sailors who are members of the crew of the Captain Khayyam tanker (sailing under the flag of Sierra Leone) are held in another Tripoli prison.

According to Assol, the Libyan court did not issue a verdict on the Ruta crew, while a decision was made on the crew members of the second tanker. In particular, all crew members were sentenced to five years in prison and each must pay about US$80,000.

Libya declared an amnesty over the COVID-19 pandemic. In particular, the local authorities are reducing the number of people held in prisons to avoid their massive infection with the coronavirus. Only dangerous criminals, such as terrorists, are kept behind bars.

As a result of talks, many countries were able to return their citizens from Libya. In particular, Turkey repatriated its sailors who were changed in the same case as the Ukrainians.

Now, many of the Ukrainian sailors in Libya are seriously ill, in particular, two contracted hepatitis in prison, some had a stomach ulcer, many lost their teeth due to poor nutrition and lack of medical care. The oldest prisoner - the captain of the Ruta - is over 70 years old.

Representatives of Assol said they and the sailors' relatives had repeatedly contacted the Ukrainian authorities – President Volodymyr Zelensky, the head of the Presidential Office, the Verkhovna Rada, the Prosecutor General's Office, the Justice Ministry, the Security Service of Ukraine, the Ministry of Foreign Affairs of Ukraine and its Consular Service Department, but they had received either formal replies or their requests had been ignored.