The death toll is five persons, 34 people have been taken to hospital. 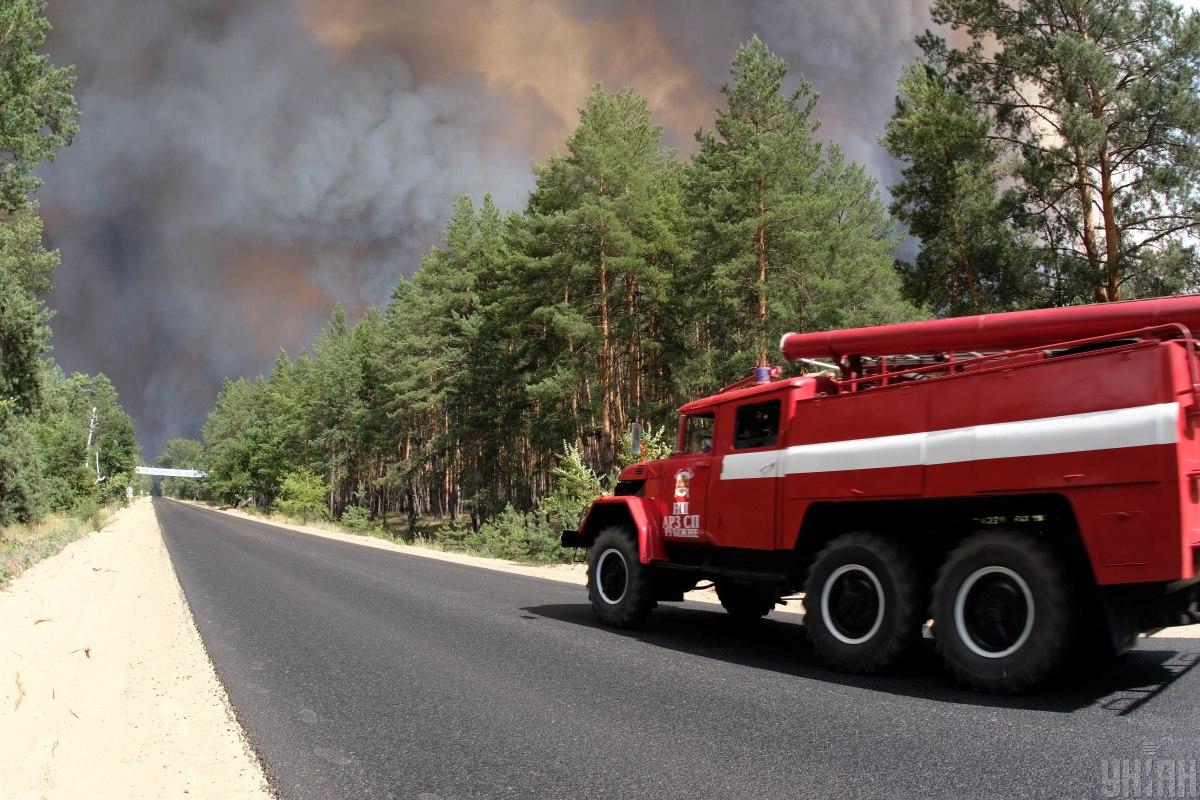 Firefighters have brought a big wildfire in Luhansk region's Novoaidarsky district, which broke out on July 6, under control.

A massive forest fire in Novoaidarsky district, which started near the village of Oskolonivka and was spread by gusts of wind to the forests near the villages of Kapitanove and Voronove, and to the area of the village of Smolianynove, had been contained as of 17:40 Kyiv time on July 9, according to Ukraine's State Emergency Situations Service.

There is no threat of the spread of the fire.

According to the service, 1,494 people and 293 pieces of equipment, including two An-32P aircraft, were involved in an operation to extinguish the fire.

As UNIAN reported earlier, a fire on July 6 broke out on an area of about 50 hectares near the village of Oskolonivka in Novoaidarsky district, which is part of the Borovsky and Okhtyrsky forestry departments.

Gusts of wind (up to 25 meters per second) and high air temperatures (+ 38 °C) let the fire spread to the village of Smolianynove. It destroyed and damaged dozens of houses, 30 people, including 13 children, were evacuated from Smolianynove and a nearby gardening co-operative, and another 30 people were resettled.

The death toll was five persons, 34 people were taken to hospital.

The police are considering three main theories behind the fire: severe weather events, careless handling of fire, and arson.

On July 8, Ukrainian President Volodymyr Zelensky announced that the state would allocate UAH 50 million in aid to those affected by the fires.