The Moldovan side to the Joint Control Commission has issued a statement. 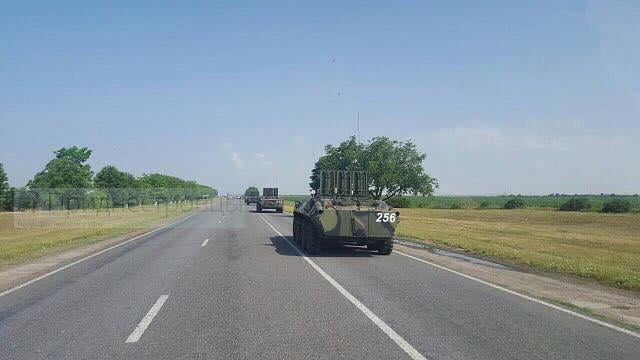 A huge column of Russian armored and transport vehicles has been spotted on the Tiraspol-Rybnitsa highway, a few kilometers from the southern border with Ukraine.

"Meanwhile, a column of Russian armored vehicles is moving from the base of Operational Group of Russian Forces [in Transnistria] on the Tiraspol-Rybnitsa highway, a few kilometers from the border with Ukraine. This is the security zone, they are forbidden to move there. Is the OSCE silent?" military expert Artem Filipenko wrote on Facebook. 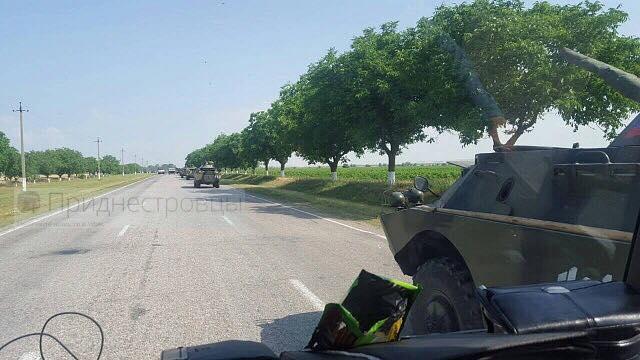 Filipenko also published a statement by the Moldovan side of the Joint Control Commission (JCC): "Today, June 14, starting from 08:30, on the Tiraspol-Rybnitsa highway toward Grigoriopol-Dubossary, three columns were spotted with various types of military and armored vehicles (TAB, BRDM) (possibly, the Operational Group of Russian Forces), who accompanied special vehicles of unconstitutional militia structures. Having demanded the answer of other participants about the movement of military columns, the Transnistrian participant in the JCC pointed out that all military equipment in Tiraspol was in permanent deployment areas and did not move through the security zone and representatives of the Russian Federation reported that they would document this case and would inform the JCC at the next meeting, which will be held on June 21, 2018."

As UNIAN reported earlier, Russian navy was put on high alert in the Black Sea around Crimea and in the Sea of Azov, according to Reuters.

Warning: Footage contains explicit language (Russian)
If you see a spelling error on our site, select it and press Ctrl+Enter
Tags:RussiaUkraineTransnistriaMoldovathreatconvoy