According to intelligence reports, one enemy soldier was killed and another three were wounded. 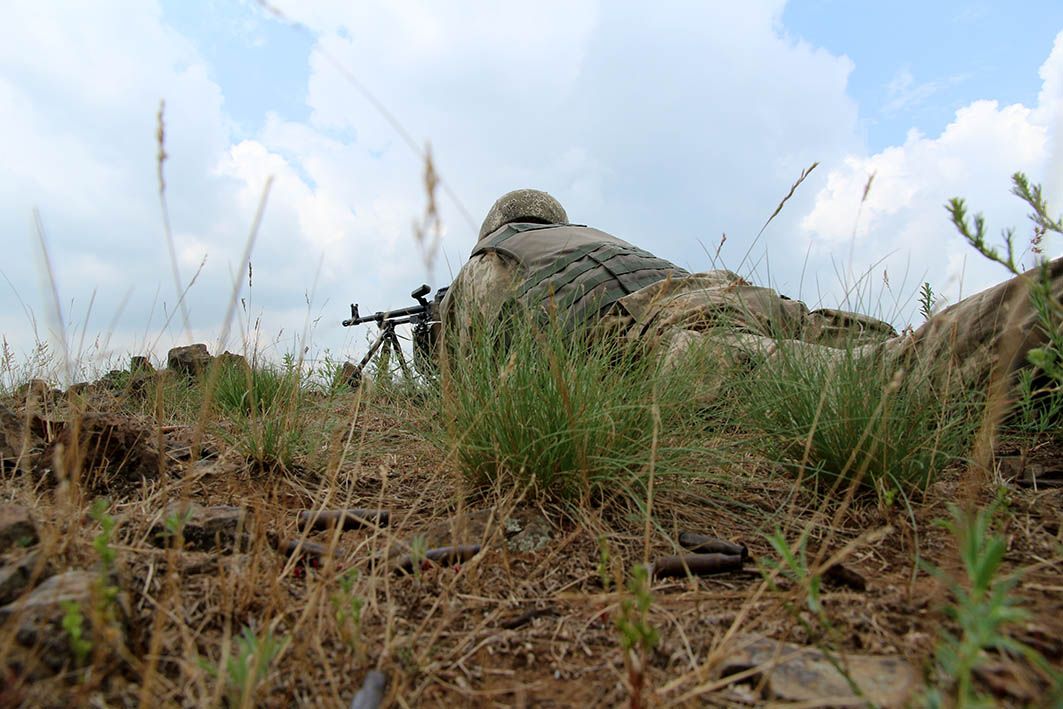 Two Ukrainian soldiers were wounded in action in Donbas, eastern Ukraine, in the past day, July 14, as Russian-led forces mounted 23 attacks on positions of Ukraine's Joint Forces Operation (JFO) units.

The enemy used proscribed 120mm mortars one time, the press center of the JFO headquarters said in its morning update on Facebook on July 15.

According to intelligence reports, one enemy soldier was killed and another three were wounded.

Since midnight on Sunday, July 15, Russian-led forces have mounted four attacks on Ukrainian troops near the villages of Krymske, Novoluhanske, Taramchuk, and Hnutove.

Earlier, U.S. Special Representative for Ukraine Negotiations Kurt Volker said that Ukrainian servicemen are allowed to fire back to protect their own territory from the foreign army.