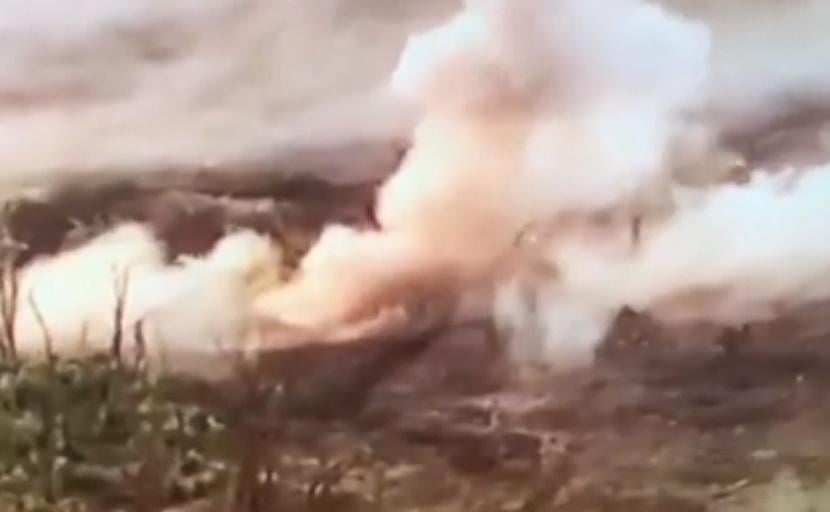 One of the dugouts of Russian-occupation forces in Donbas, eastern Ukraine, has been destroyed in an artillery strike.

The relevant video was published by volunteer Serg Marco on Facebook.

According to him, at least one terrorist was killed and three others were wounded in the blast.

As UNIAN reported earlier, Russia's hybrid military forces mounted 32 attacks on Ukrainian army positions in Donbas in the past 24 hours, with one Ukrainian soldier reported as killed in action and another one as wounded in action.

Special Representative of the OSCE Chairperson-in-Office to the Trilateral Contact Group (TCG) on settlement situation in eastern Ukraine Ambassador Martin Sajdik on Thursday said that the possible deployment of UN peacekeeping forces in Donbas would be discussed at the meeting of Political Directors of the foreign ministries of the Normandy Four (Ukraine, Germany, France and Russia) in Berlin.

If you see a spelling error on our site, select it and press Ctrl+Enter
Tags: #Donbas#Ukraine#RussianAggression#video#jointforces#JFO
Latest news