The Ukrainian Volunteer Army continues to horrify the enemy. 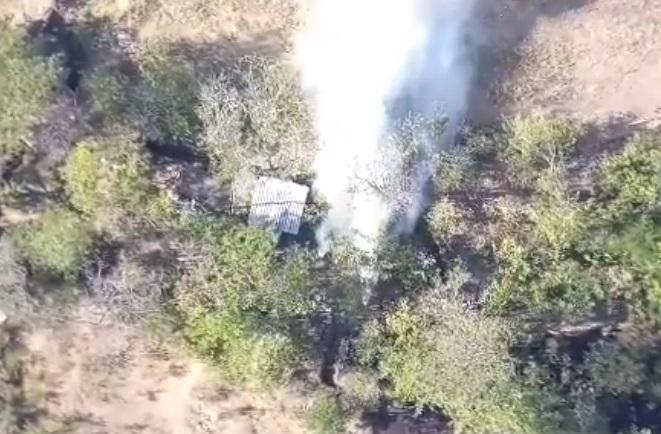 Ukrainian Member of Parliament and chief of the Ukrainian Volunteer Army Dmytro Yarosh has shared footage of how the Ukrainian army was destroying enemy positions and military equipment of Russian-led terrorists in Donbas, eastern Ukraine, with the use of drones.

"A silent video of how unmanned [drone] bombers of the Ukrainian Volunteer Army continue to horrify the enemy... This time, there were several flights, resulting in four wounded terrorists and destroyed military equipment," Yarosh wrote on Facebook, describing the footage.

As UNIAN reported earlier, Russia's hybrid military forces mounted 43 attacks on Ukrainian army positions in Donbas in the past 24 hours, with two Ukrainian soldiers reported as wounded in action. For the first time in several months, the enemy used Grad multiple rocket launchers.

If you see a spelling error on our site, select it and press Ctrl+Enter
Tags:DonbasdronestrikeRussianTroopsUkraineArmy